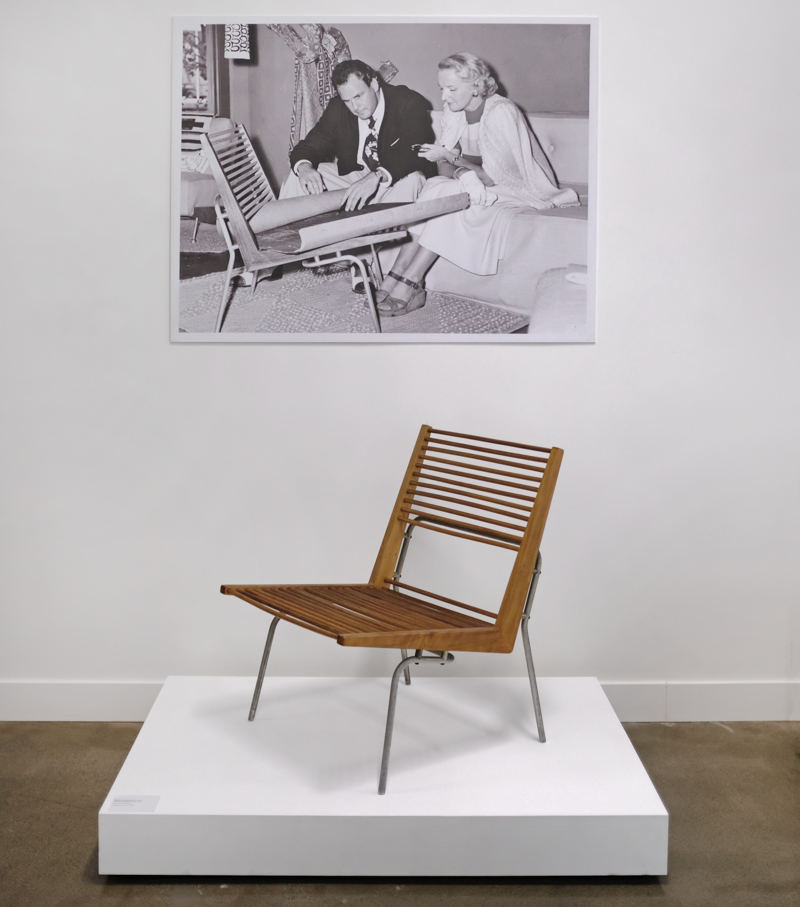 It's been over a year since The Maurice Martiné exhibition I did with Archive 20th Century I never got around to actually doing a post with photos of the exhibition, so here it goes. 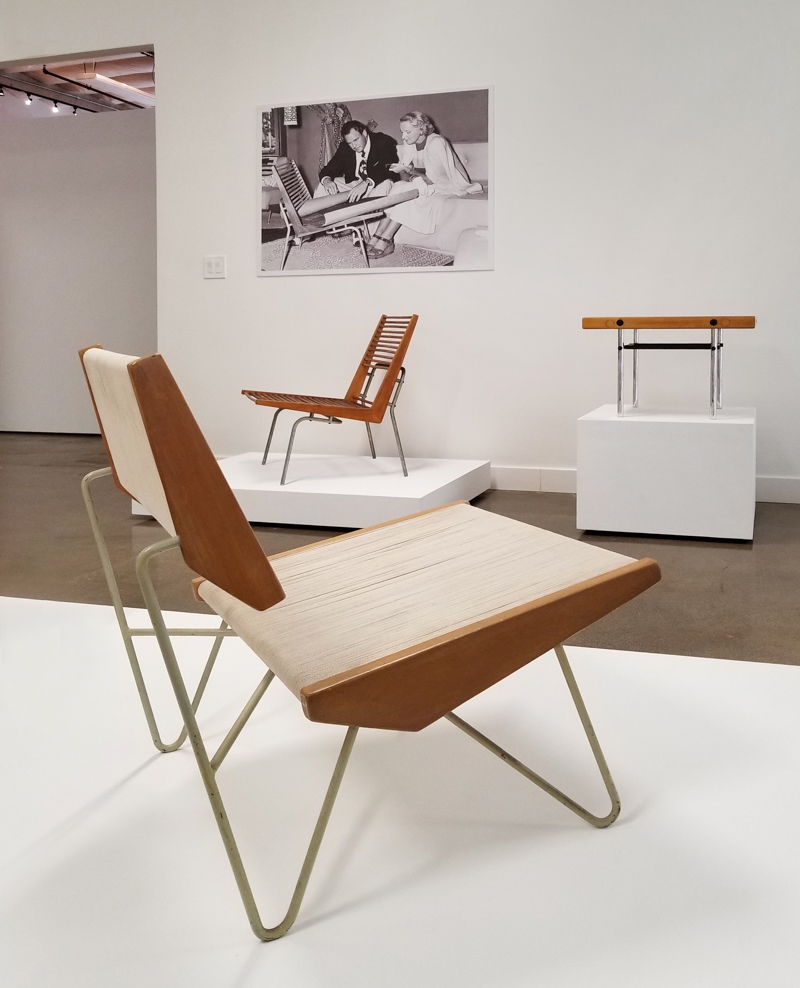 Maurice Martiné (1918-2006) spent over five decades designing in Laguna Beach, Ca. His award-winning furniture designs from the 1940s and 50s received international notoriety. He was hired by top architects, such as A Quincy Jones and William Cody– yet he is relatively unknown and examples of his work are extremely scarce.

This exhibition presented the greatest number of Martiné designs ever assembled, all sourced from private collections. 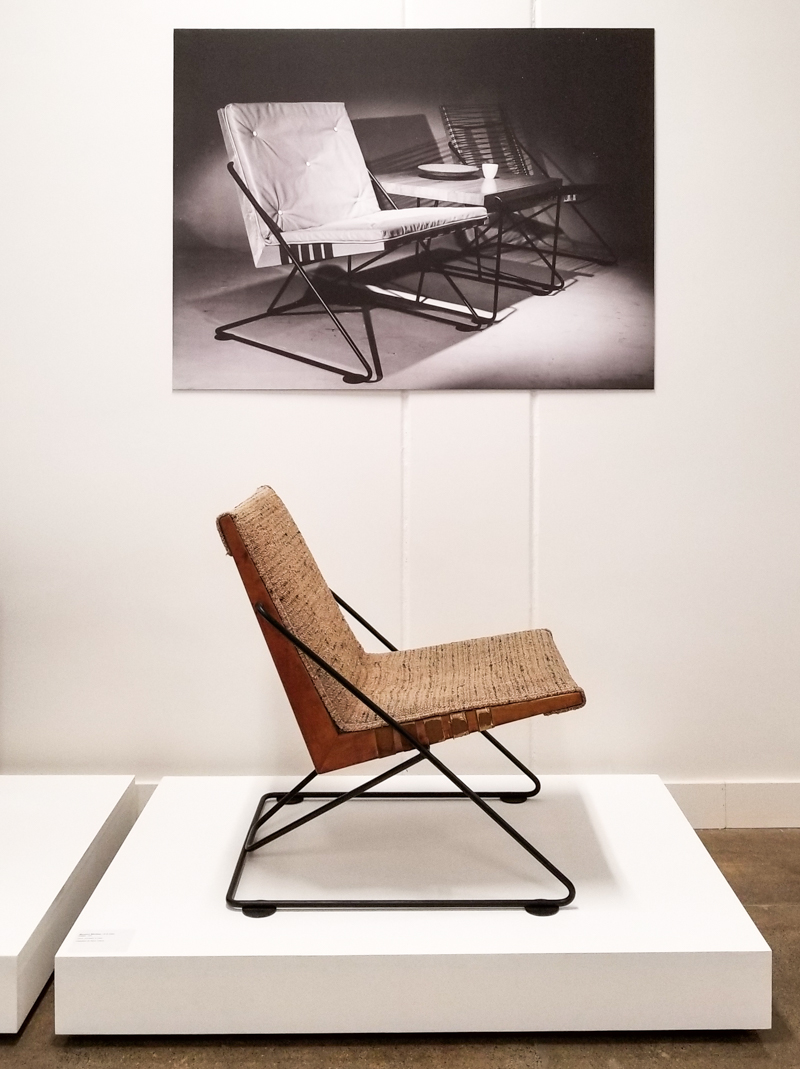 This was my first Martiné piece. 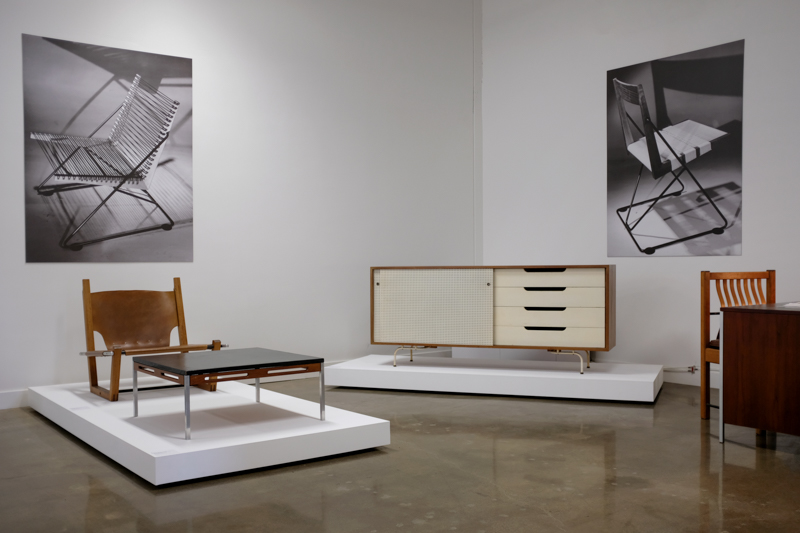 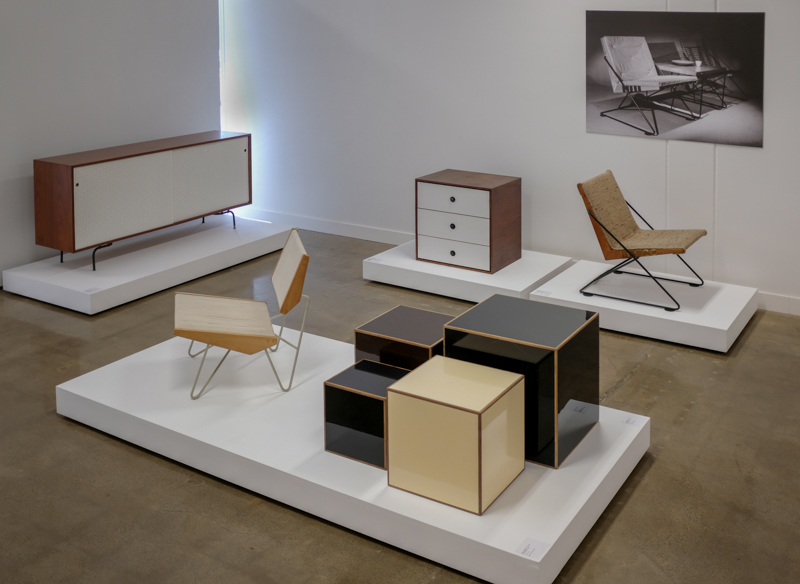 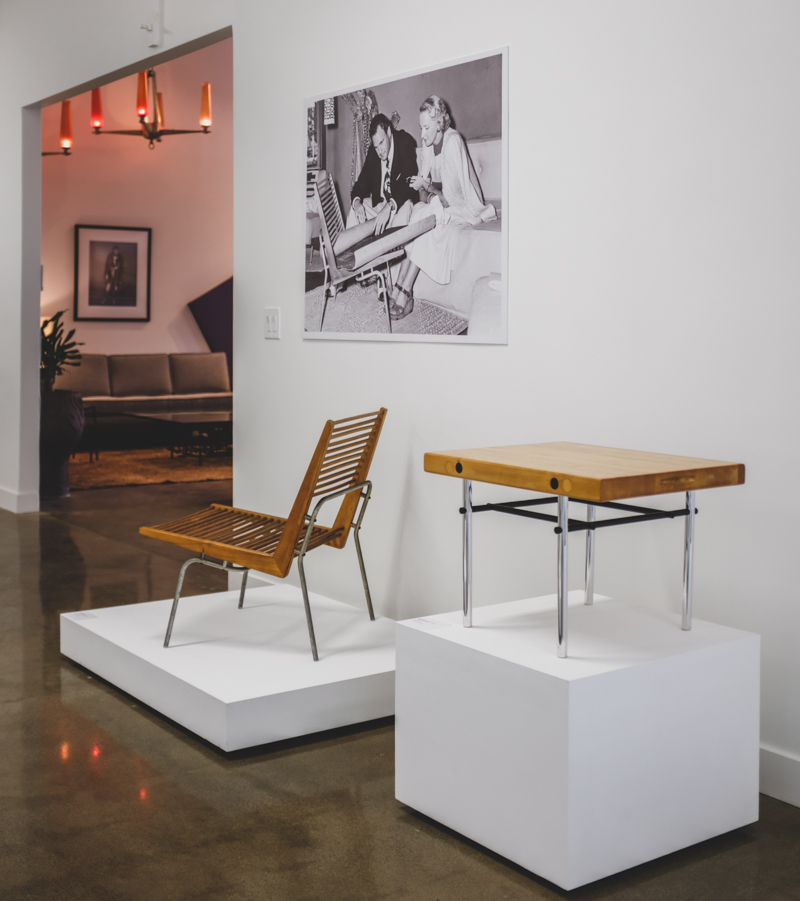 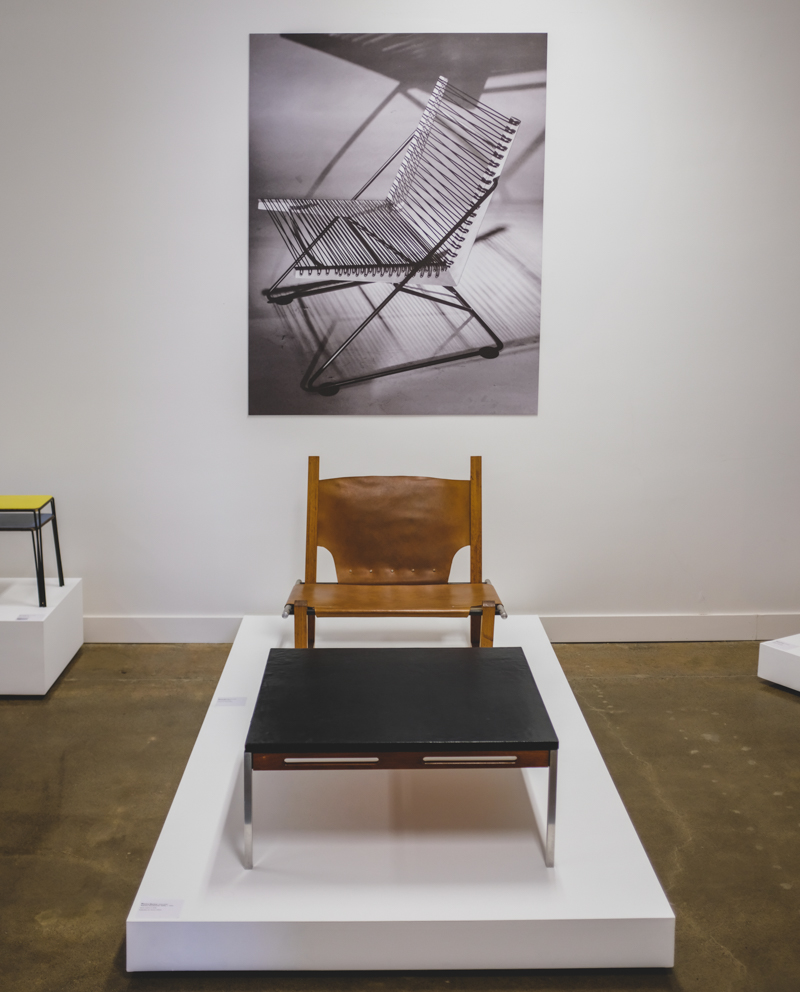 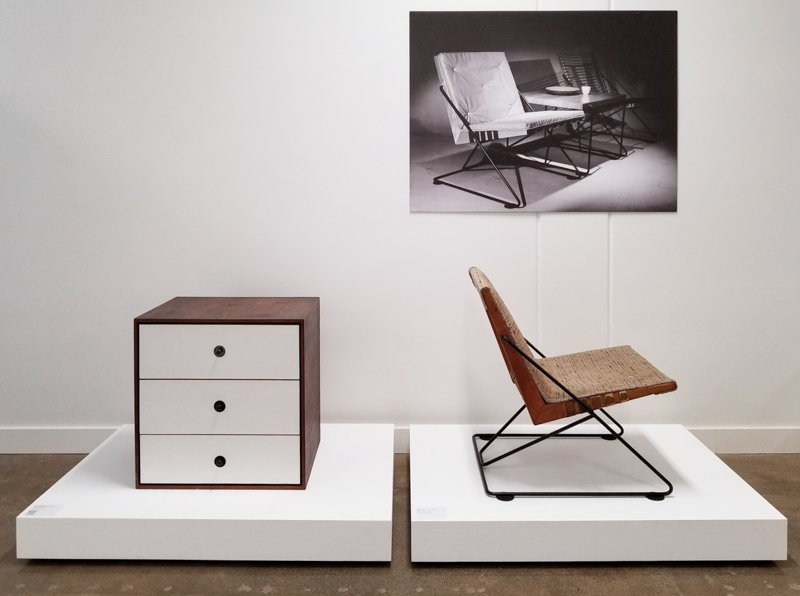 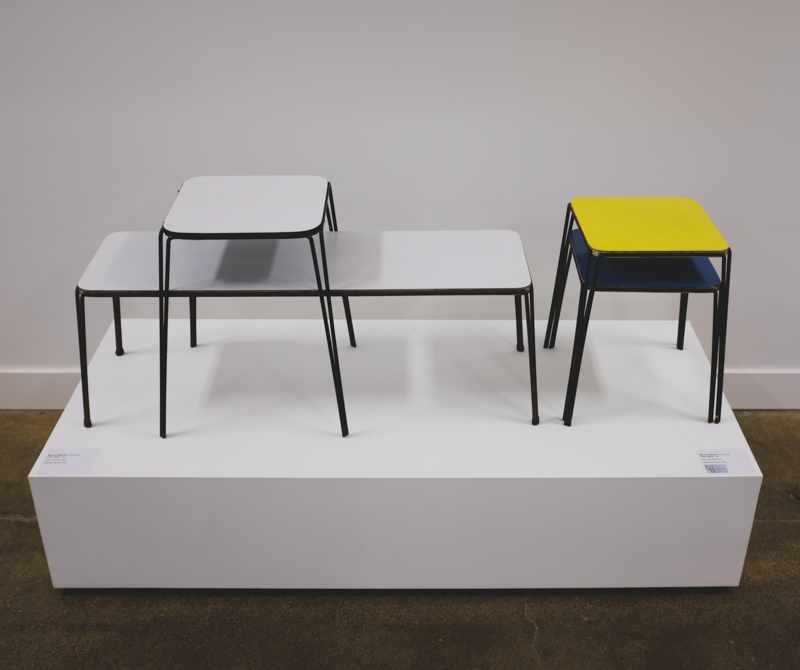 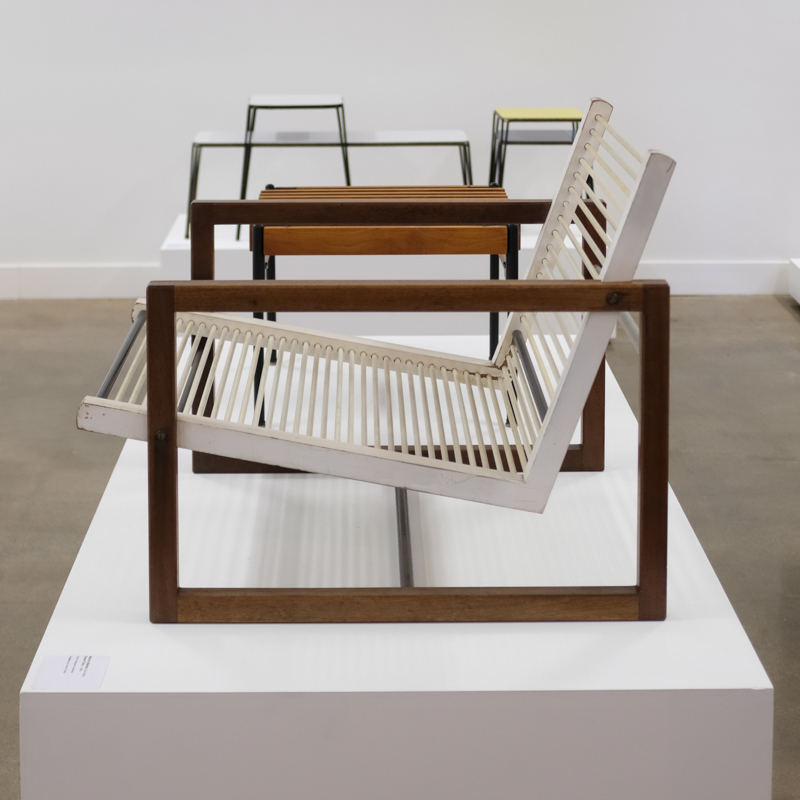 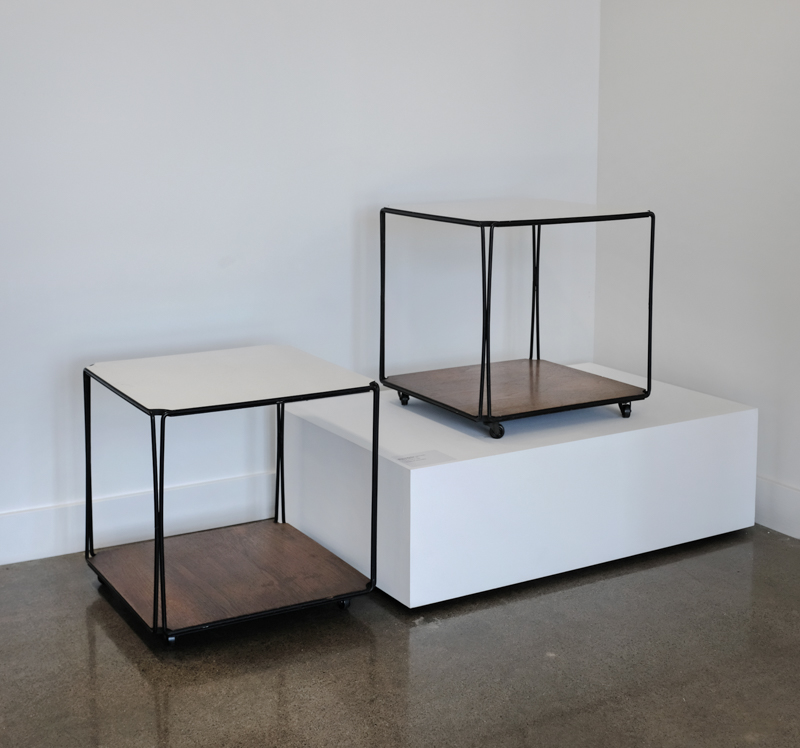 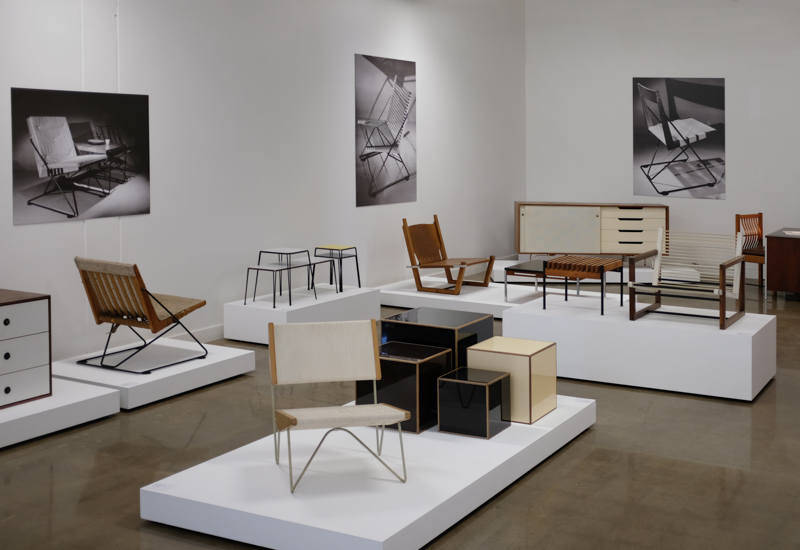 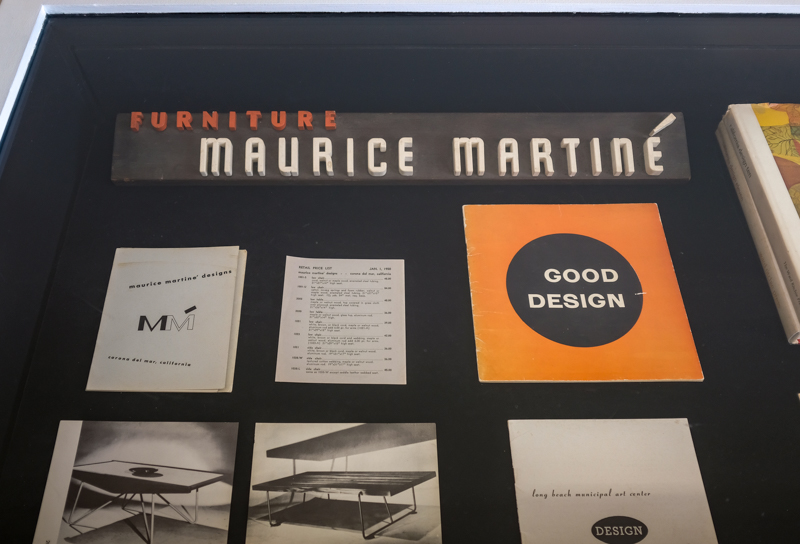 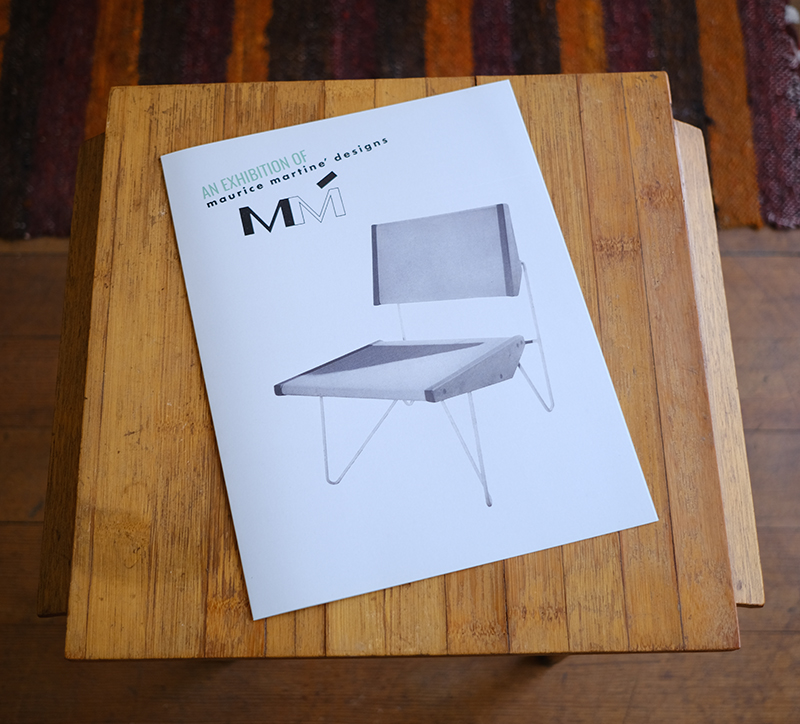 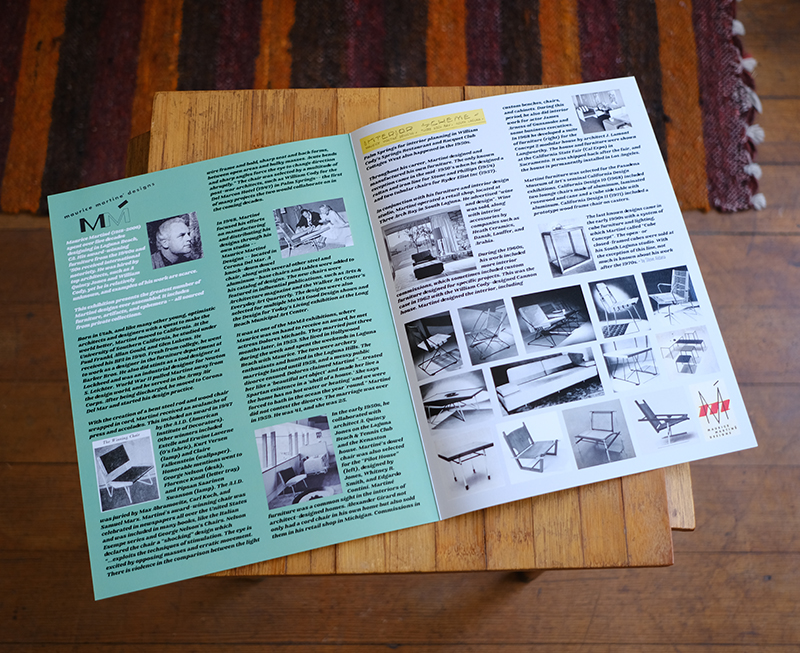 I did a little booklet for the exhibition. I still have a handful left so reach out if you'd like one.

I'd really like to thank everyone who helped out with the show. First of all, Nick at Archive, who hosted it and did an amazing job with the presentation. Not many people would give up a portion of their gallery to do a show where nothing would be for sale. Then there is Gerard O'Brien at Reform Gallery, who not only sold me my first Martiné chair, but also loaned a number of pieces from his personal collection. We all owe a lot to Ron Leighton, who rescued many pieces and ephemera from the Martiné estate when the family had a garage sale. Yes, a garage sale full of Martiné. It was held at his home/studio, long after his passing. The sign, catalogs, clippings, original photographs, a number of furniture prototypes and Maurice's Grossman lamp, which now sits on my desk. Nate Cole and Andrew Romano were also generous enough to lend pieces out of their homes (they both have great houses too). Also, much appreciation to everyone who attended!

Another exhibition is in the works. More on that soon.