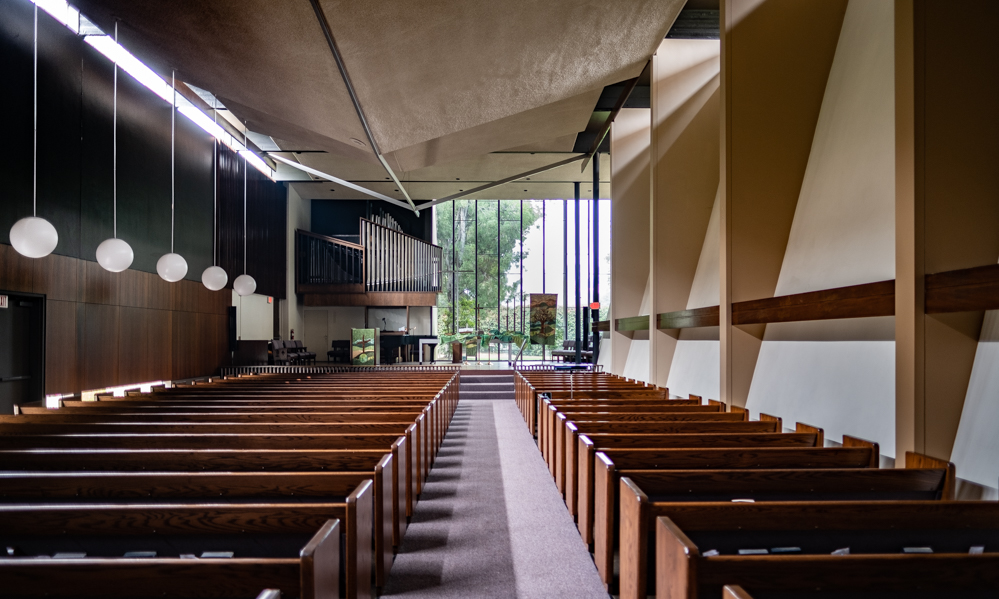 I was in Claremont this past weekend and my friend Danny at Modern for All asked if I had ever been to the Neutra church in town. I hadn't, so off I went. With fires nearby and pandemic restrictions in place, I was just expecting to do a smokey drive by. However, there was a car parked in front when I arrived. With camera in hand, the lady in the car asked if I was there for the architecture. After asking me a series of health questions, she invited me in--masked up of course. She turned out to be the Lead Pastor, Rev. Karen Clark Ristine. Coincidentally she used to live in San Diego. Rev Clark gave me five minutes to take photos of their beautiful church. 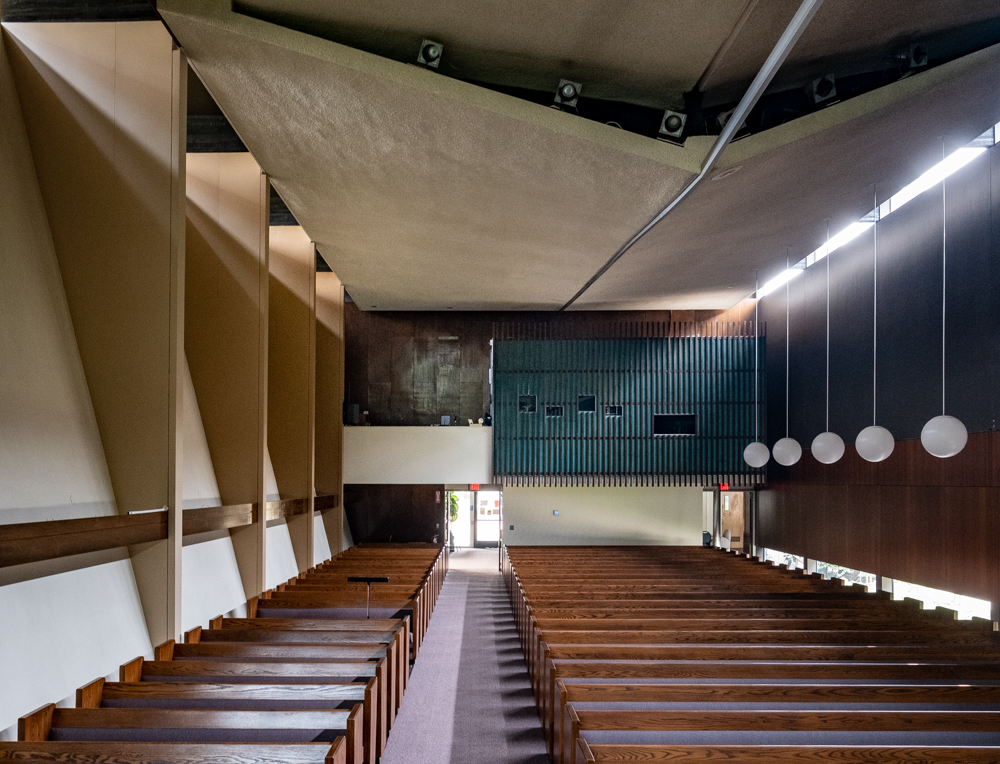 The original sanctuary was completed in 1959. Trademark Neutra touches like spider legs and clerestory windows are evident in the design. The walls are asymmetrical for acoustics. The seating is asymmetrical so the pews center on the pulpit and the building centers on the altar. 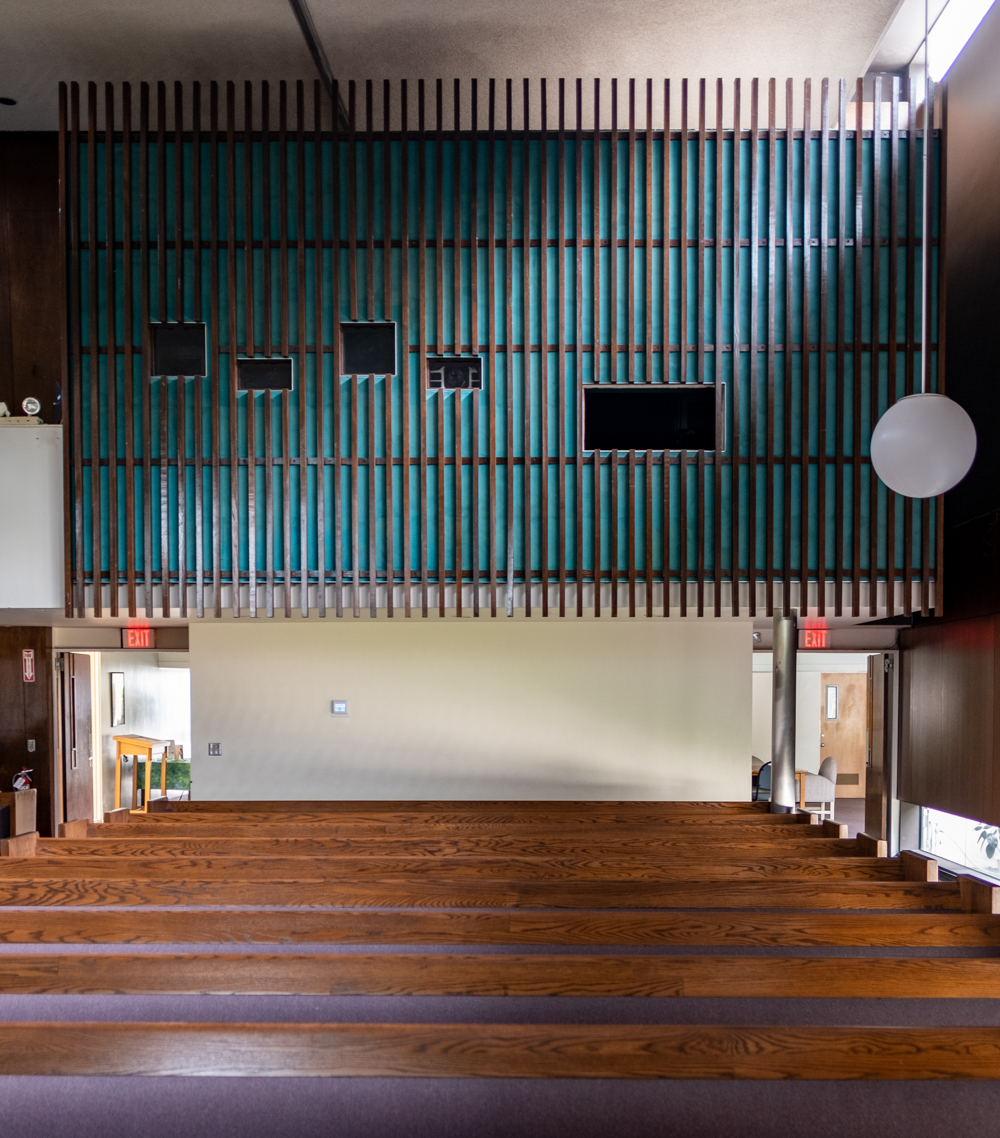 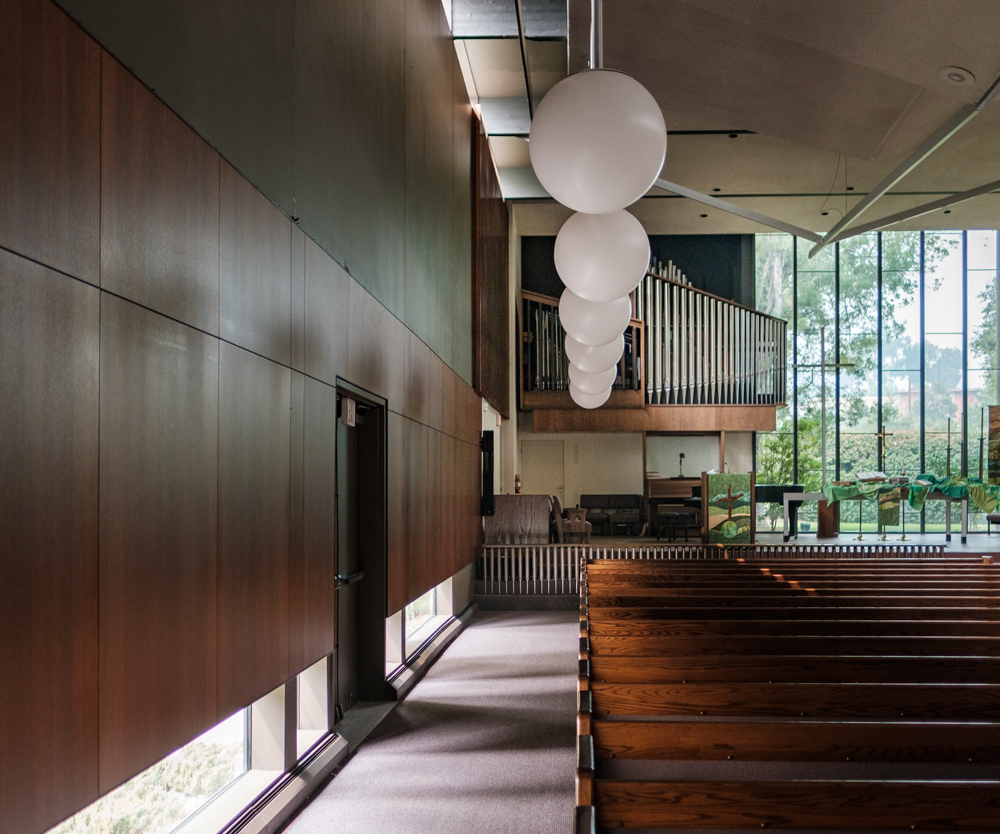 The large window behind the pulpit provides views of the San Gabriel Mountains. 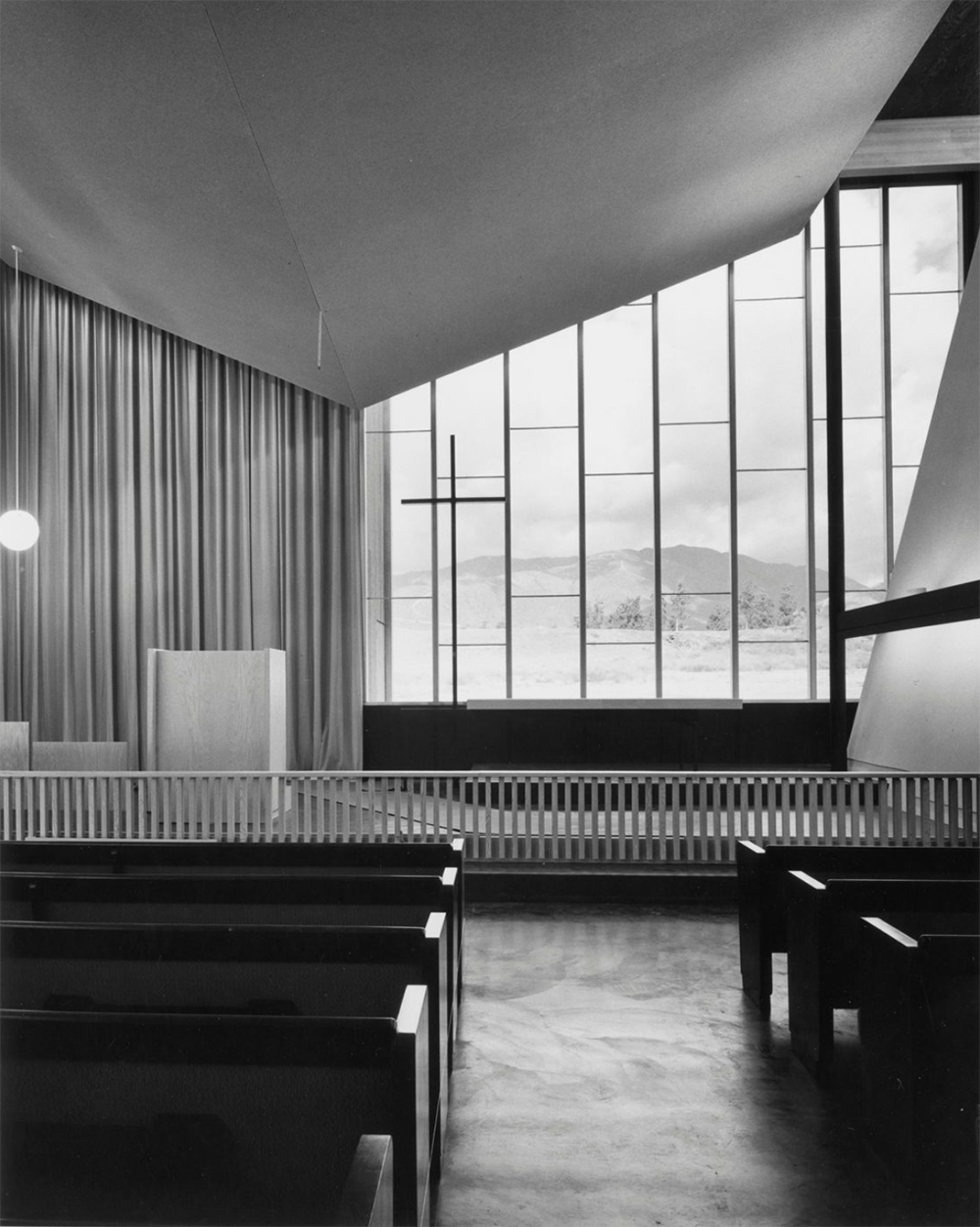 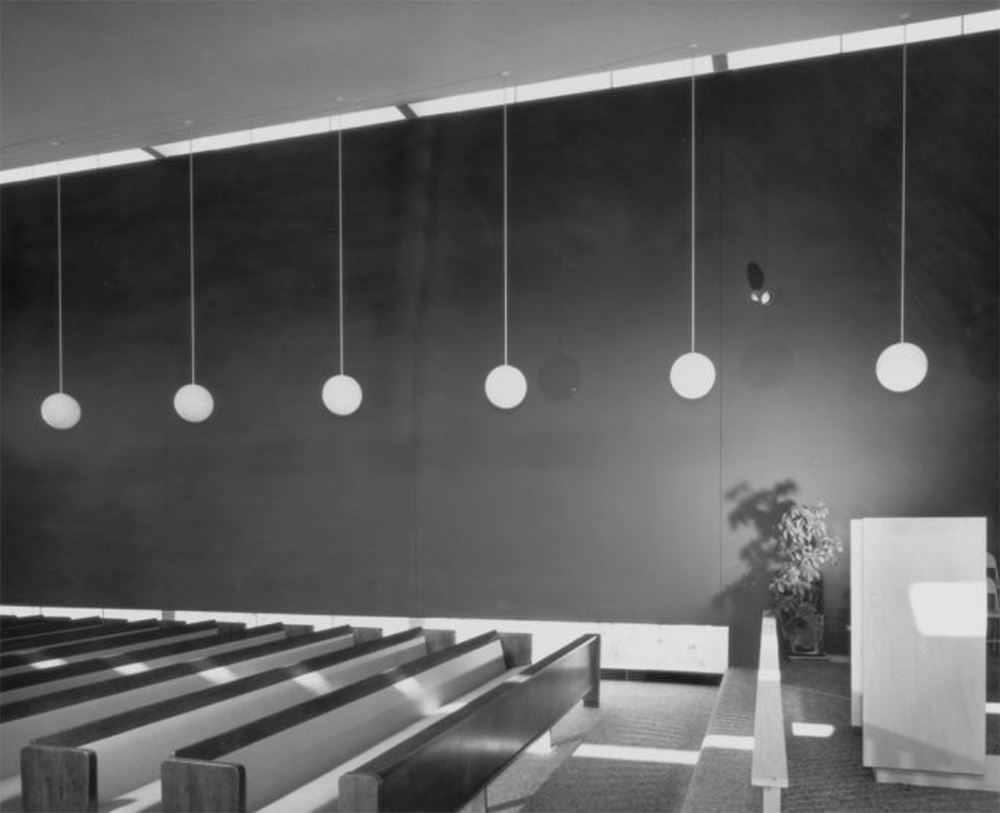 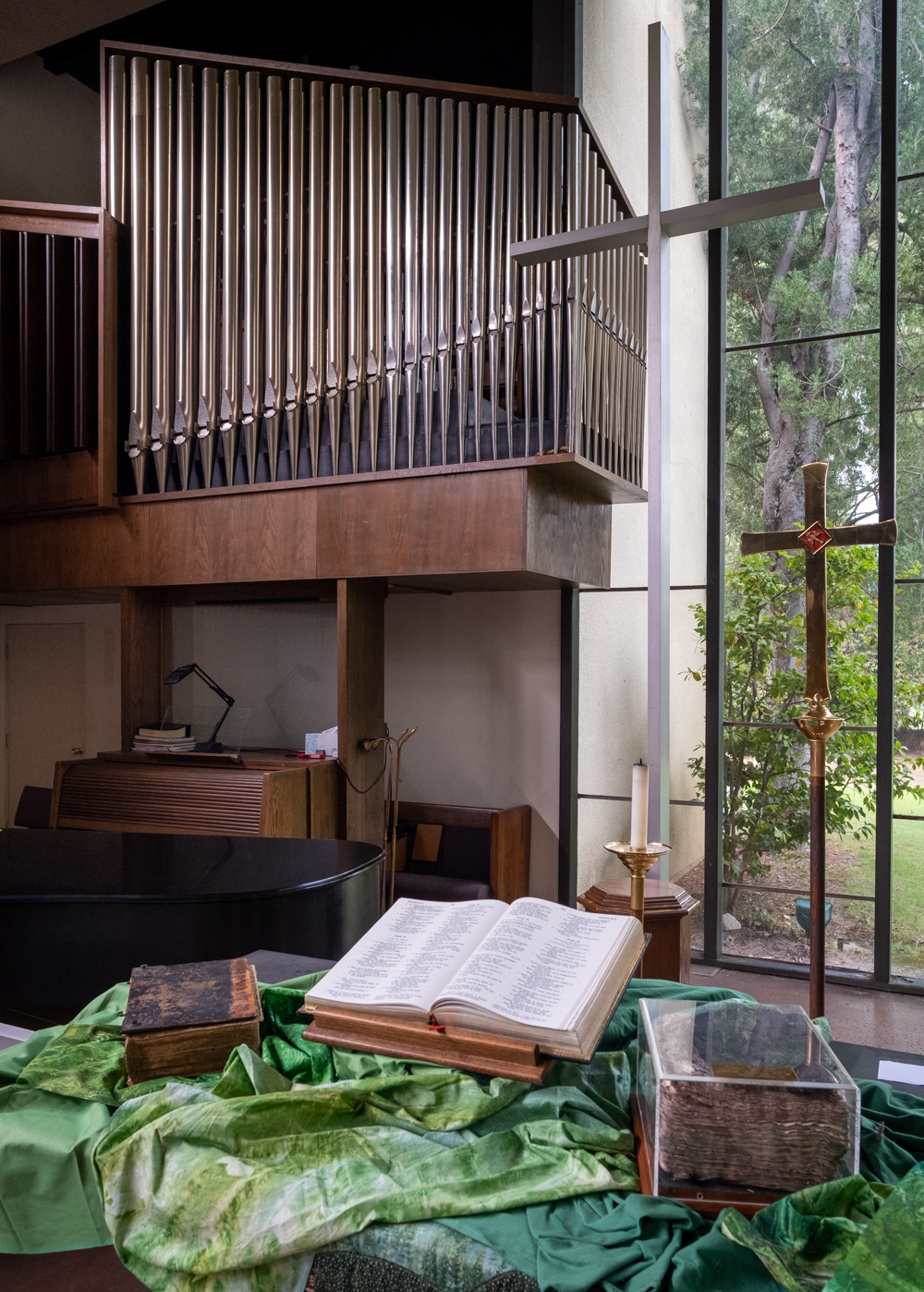 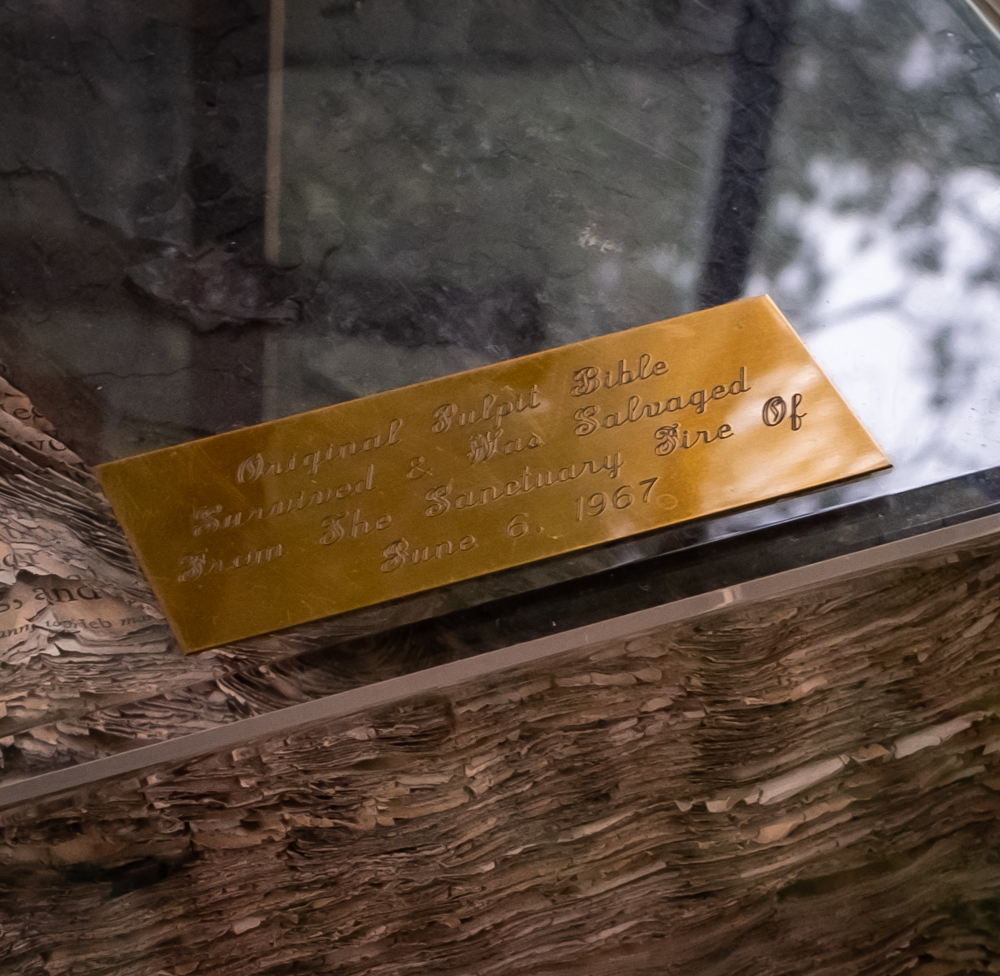 In 1967 the building suffered substantial fire damage. This bible was pulled from the ashes.
The congregation hired Dion Neutra to rebuild the church. He used his father's design but on a larger scale. 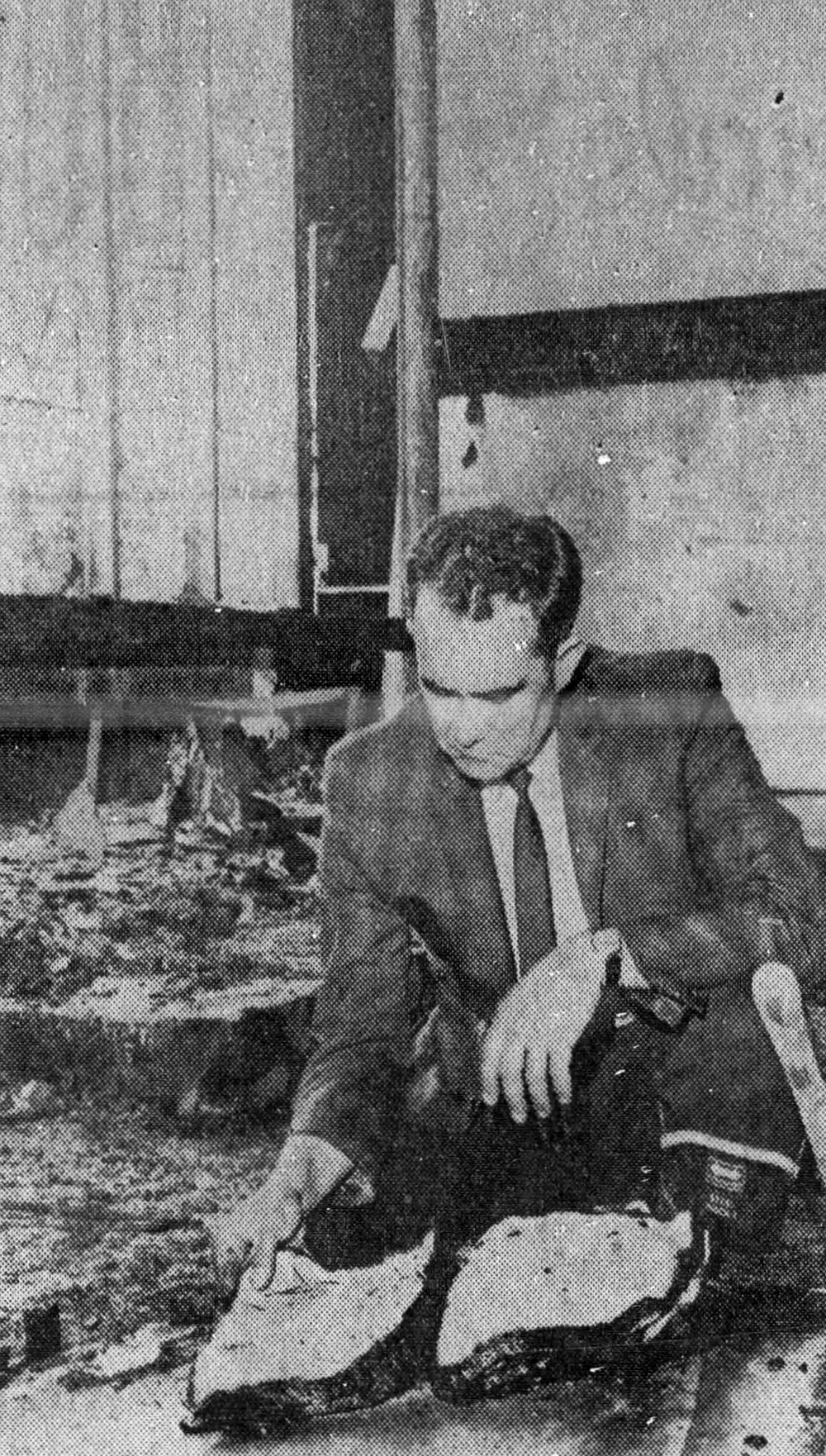 A detective with the bible. Arson was suspected.
Source: LA Times 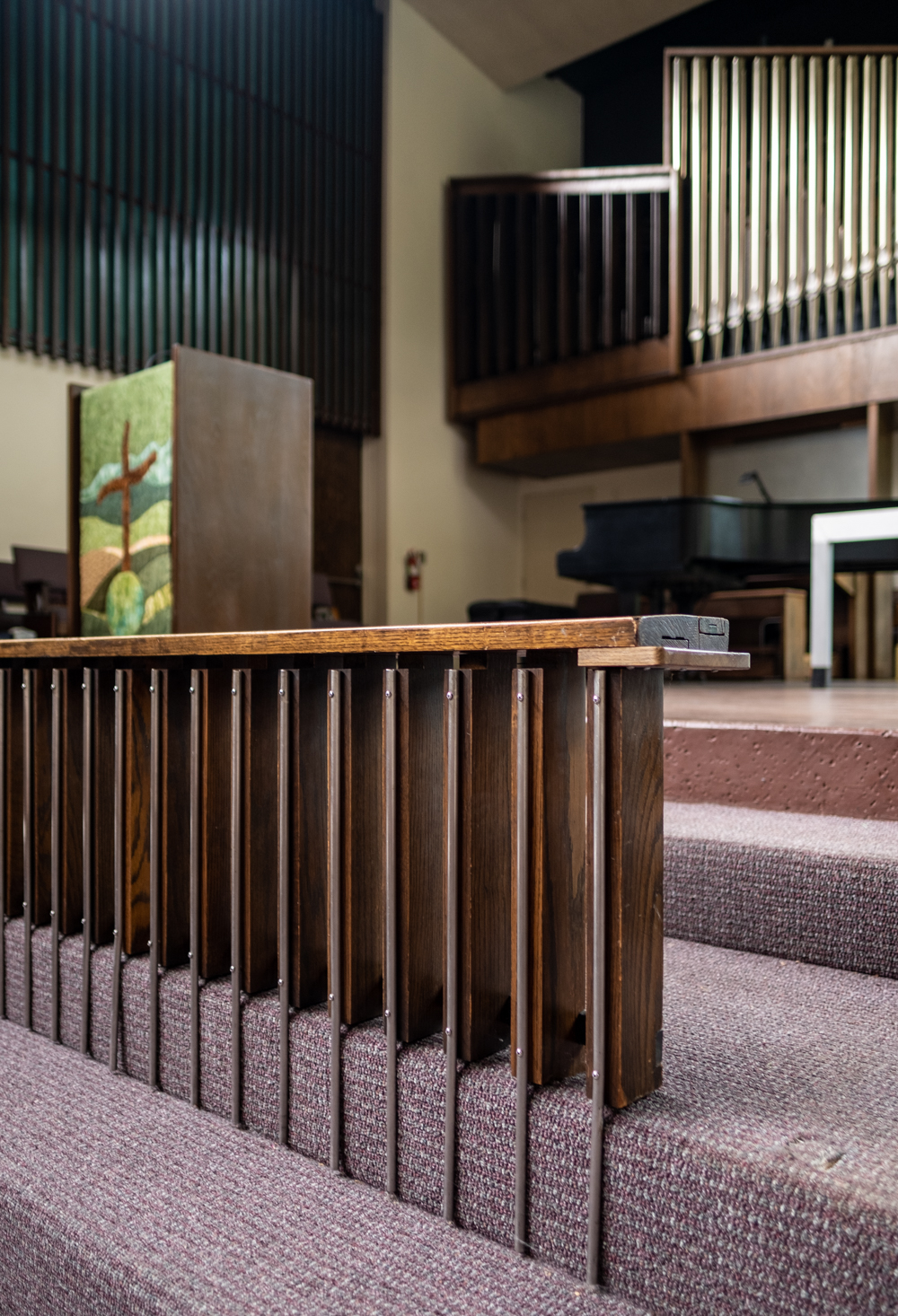 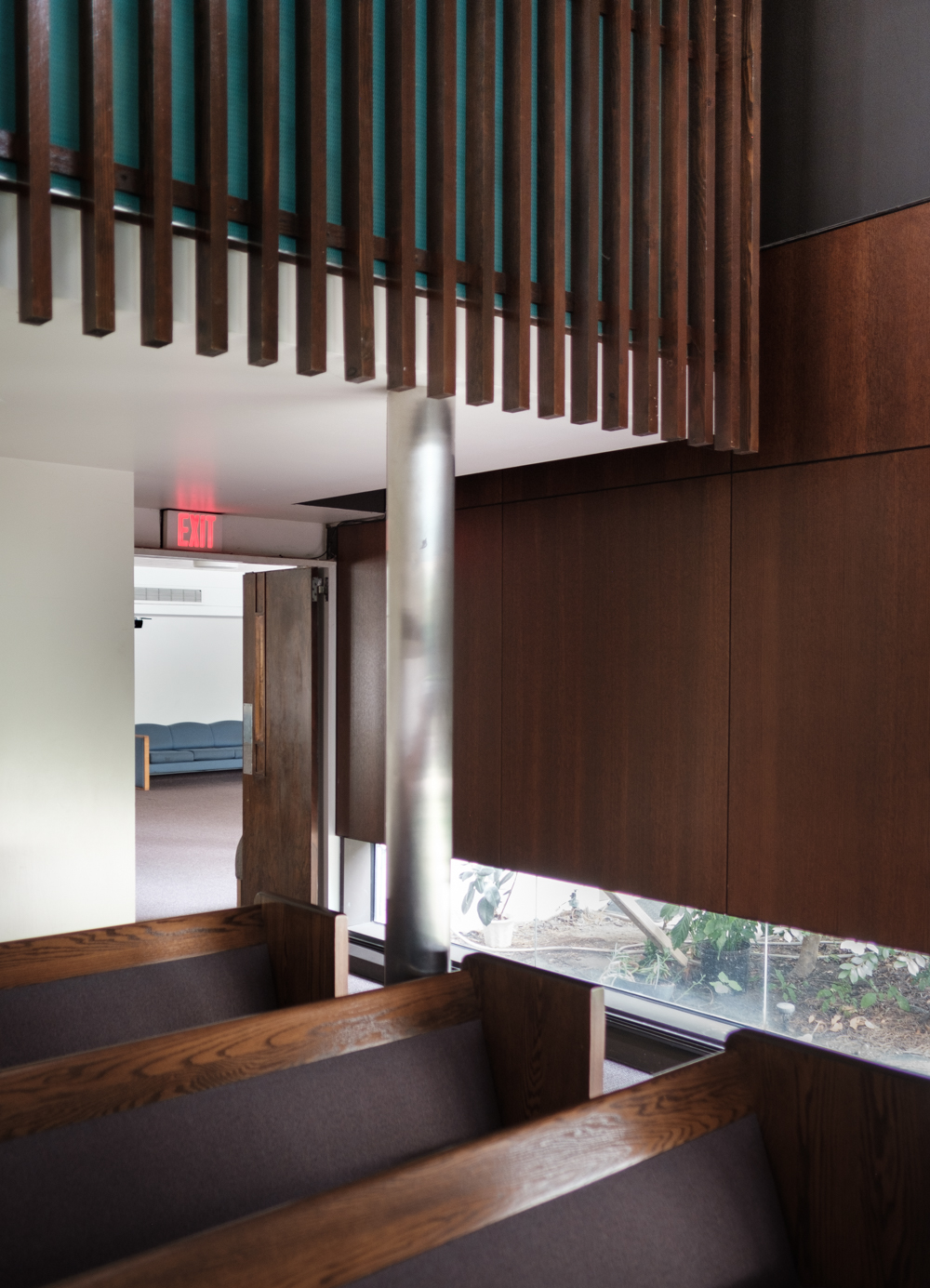 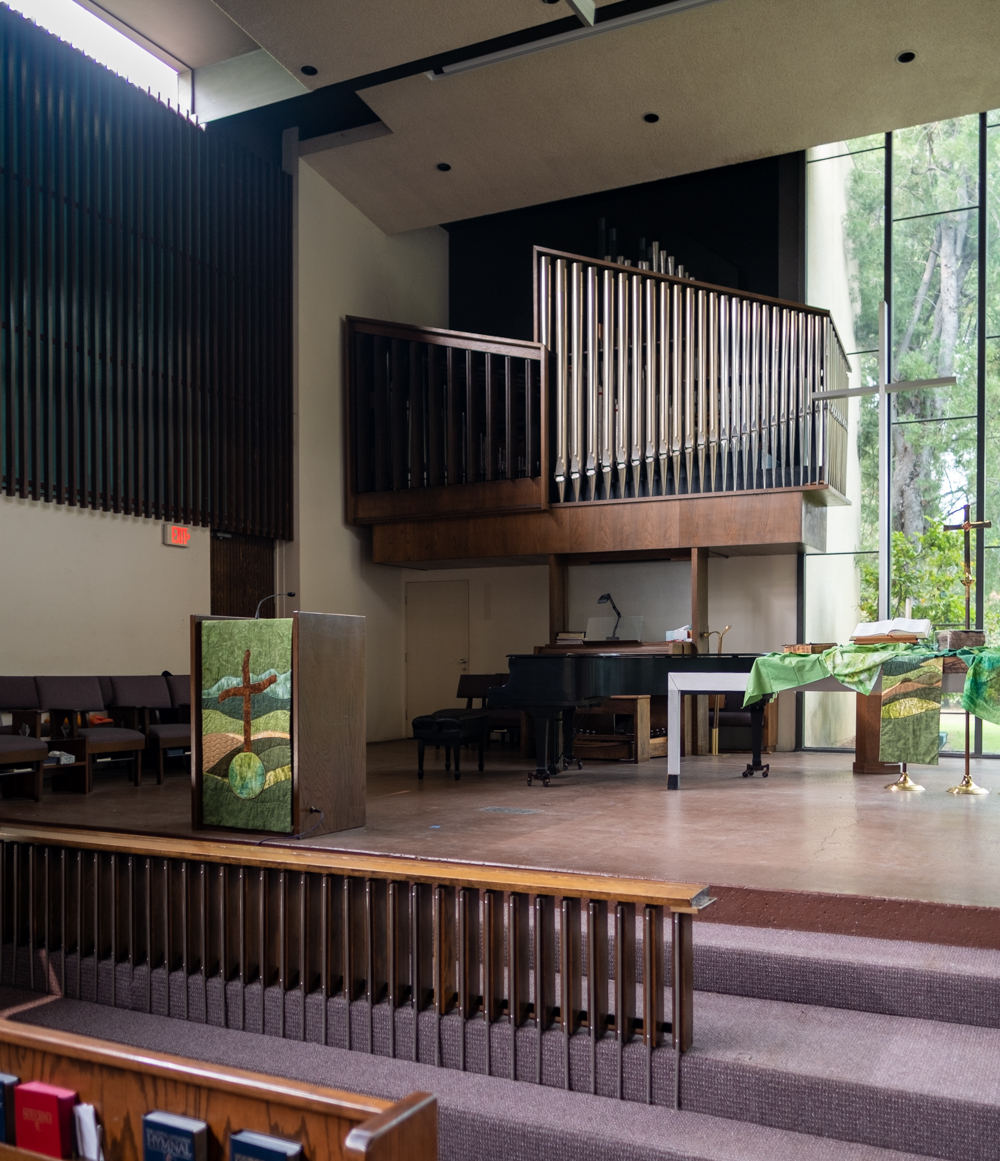 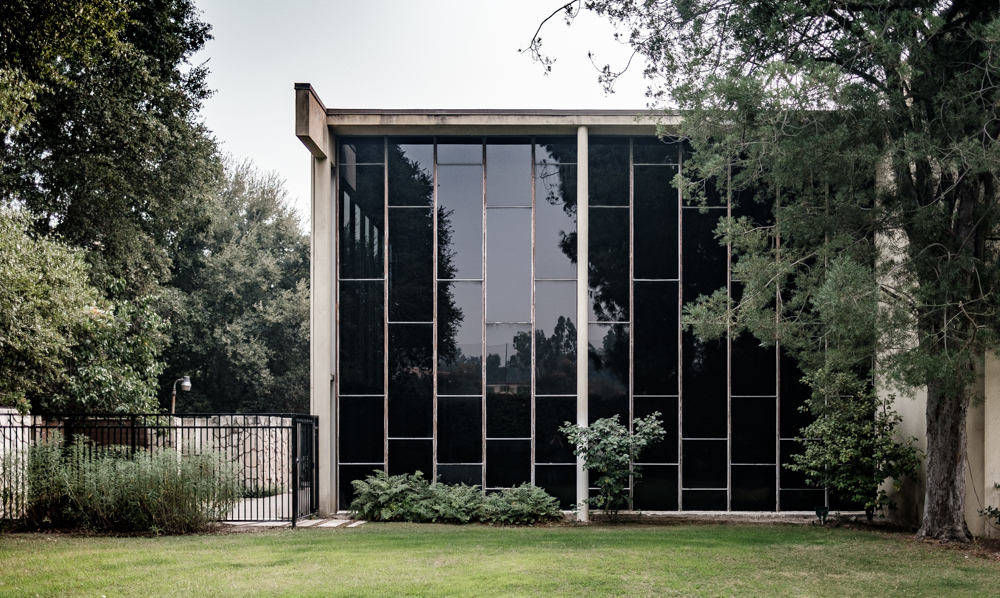 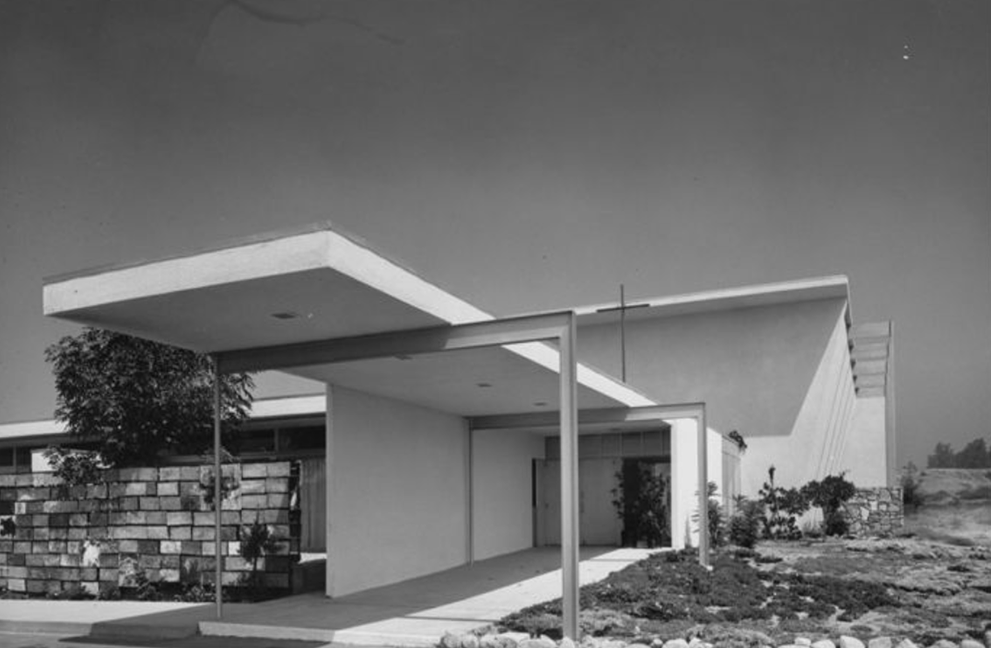 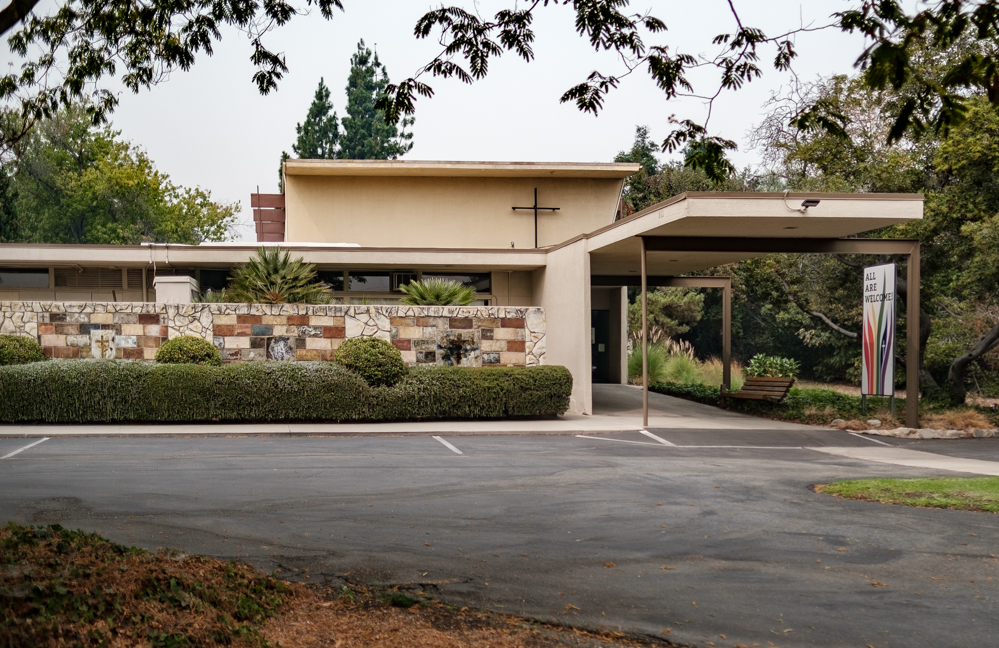 The original building under construction in 1960.
Source: Pomona Progress Bulletin 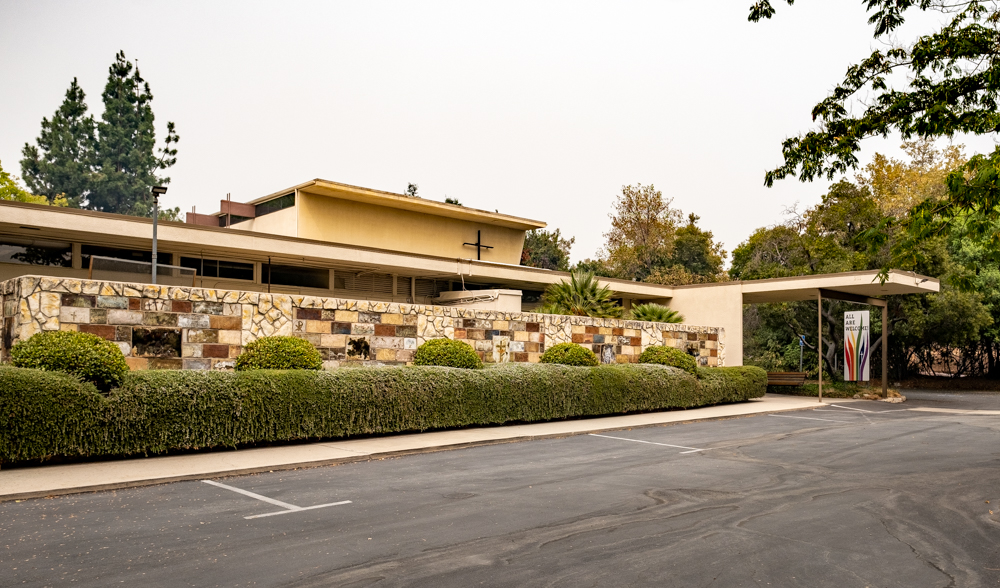 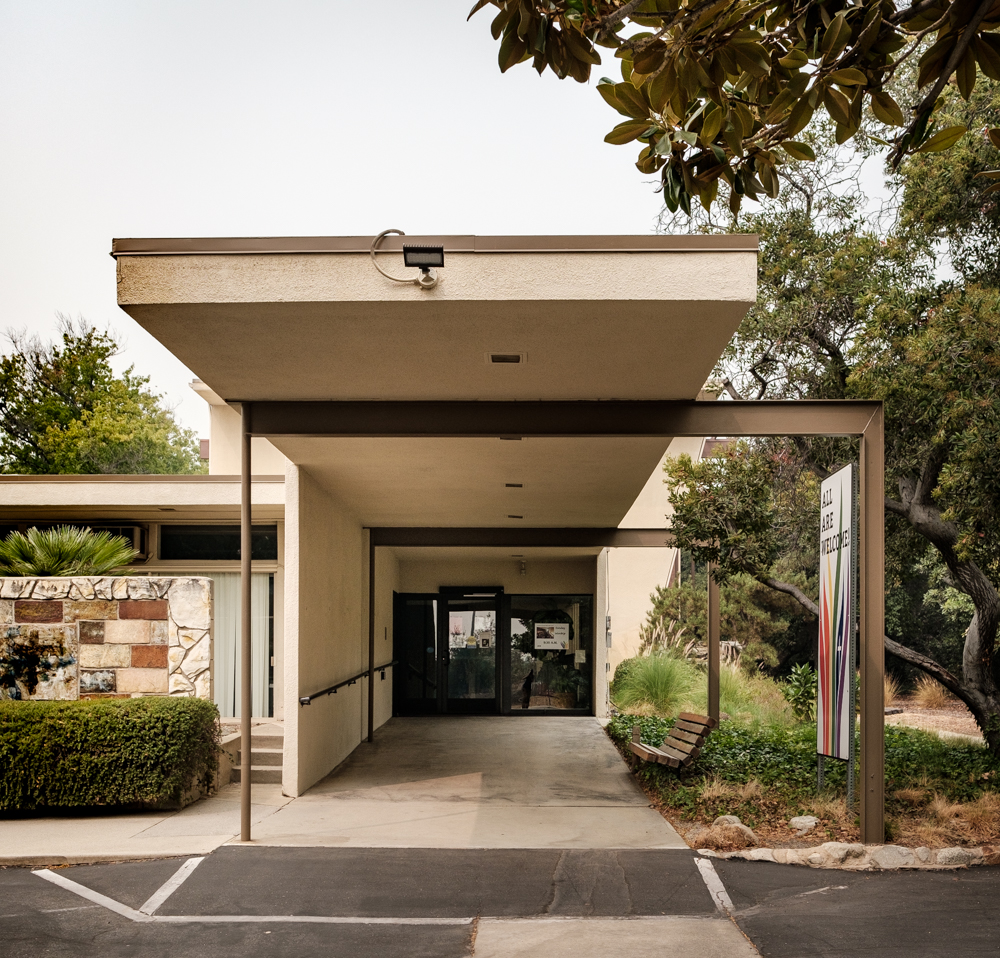 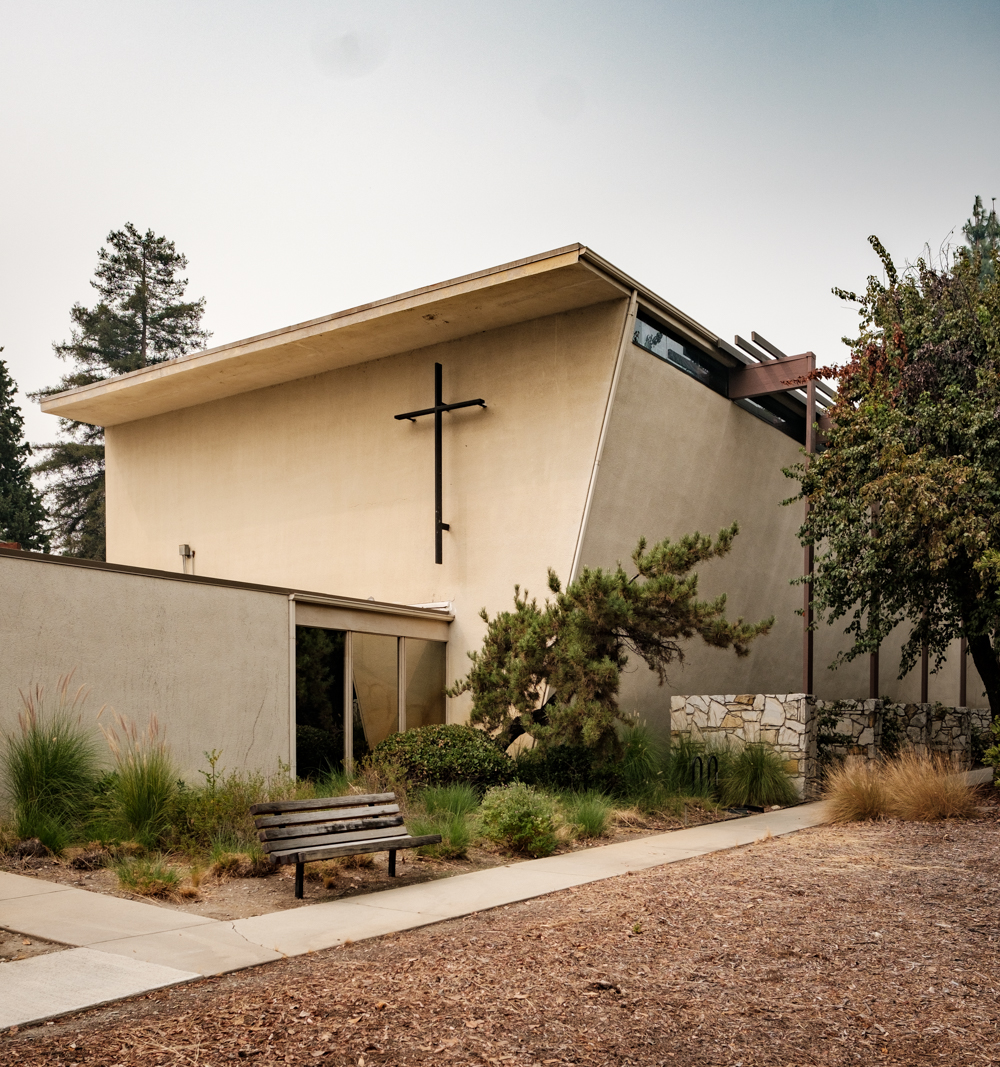 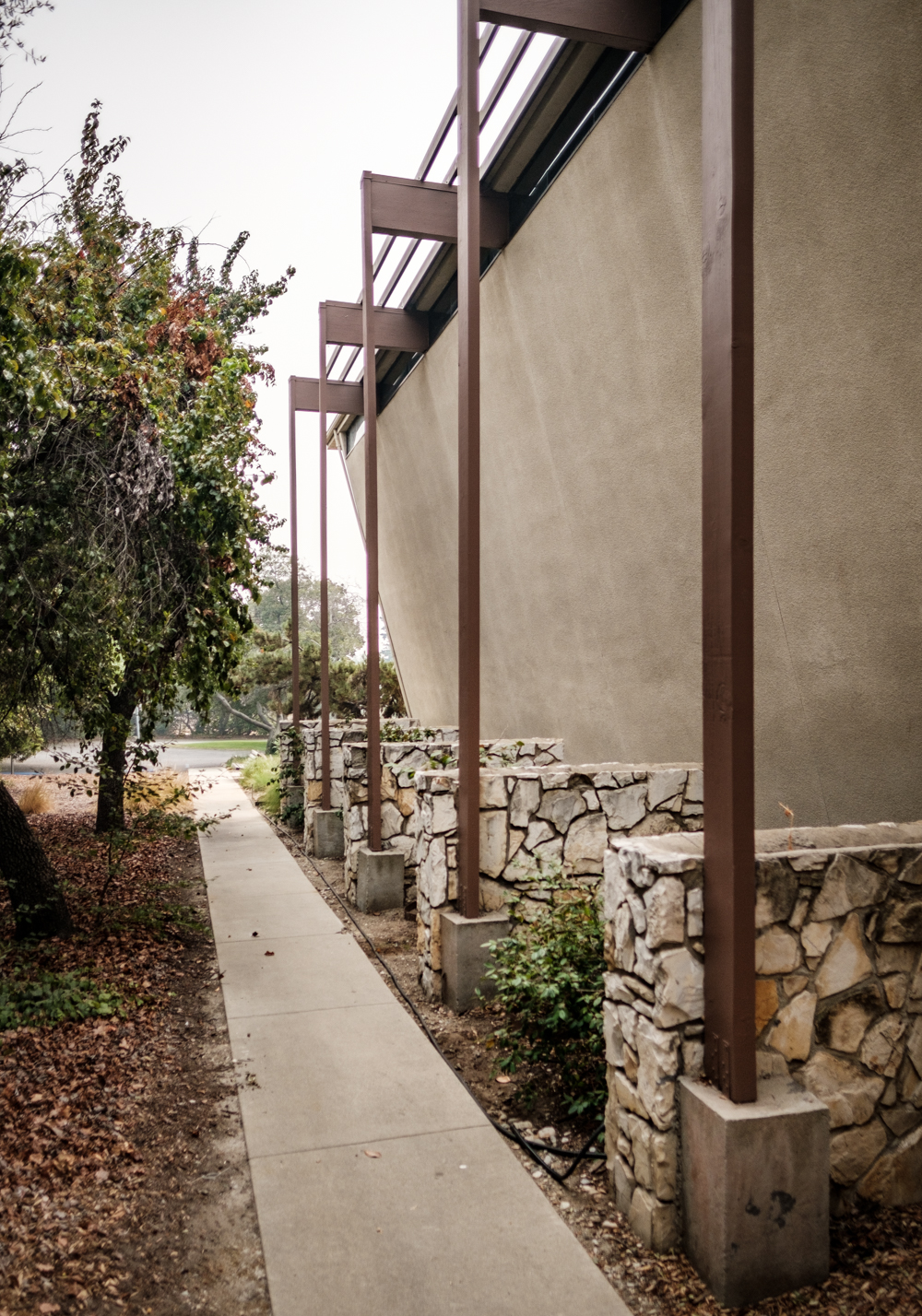 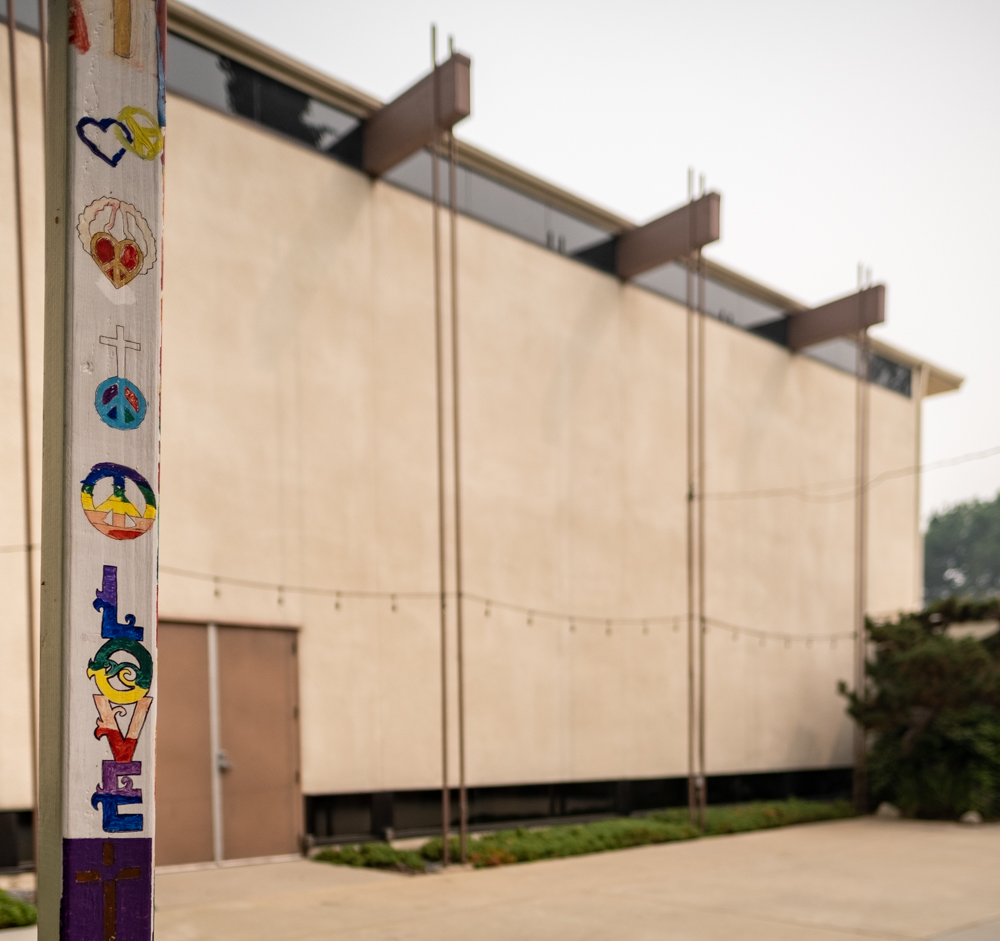 In terms of churches, Claremont United Methodist looks to be a pretty progressive and inclusive congregation.
They received some national news attention in 2019 when they unveiled a Nativity scene that depicted Jesus, Mary and Joseph as refugees in cages. It was in response to the Trump administration’s border separation policies. 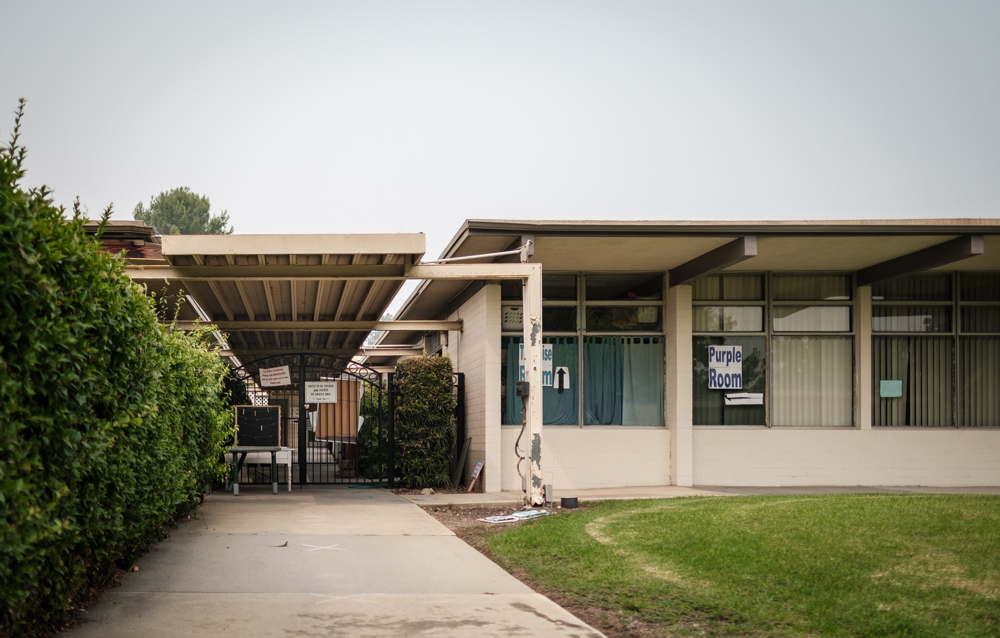 There are a series of Neutra school buildings behind the church.
Past Claremont visits are here and here.
Architecture Claremont Dion Neutra Ecclesiastical Richard Neutra