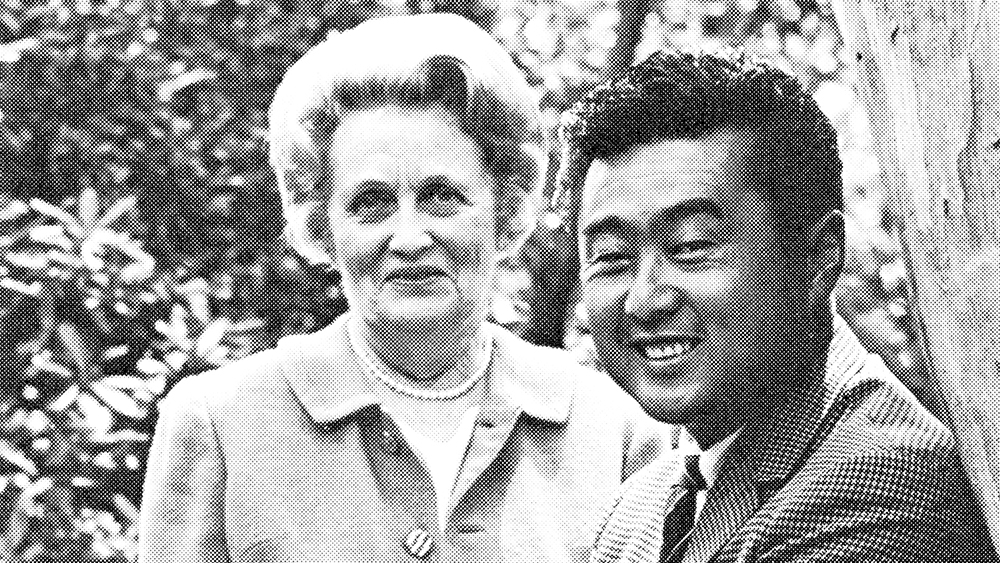 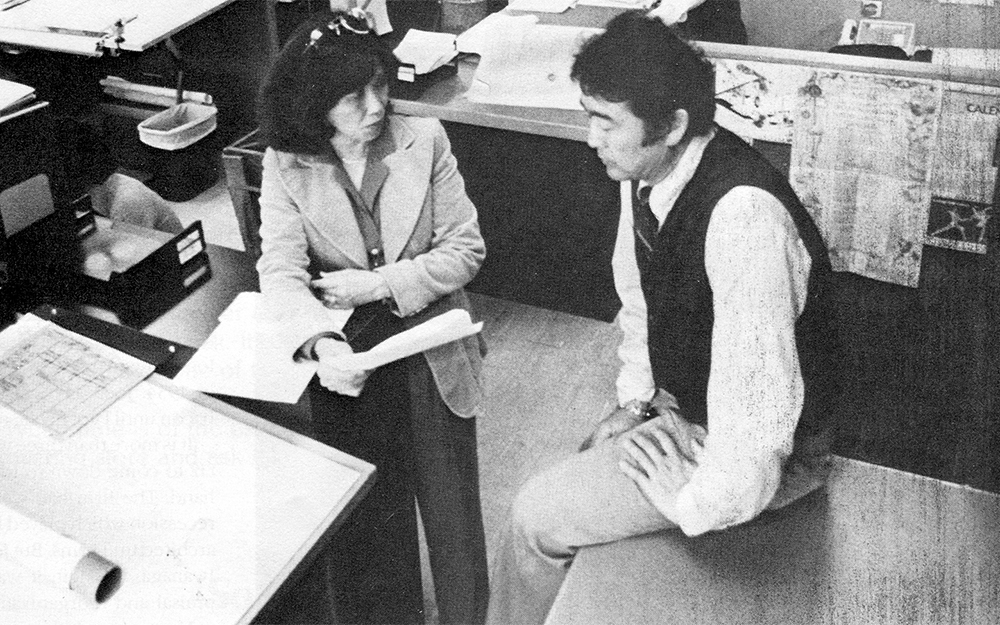 Joseph Yamada and Elizabeth Kikuchi were born two days apart. At 11 they met their families were sent to the World War II internment camp in Poston, Arizona. After the war, they went to San Diego High School together, then UC Berkeley. The Yamadas married in the early 1950s and eventually settled in La Jolla. Elizabeth Yamada was an English teacher and then joined the Wimmer Yamada firm in 1974. She handled marketing, public relations, and administration. 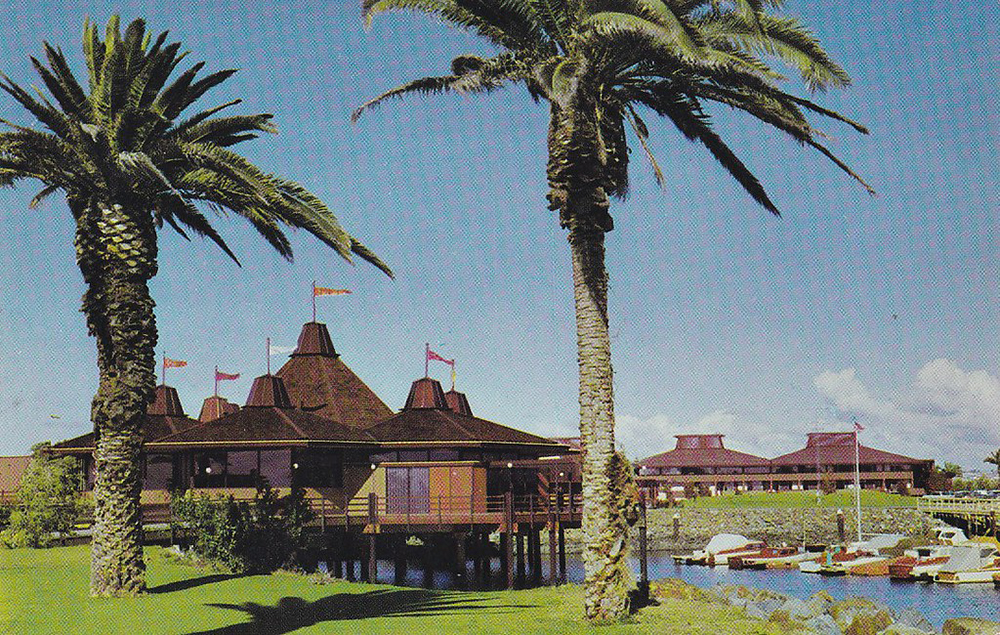 Yamada designed the landscape for the Islandia Hotel & Restaurant (1961) by Frederick Liebhardt & Eugene Weston.  In 1959, Joe's former professor, Garrett Eckbo, created the Mission Bay, Mission Bay Park Master Plan. Plantings also had to be approved by Eckbo. The Islandia project was the first to comply with the guidelines. 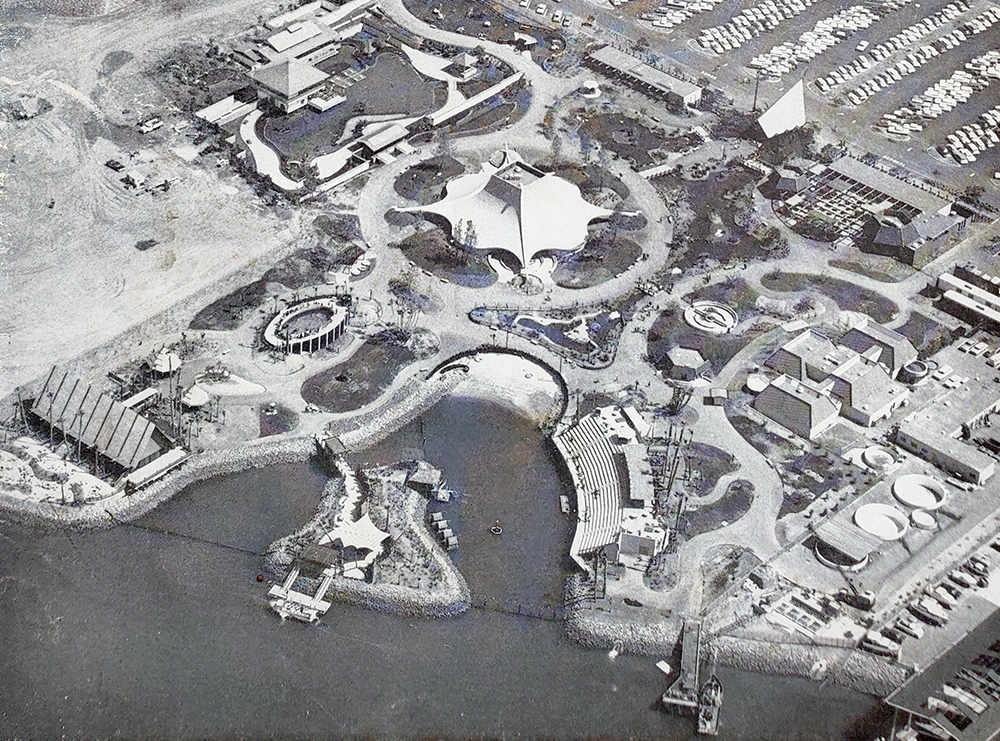 In one of a series of oral history videos on YouTube, Yamada discusses Sea World.
Image: Architecture West 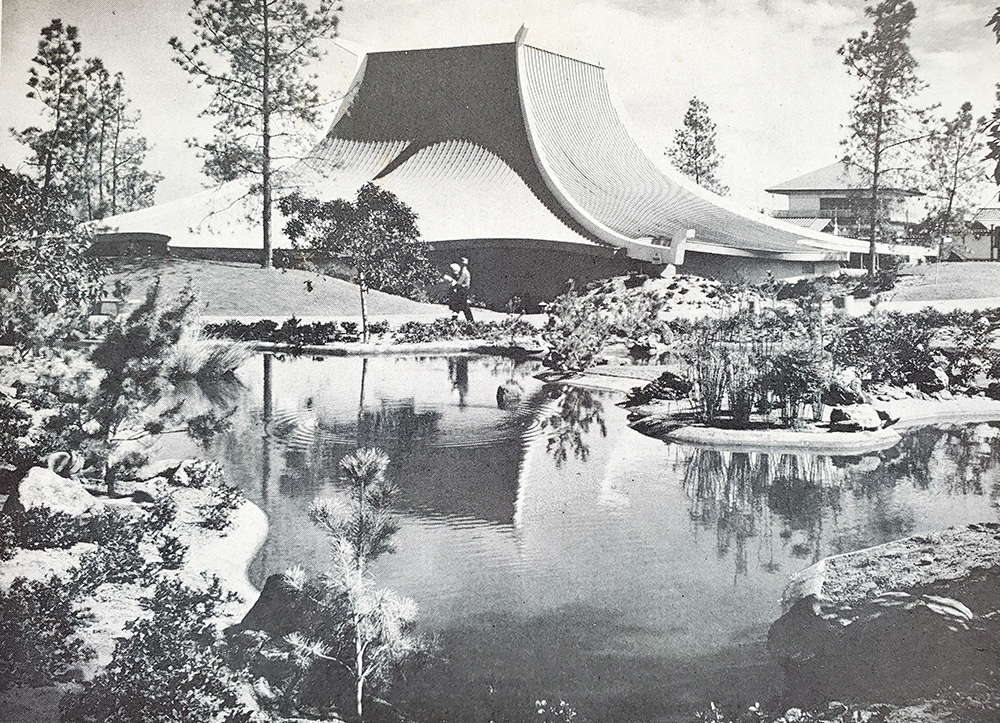 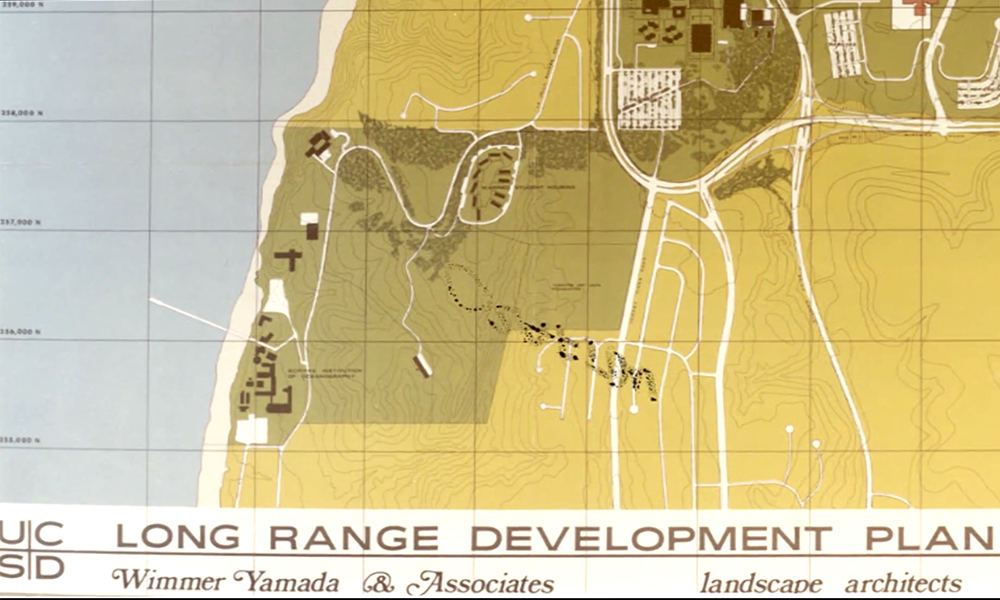 Wimmer Yamada & Associates, with a recommendation from Thomas Church, had a 60 year association with UCSD. As an aside, I looked through a couple of the early UCSD planning documents and found some interesting things that were designed and never materialized. More on that later.
Source: Joseph Yamada Projects: UCSD a Legacy Project 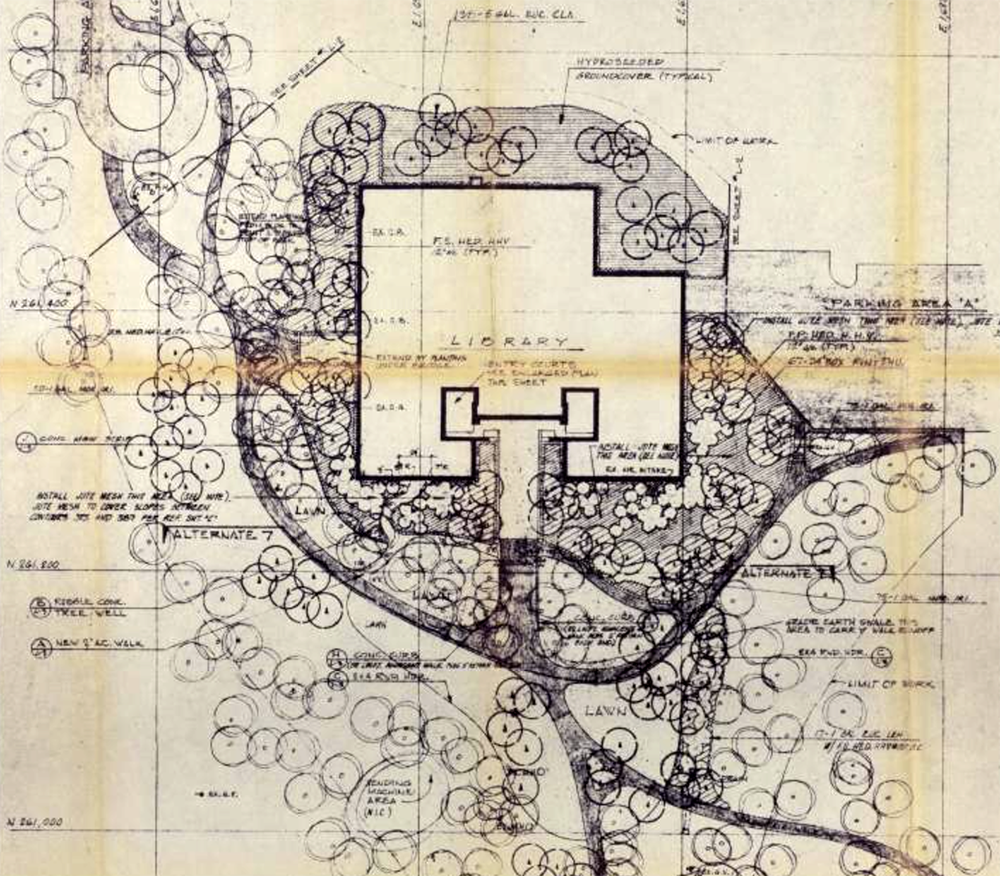 The Yamada site design for the Geisel Library by William Pereira.
Yamada designed a number of other landmark sites in San Diego, including Seaport Village, Embarcadero Marina Park and Scripps Institute of Oceanography. He retired in 2013.
Image: UCSD 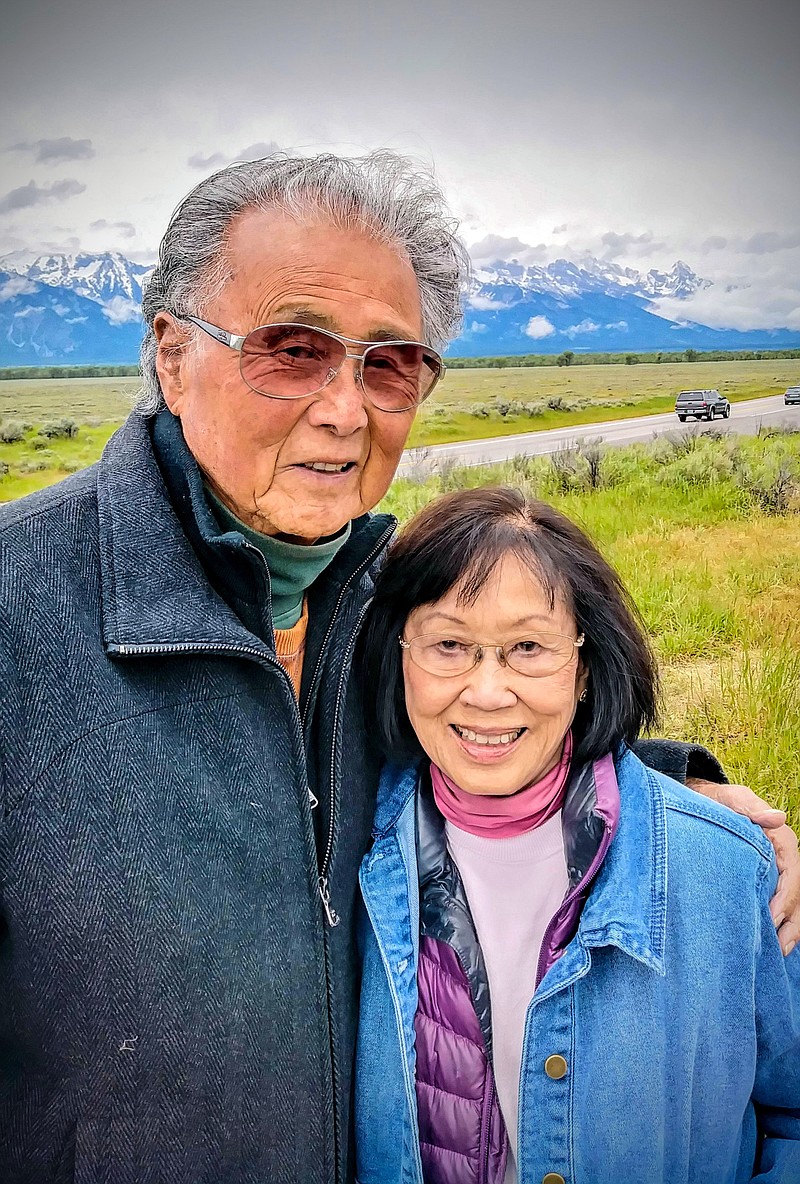 In May 2020, Joe and Elizabeth died, just 10 days apart. He had a long battle with dementia and she passed away from COVID-19 complications. They had both recently turned 90.
Image: KPBS 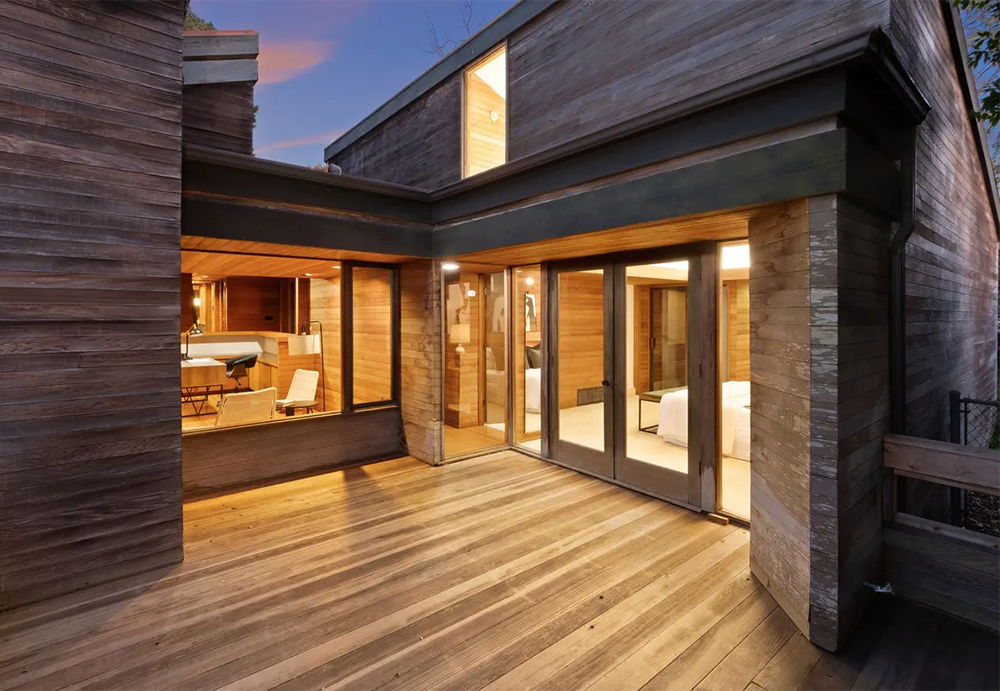 The Yamada house in the La Jolla Muirlands was designed in 1972 by Pasadena architect and Elizabeth's brother David Kikuchi. It was described as a "home inspired by nature undisturbed." David  and Joe met while their families were in the Poston internment camp. The only direction Joe and Elizabeth gave to David was the number of bedrooms they needed and he was asked to leave the site as undisturbed as possible.
Image: Pacific Sotheby’s International Realty 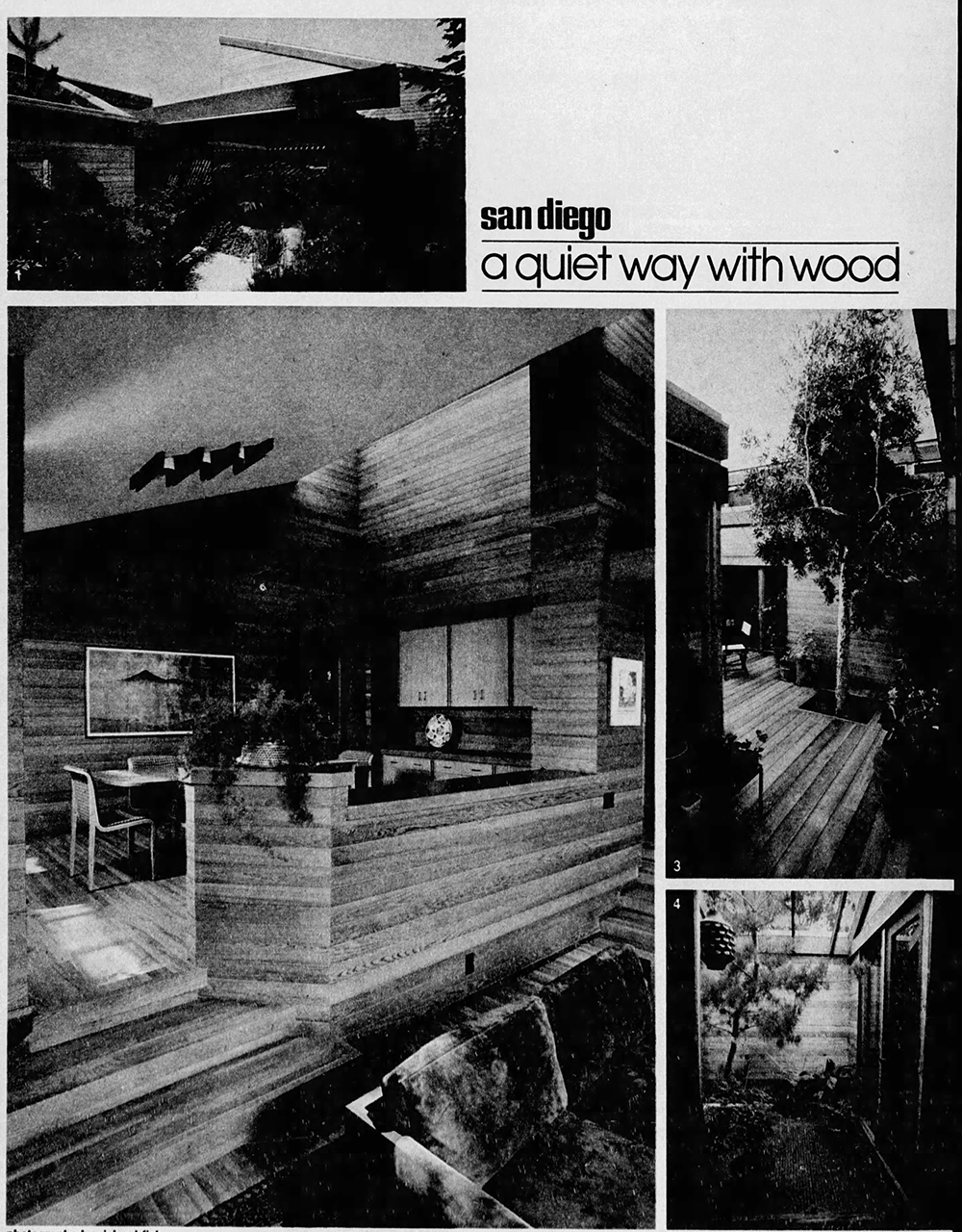 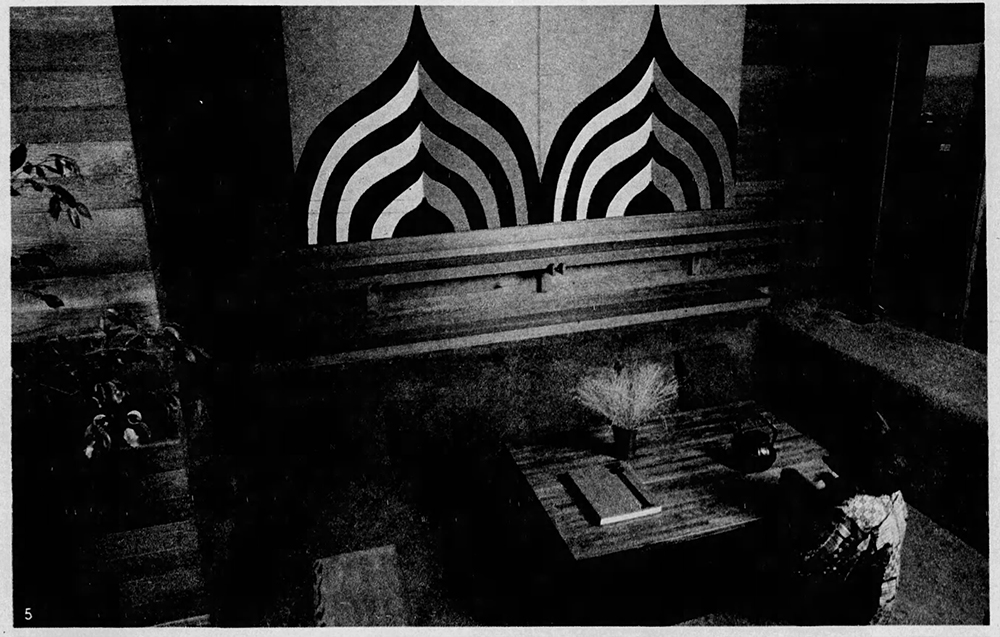 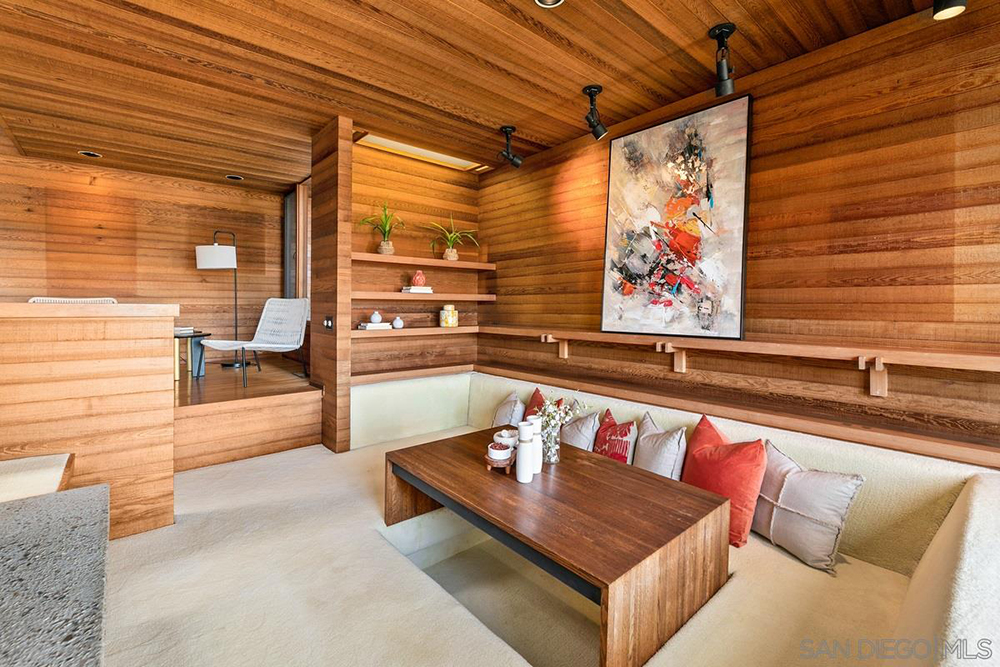 The house was recently sold. The area on the right is where the panel above once hung. You can see the rectangular area where the red cedar is less faded.
Source: Pacific Sotheby’s International Realty
There was an estate sale before the house was put on the market. It always amazes me when a house has pretty much the same furniture as when it was first built. Many of the pieces can be seen in the period photos.
Image: SD Life Transitions 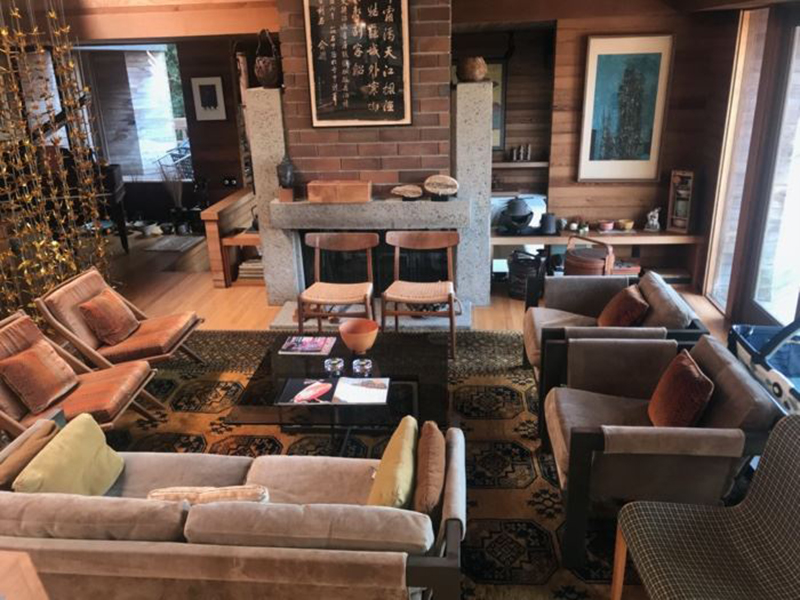 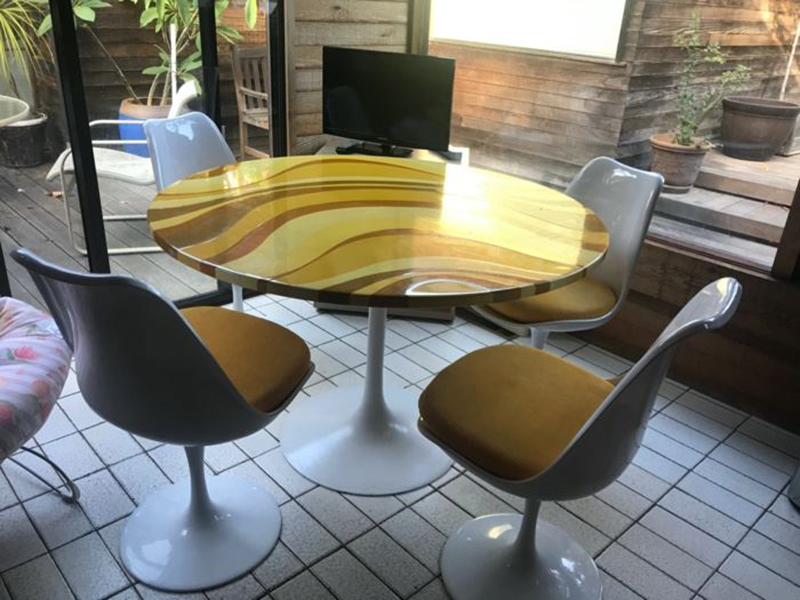 This table can be seen in the 1978 LA Times photo below.
Image: SD Life Transitions 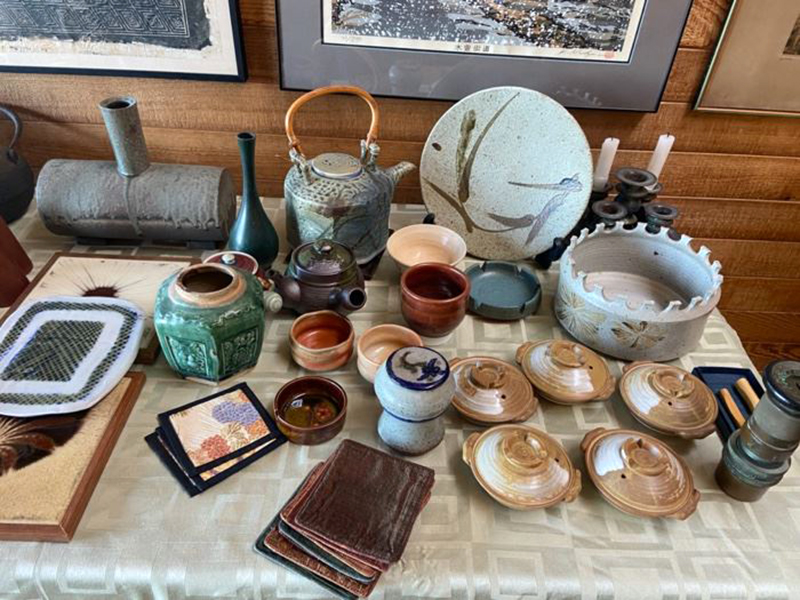 There were a couple of Maxwell pieces at the sale.
Image: SD Life Transitions 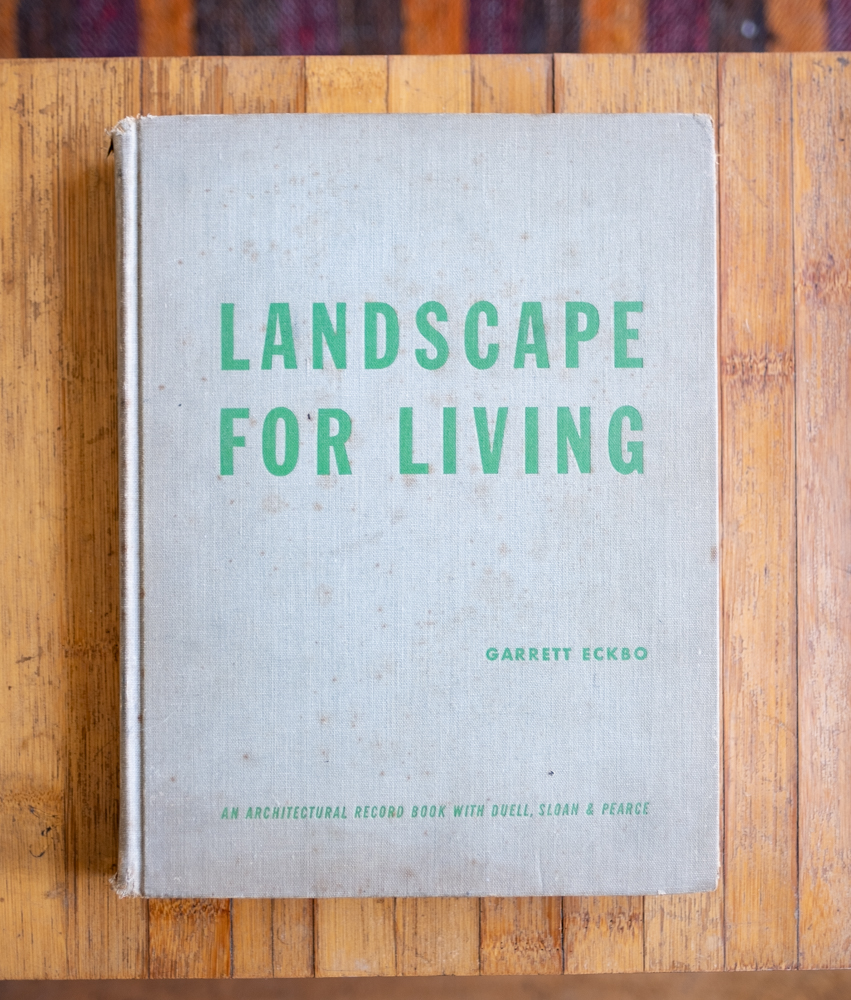 I went straight for the books and I was able to get some great ones. "Landscape for Living, written by Eckbo and published in 1950, is … what? The Das Kapital of landscape architecture? The Bible? A how-to manual? An encyclopedia? A little of each, actually..." is how it was described by Harvard Design Magazine
As mentioned earlier, Joe studied under Garret Eckbo at Berkeley, so to have his copy is pretty special. In another one of the great videos by The Cultural Landscape Foundation, Yamada discusses it, one of his favorite books. 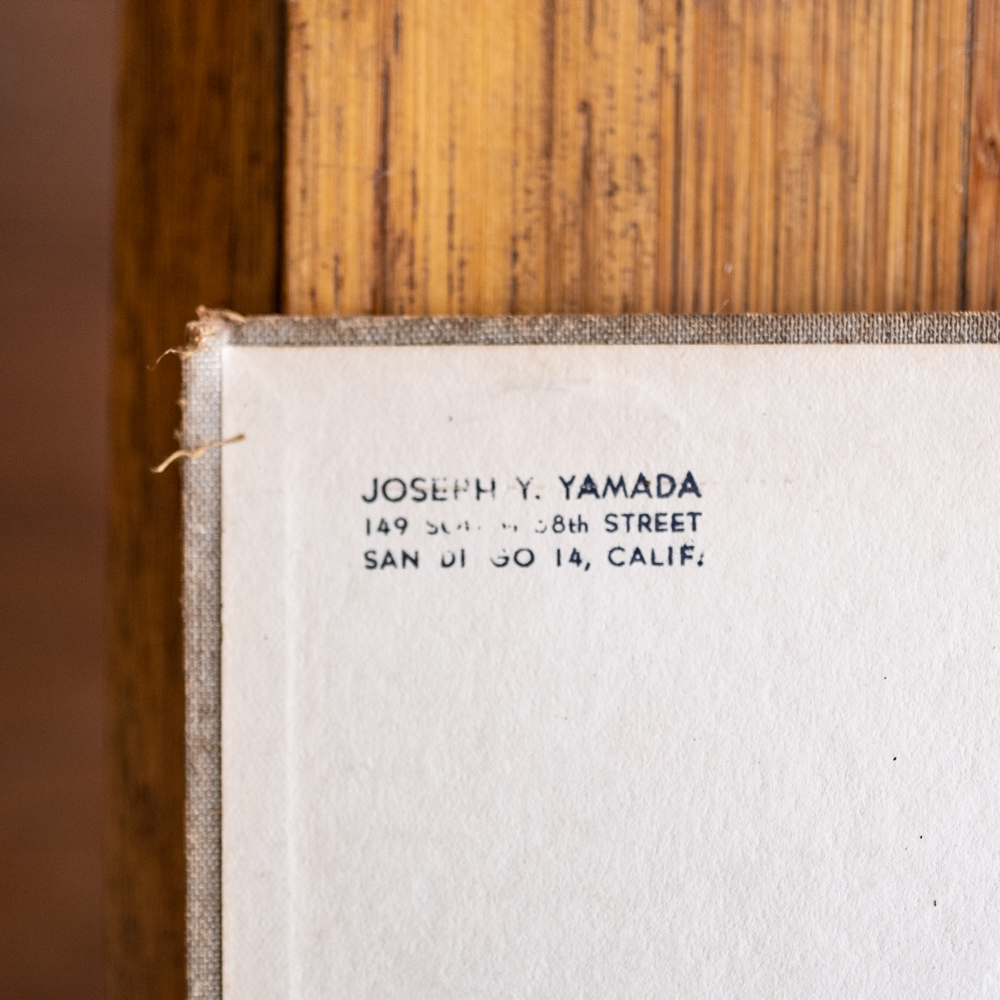 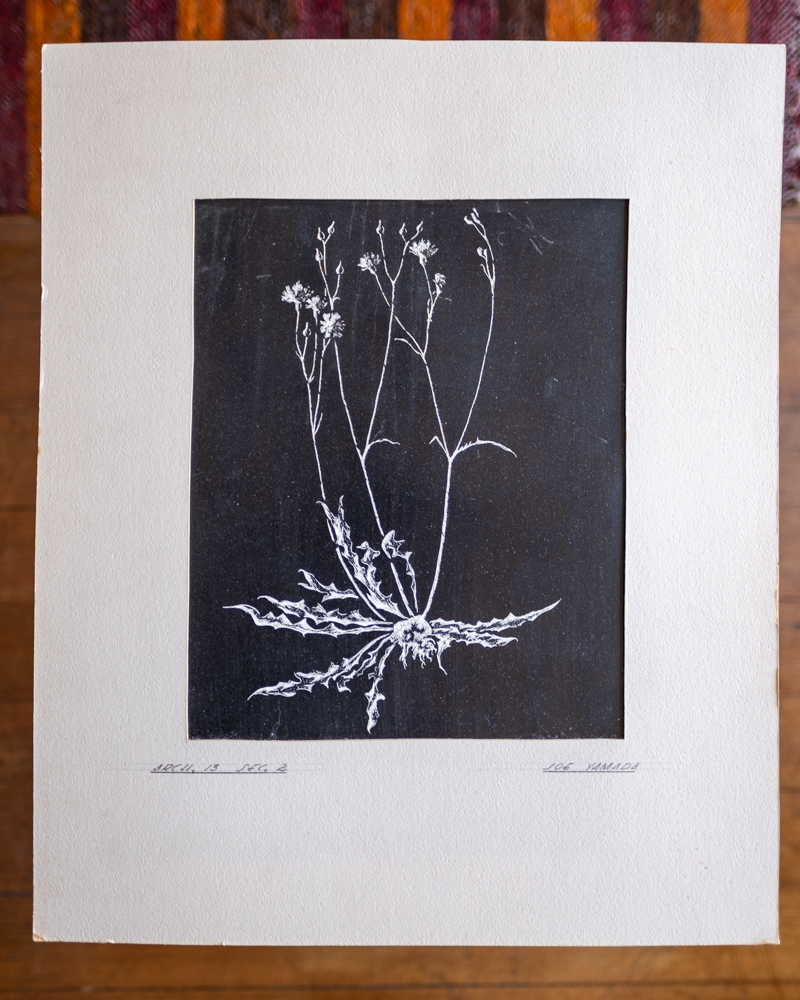 In addition to a huge stack of books, I was able to take home a piece Joe made when he was at Berkeley. 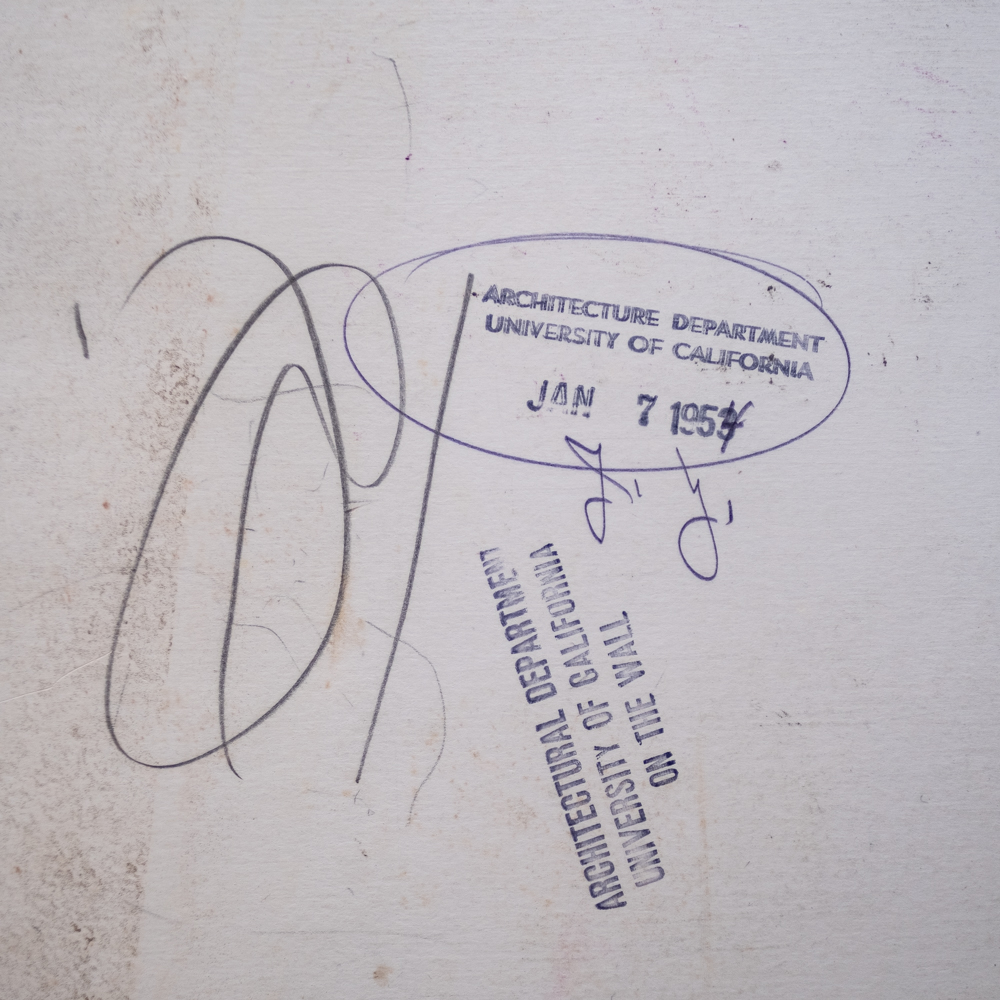