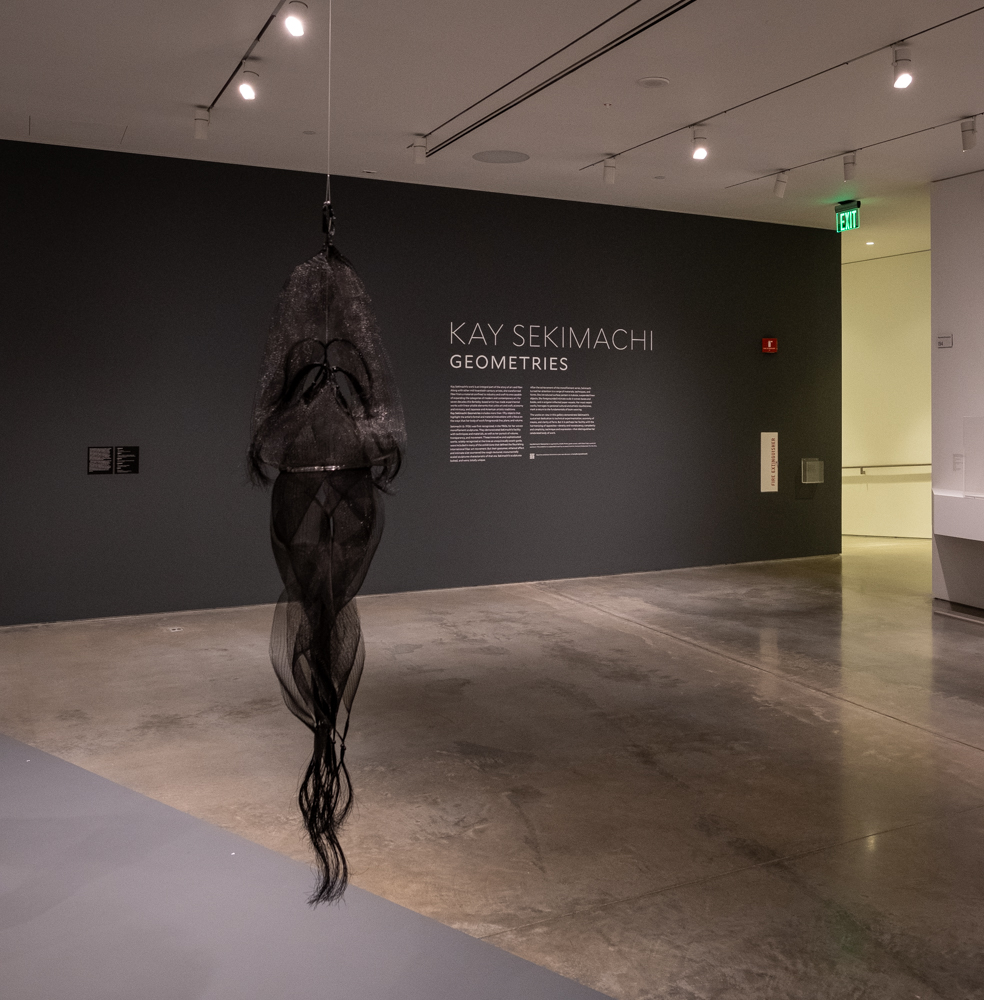 Kay Sekimachi: Geometries Illuminates Six Decades of Berkeley-Based Artist’s Creative Practice
A major new survey of textile art by Kay Sekimachi at the UC Berkeley Art Museum and Pacific Film Archive (BAMPFA). The exhibition includes work made between 1965 and just relatively recently. Most of the pieces come from the collection of Forrest L. Merrill. 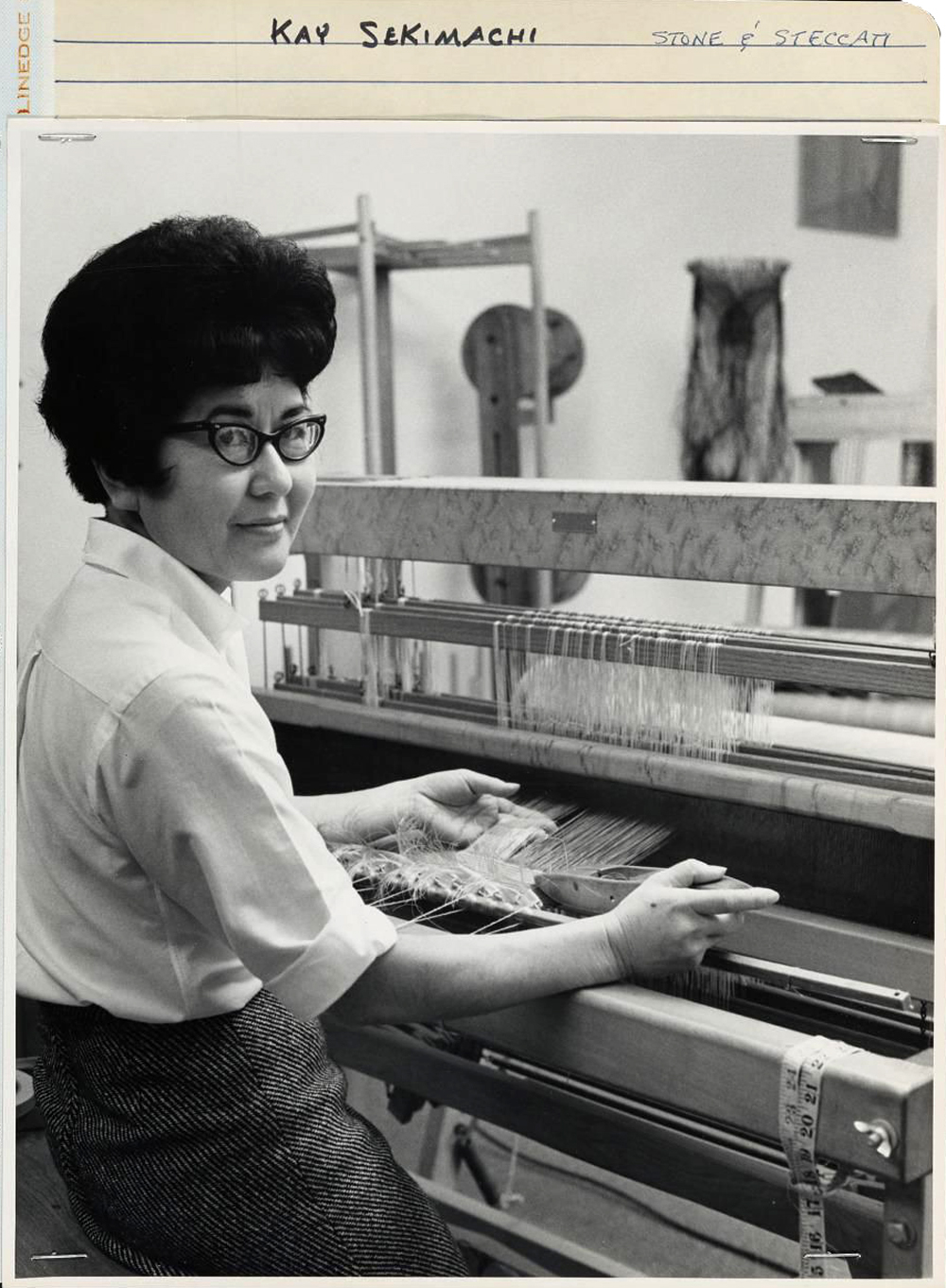 Sekimachi (1926- ) was born in Northern California to two Japanese immigrants. Her childhood in Berkeley was not easy; her father died at a young age, her mother was poor, and she spent a few years of her youth living in an internment camp for Japanese citizens following the bombing of Pearl Harbor.
Later in life, when Sekimachi attended California College of Arts and Crafts, a friend introduced her to the weaving room. Fascinated by the sight of the loomers at work, Sekimachi immediately decided to spend all of her savings on a loom. She would soon push the limits of what weaving could produce, creating sculptural forms out of textiles and ultimately resurrecting the medium as a form of art. Sekimachi’s incredible ingenuity behind the loom earned her the respected title of the “weaver’s weaver.”
Source: Smithsonian Magazine 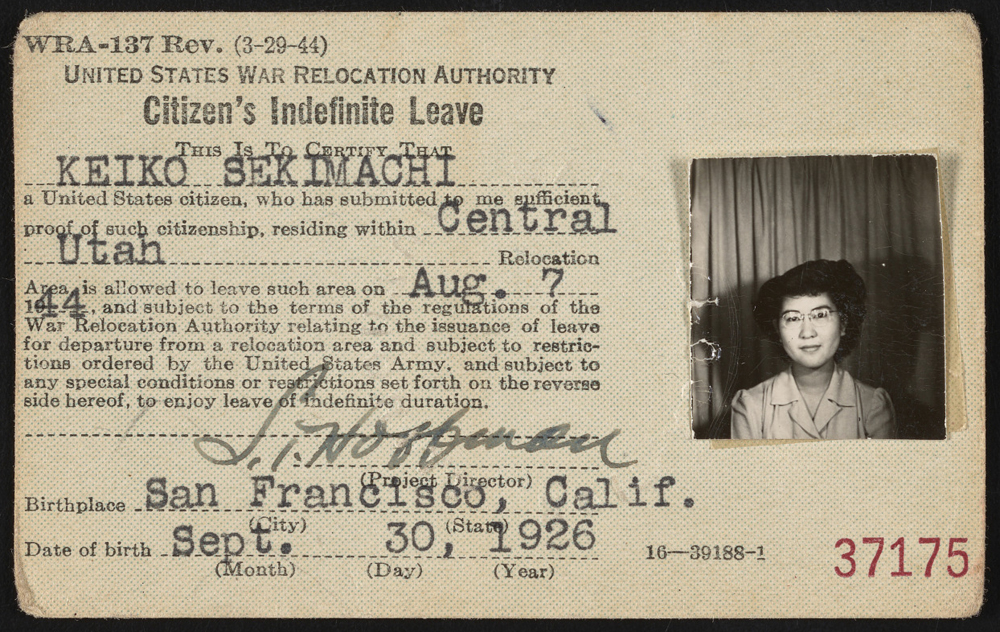 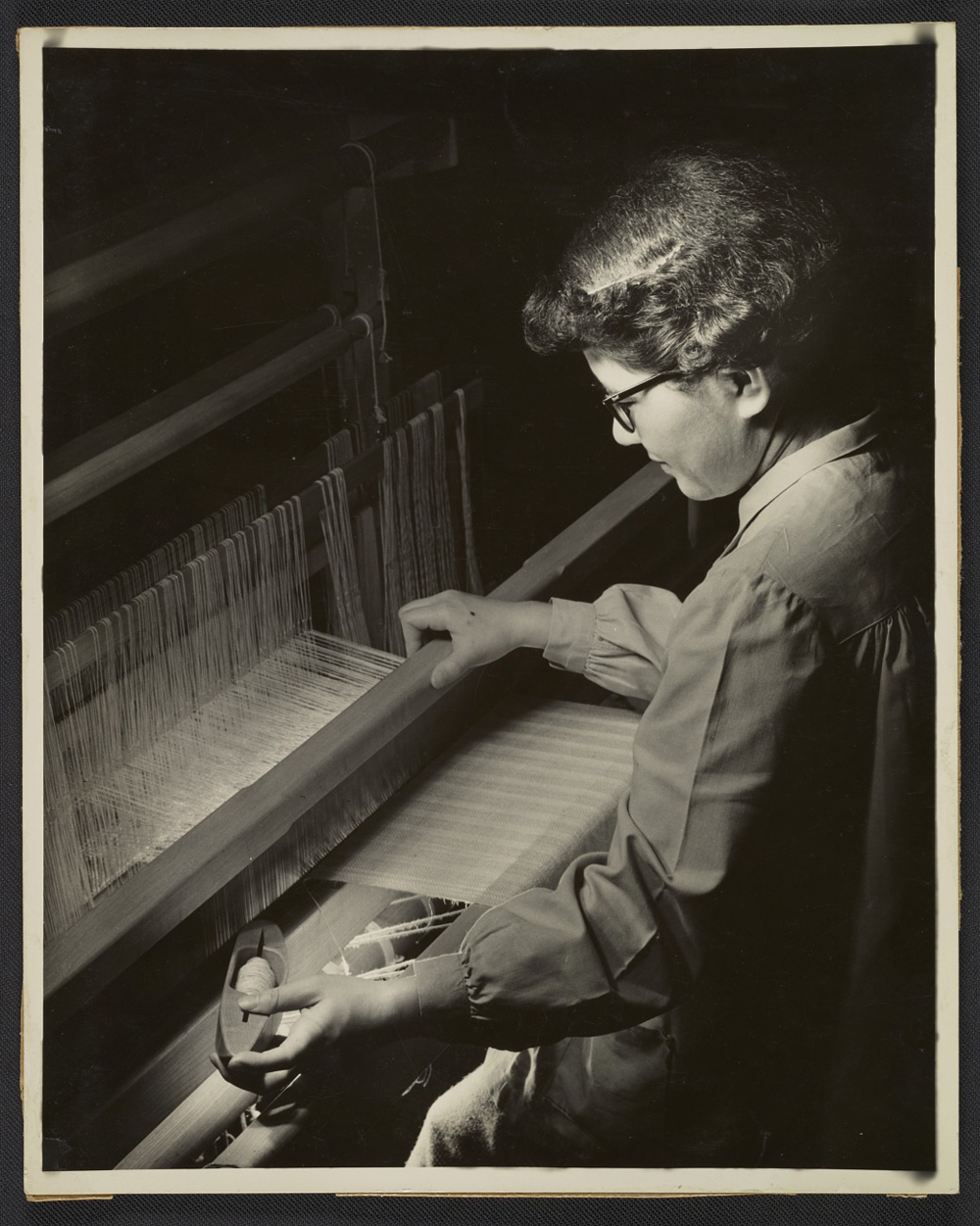 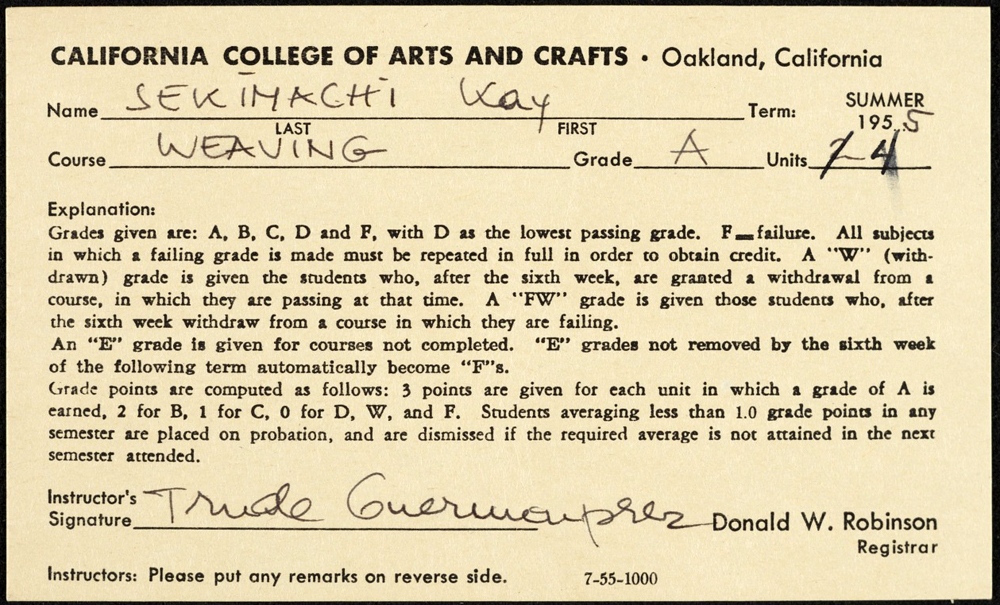 This is so great. It's Kay's California College of Arts and Crafts grade card from weaving class with Trude Guermonprez, 1955. Of course she earned an A!
Source: Bob Stocksdale and Kay Sekimachi papers, circa 1900-2015. Archives of American Art, Smithsonian Institution. 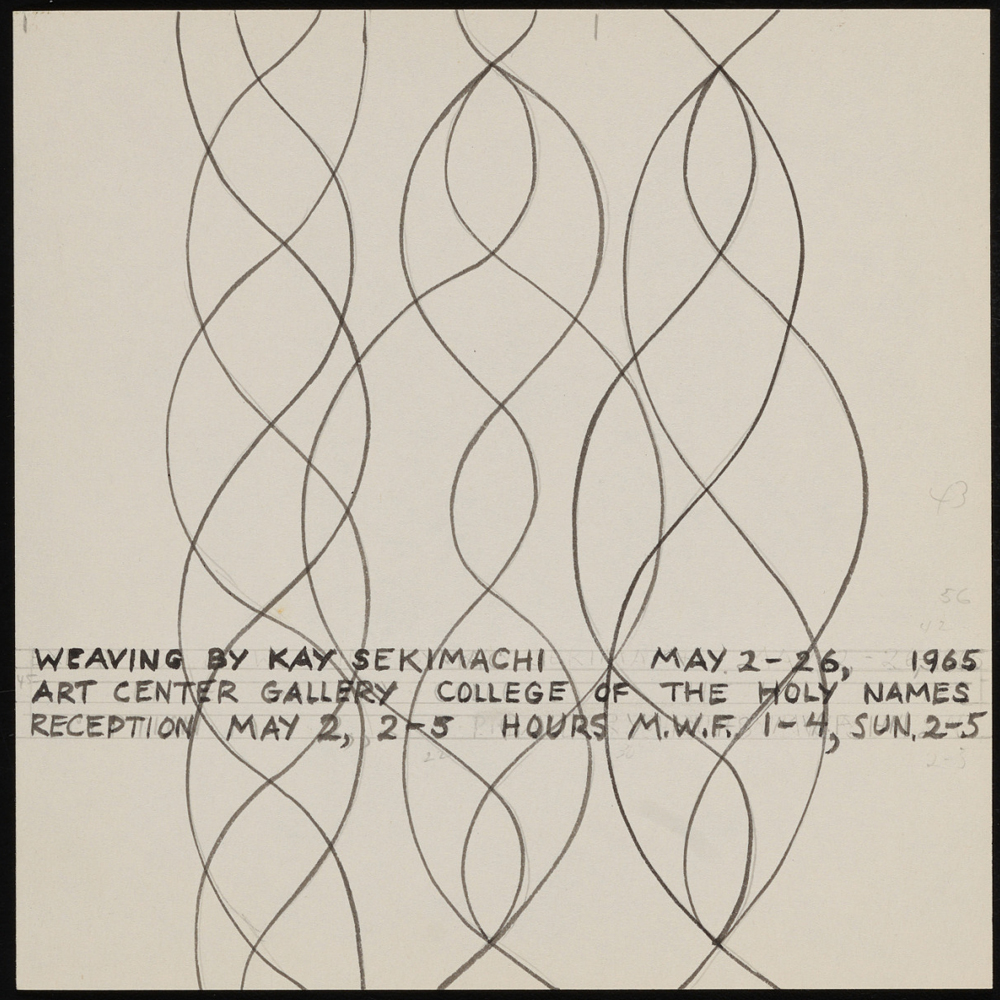 Sekimachi is probably most well known for her monofilament sculptures, made between 1964 and 1974. 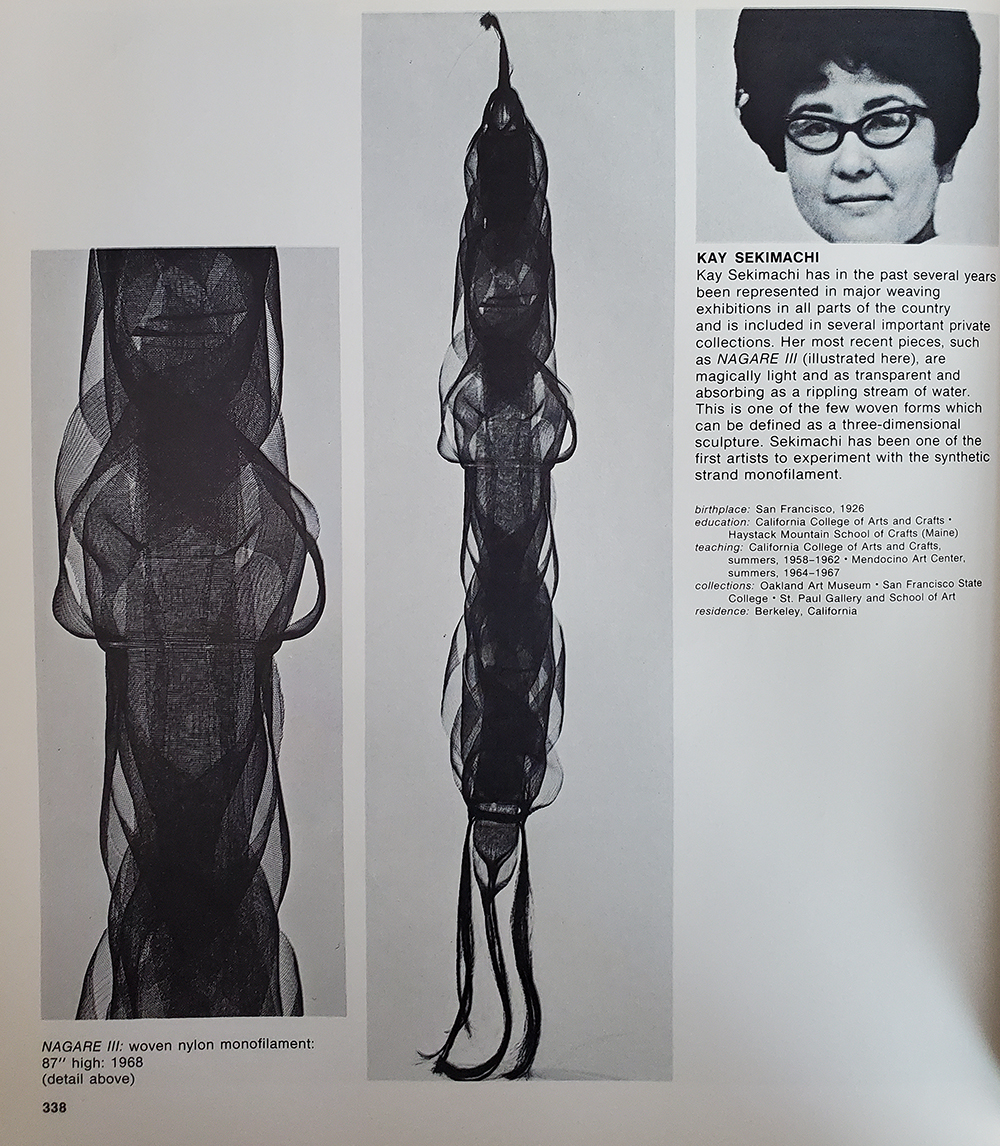 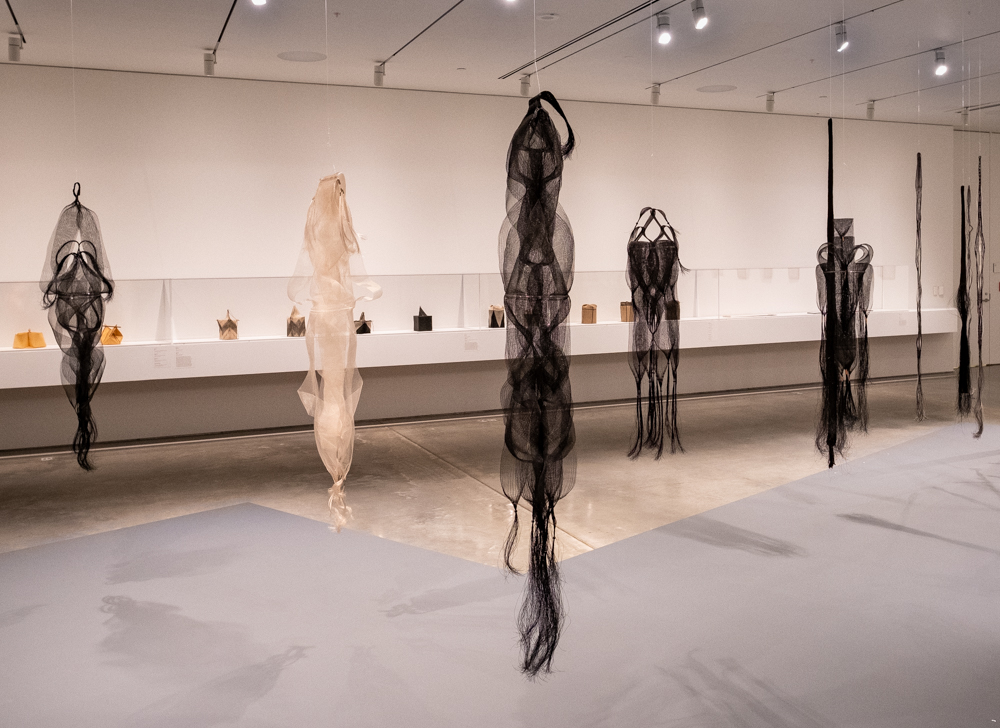 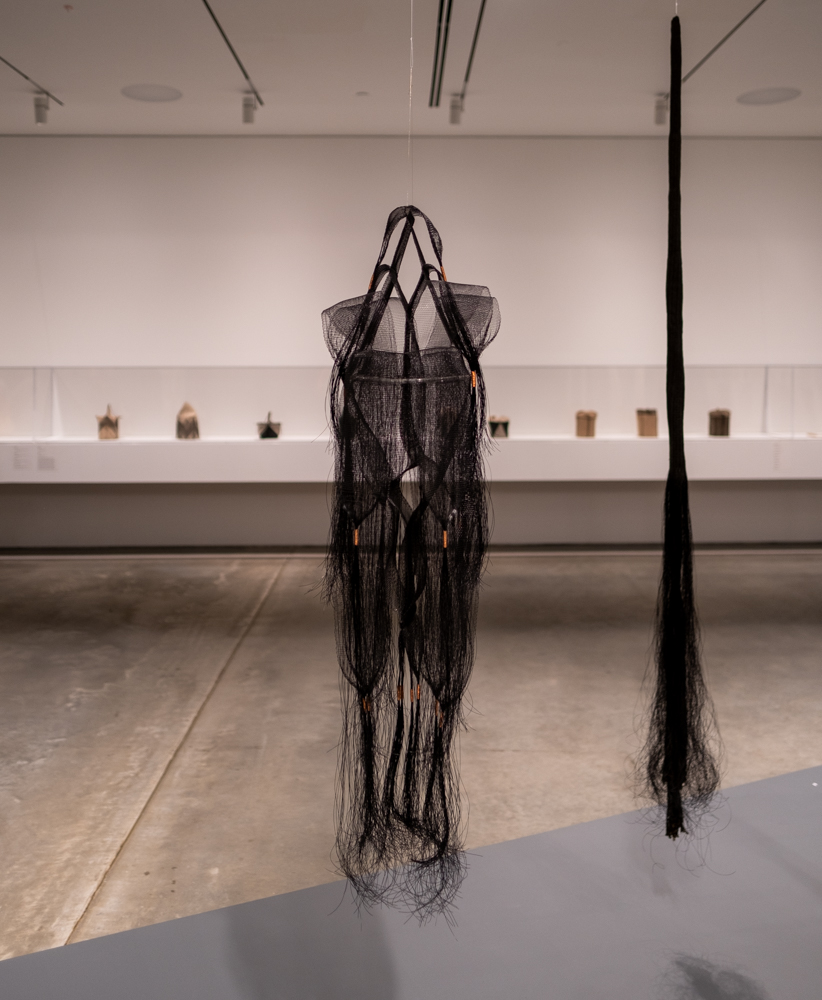 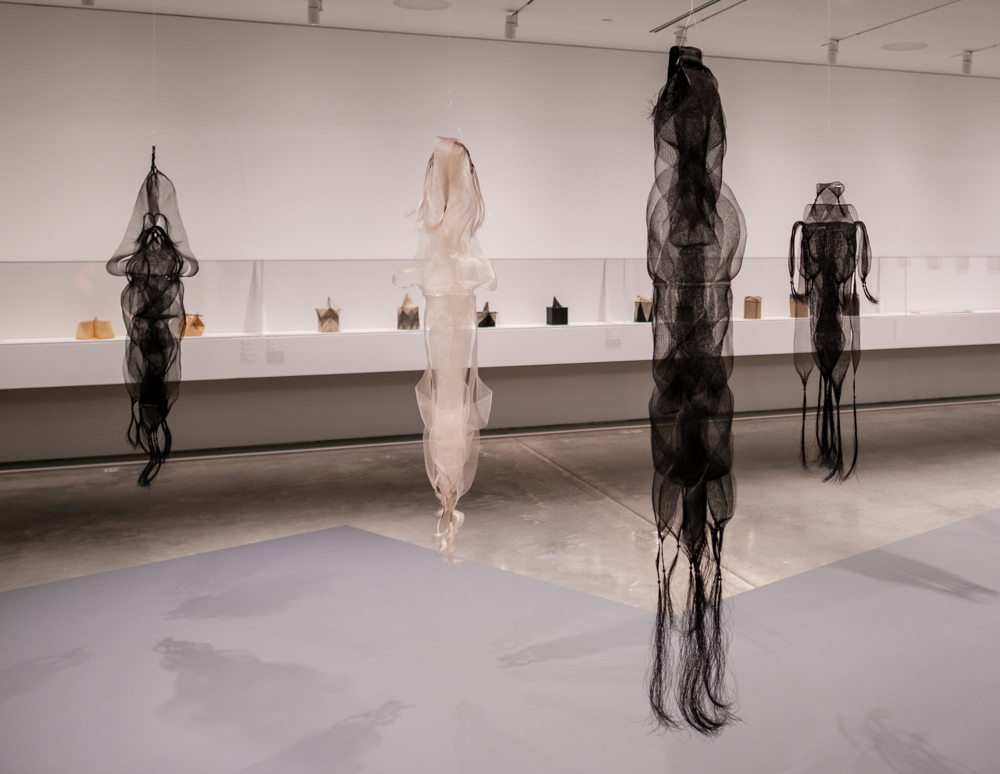 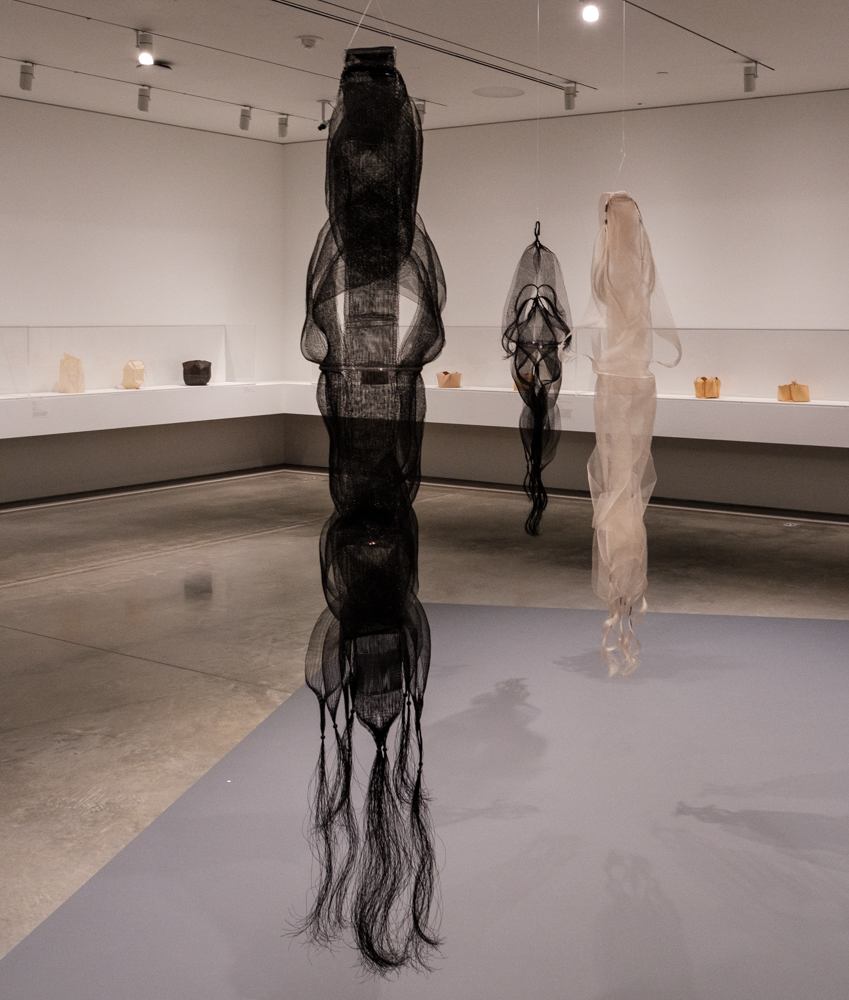 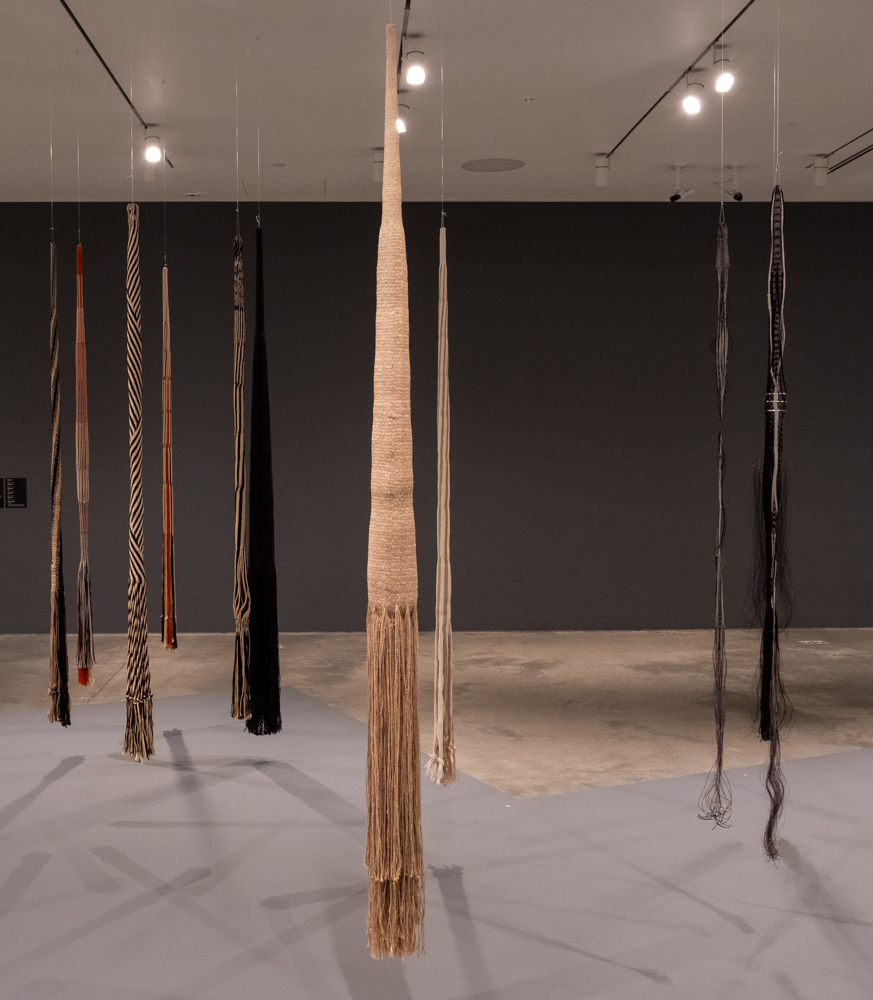 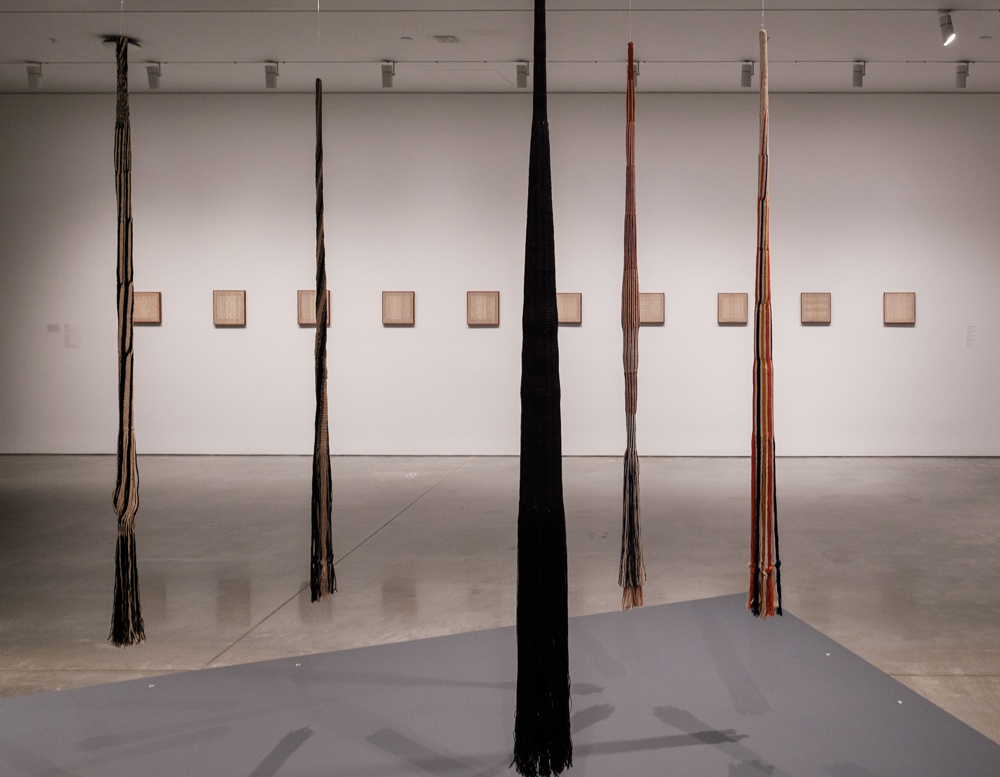 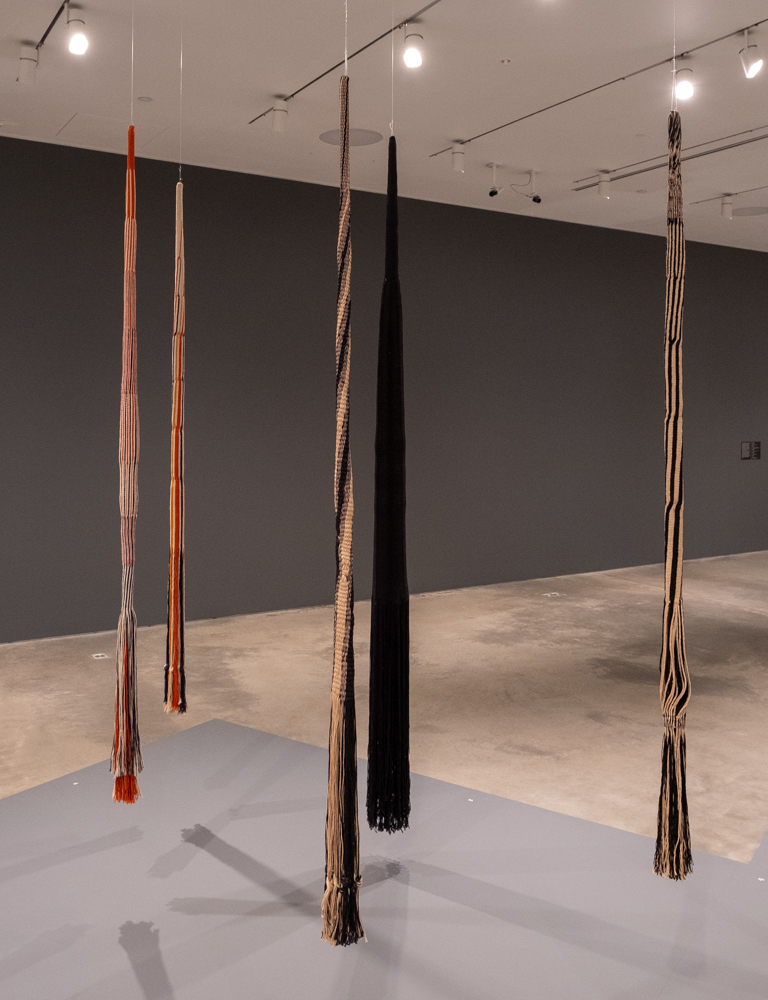 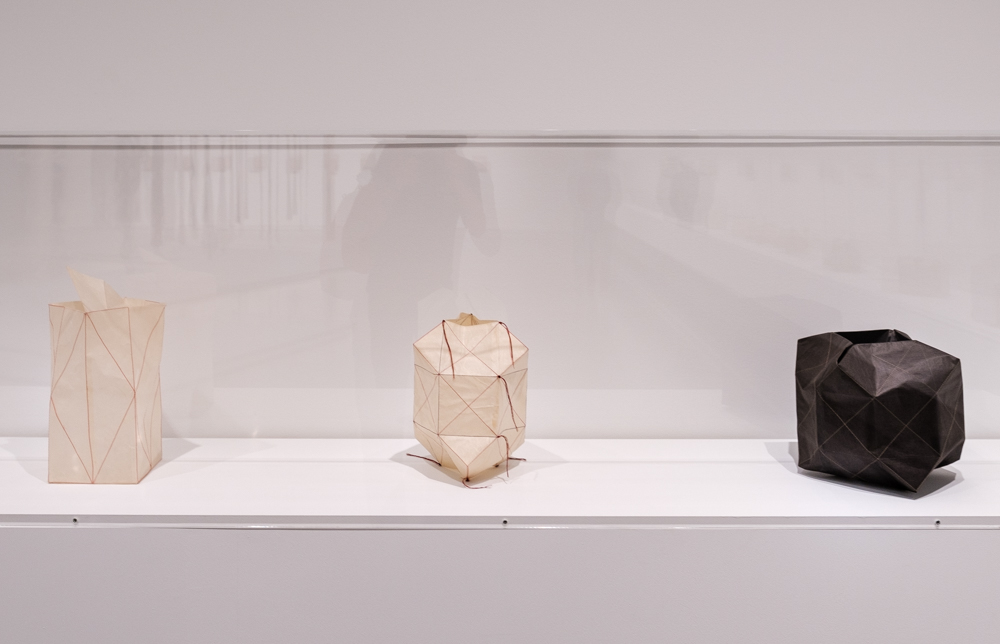 In addition the hanging sculpture, there are a number of textile box which were created over several decades. 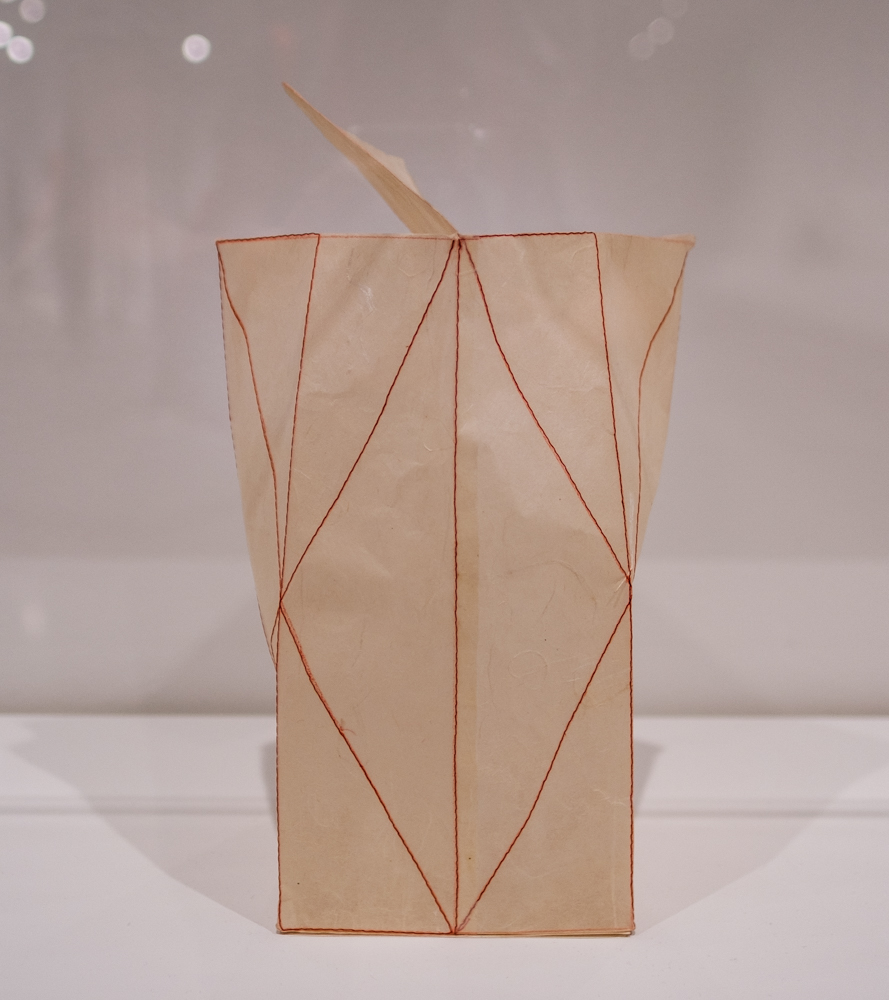 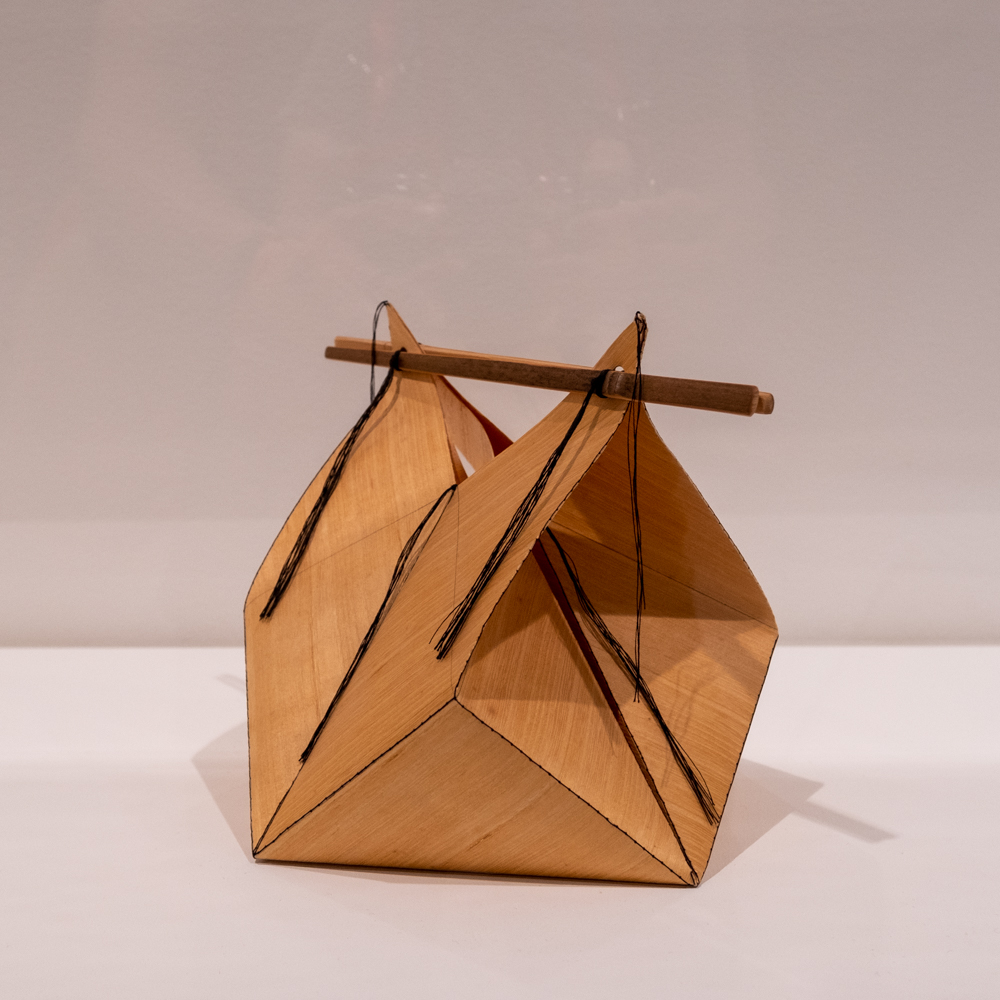 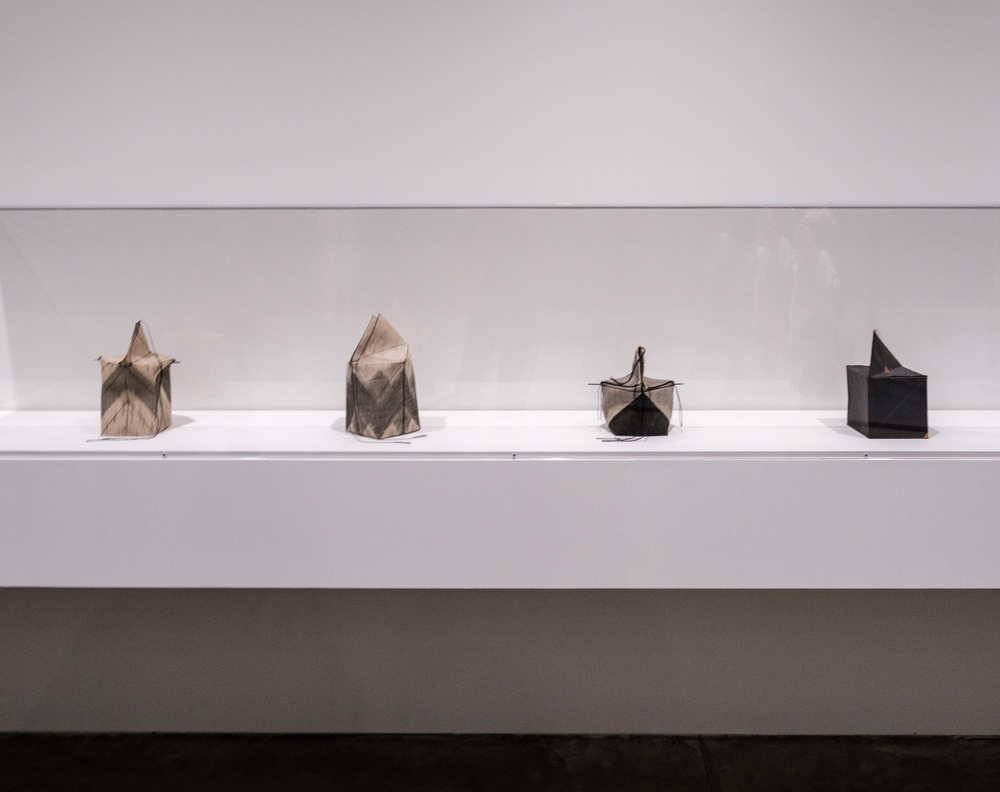 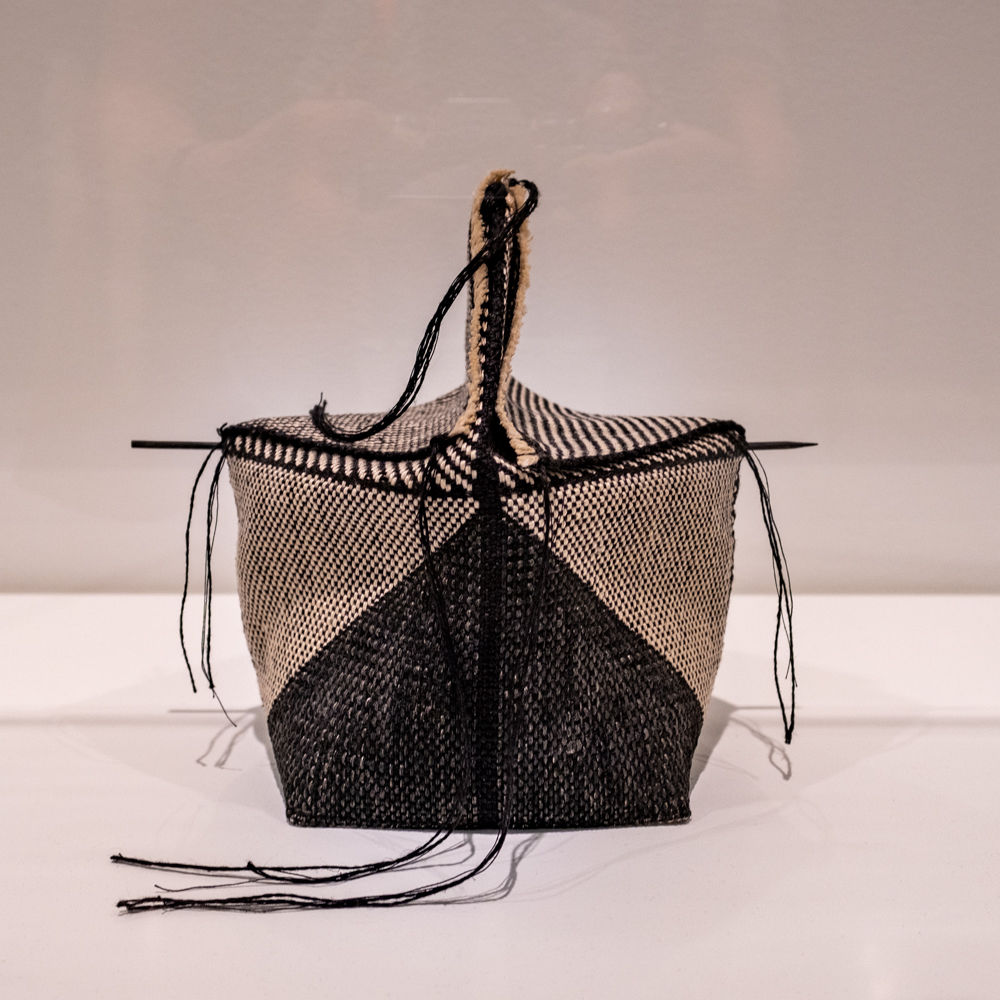 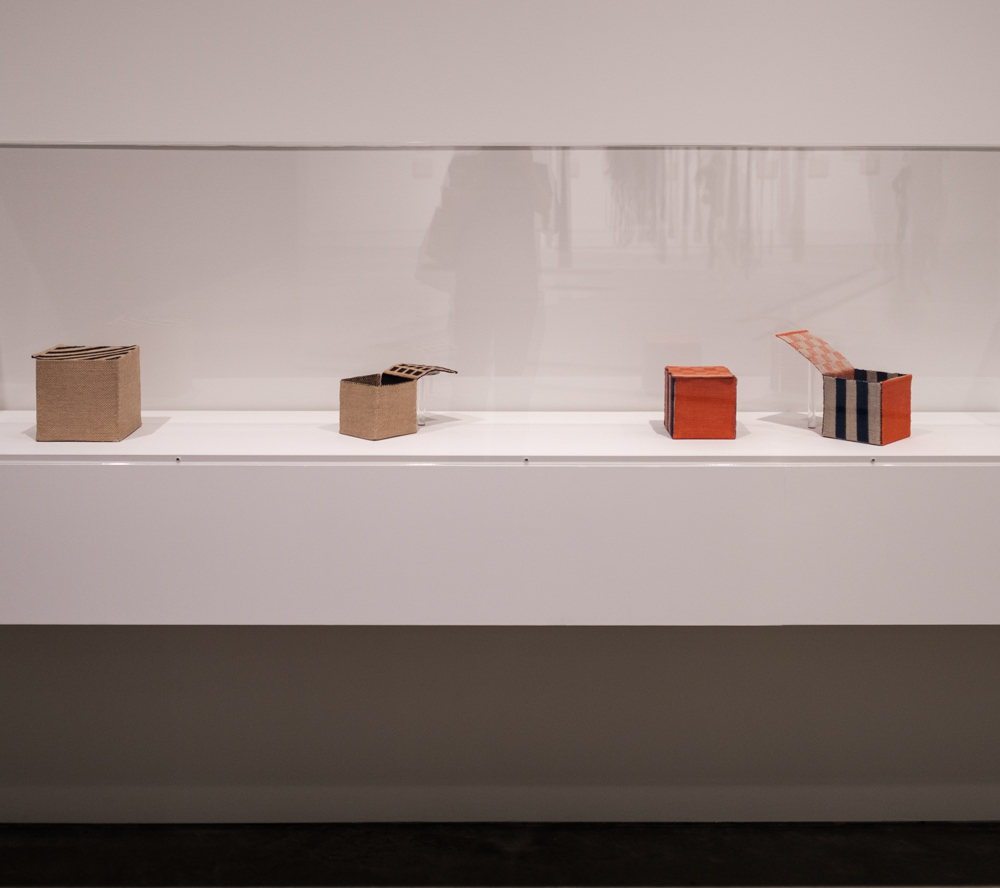 This series of textile boxes dates to the 1990s 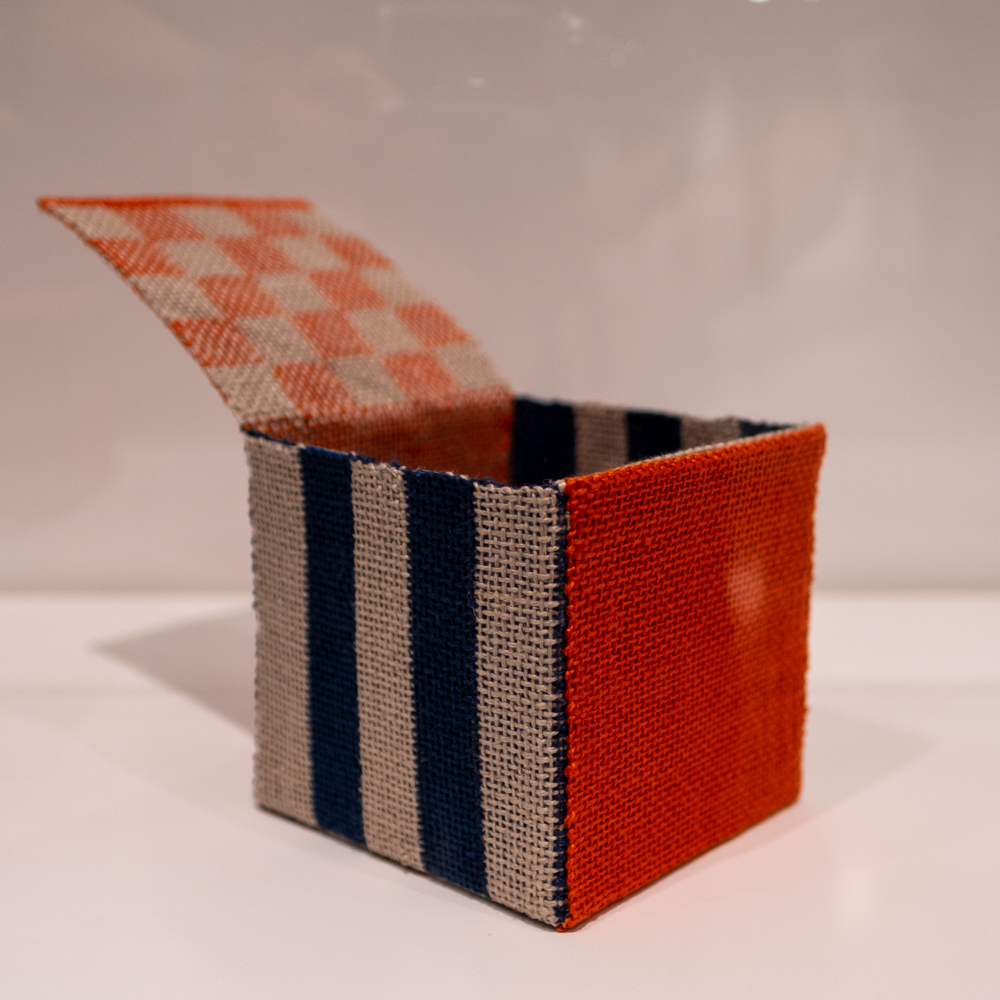 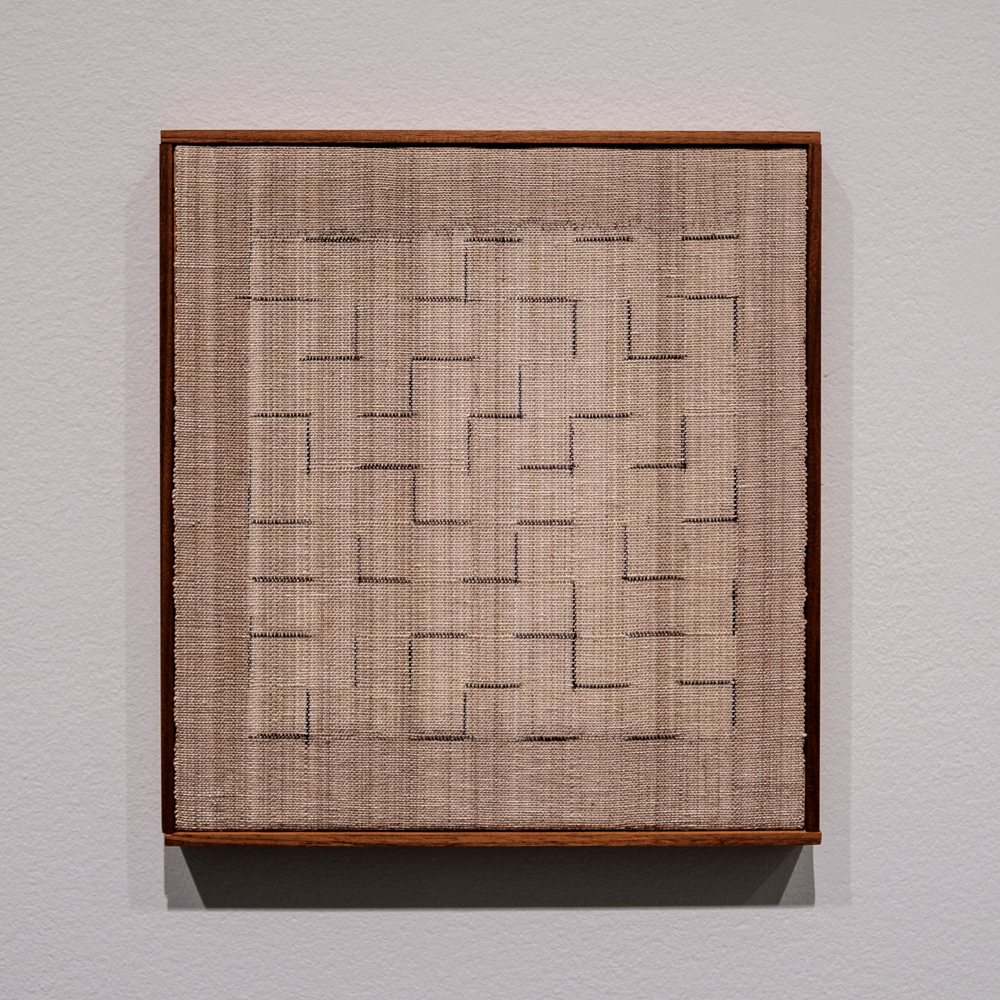 This is the most contemporary work in the exhibition, dating around the 2010's. 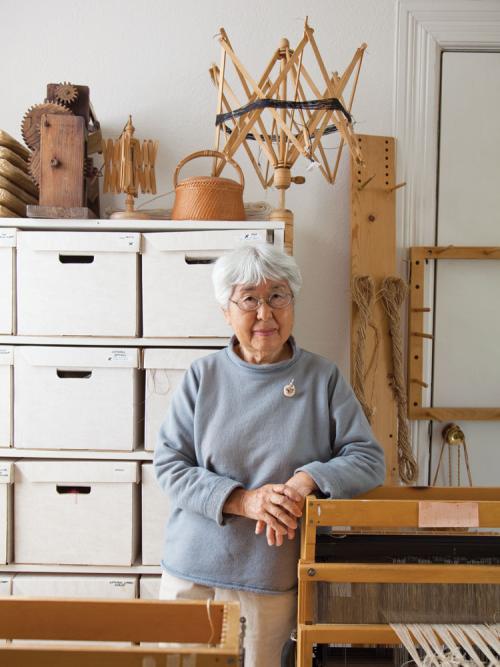 Kay still lives and works in Berkeley, as she has for past ninety years.
Photo: American Craft Council
Kay Sekimachi