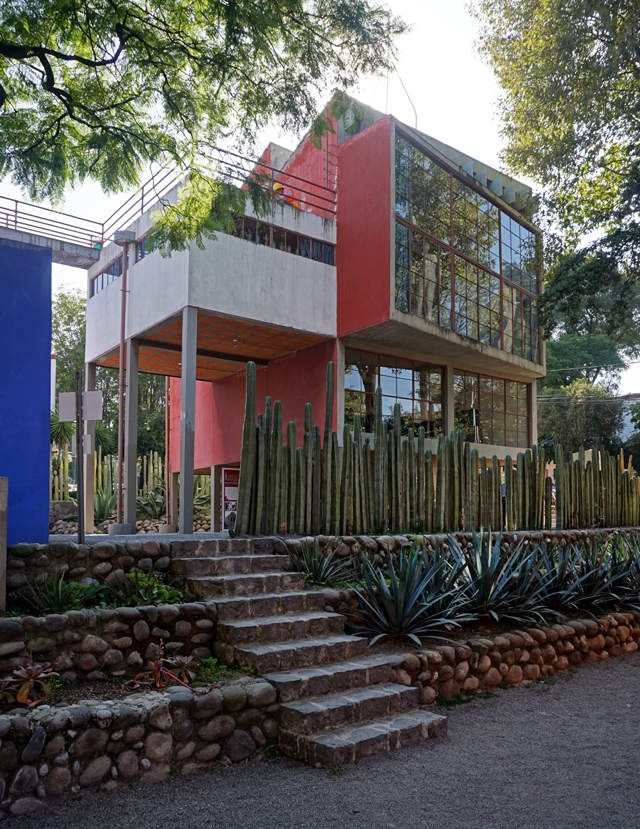 The studio and houses of Diego Rivera and Frida Kahlo and a small photo studio for Guillermo Kahlo were designed by Juan O'Gorman and built between 1931 and 1932 in San Angel Inn, in Mexico City. Frida and Diego would not start living there until late 1933, after a long trip to the United States, which included the Diego mural at the Detroit Institute of Arts. 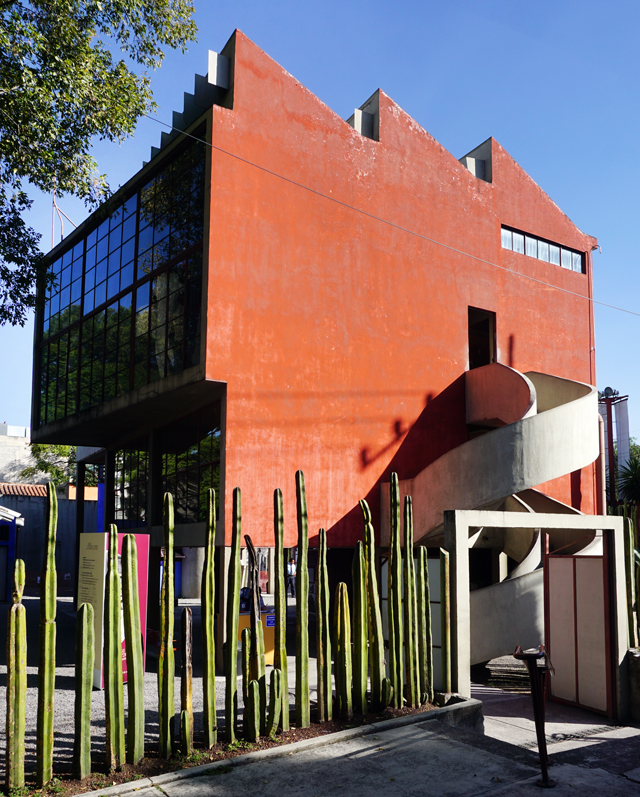 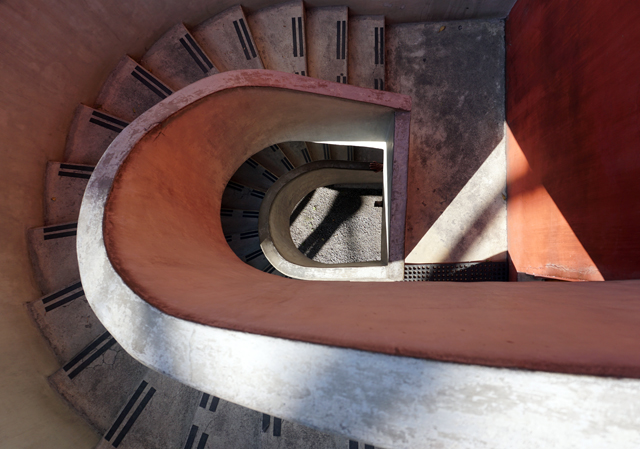 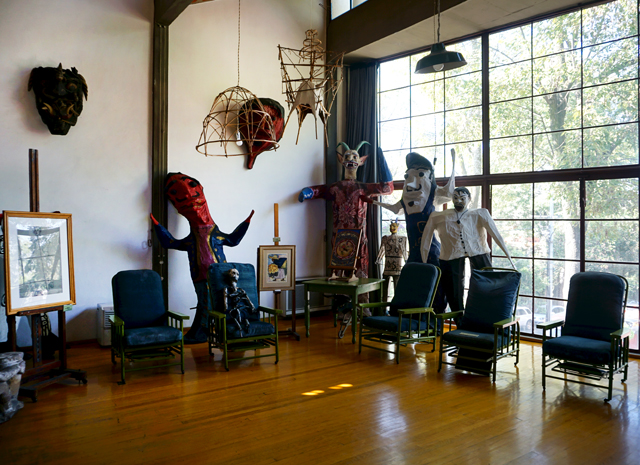 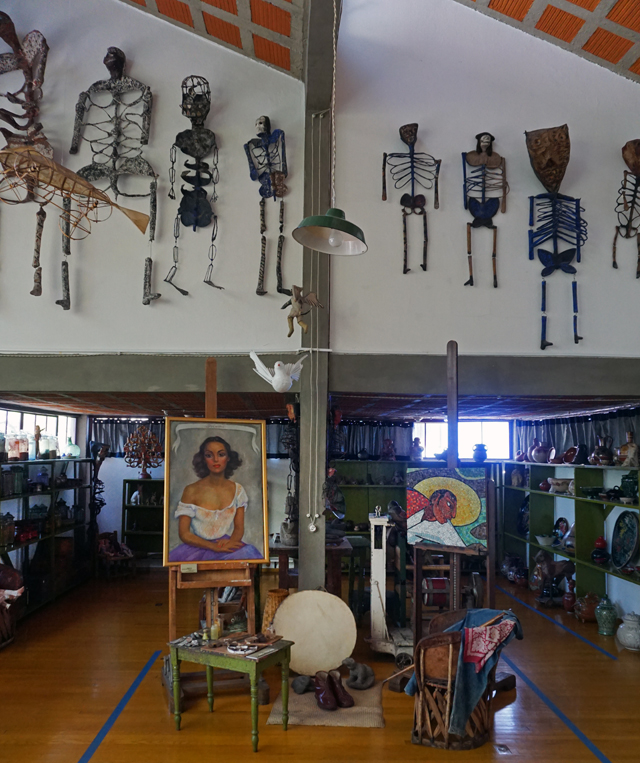 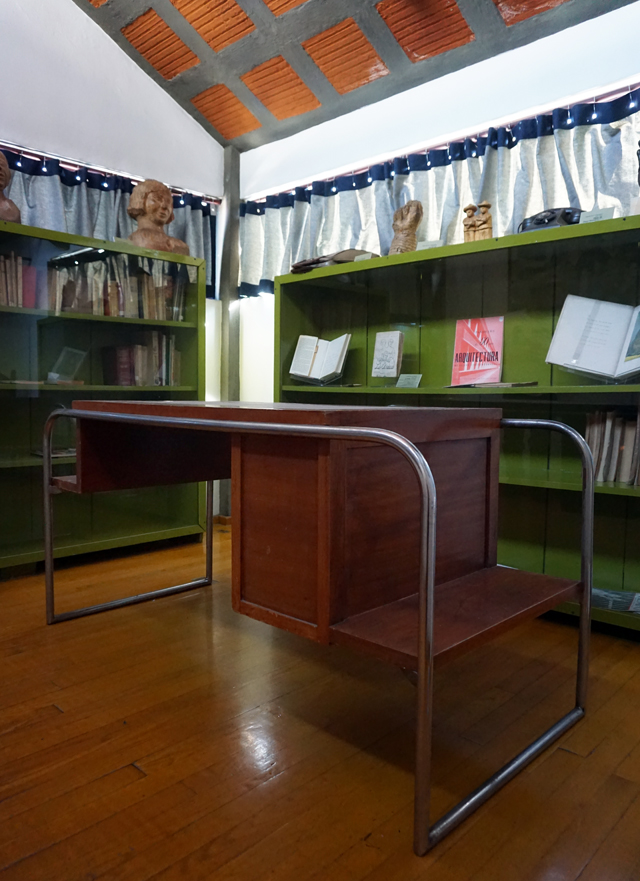 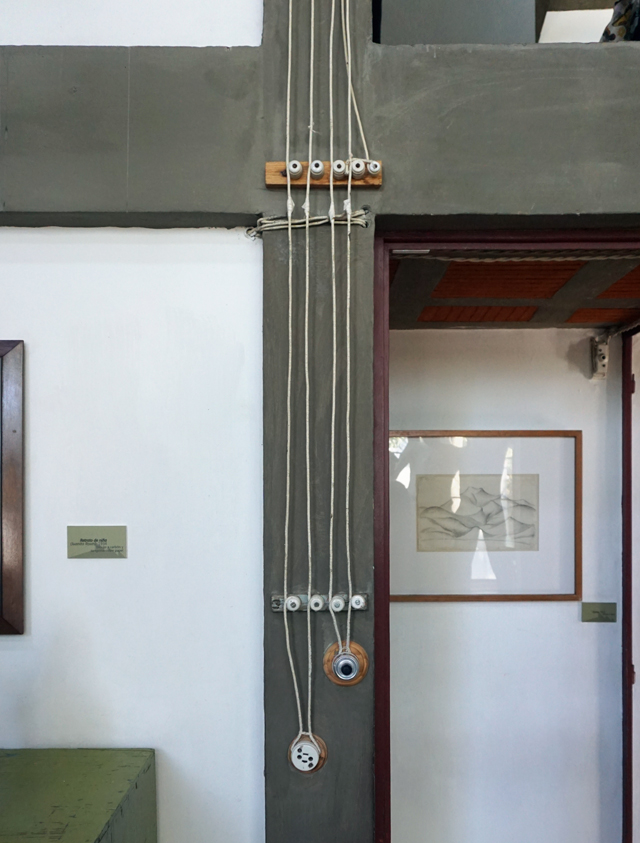 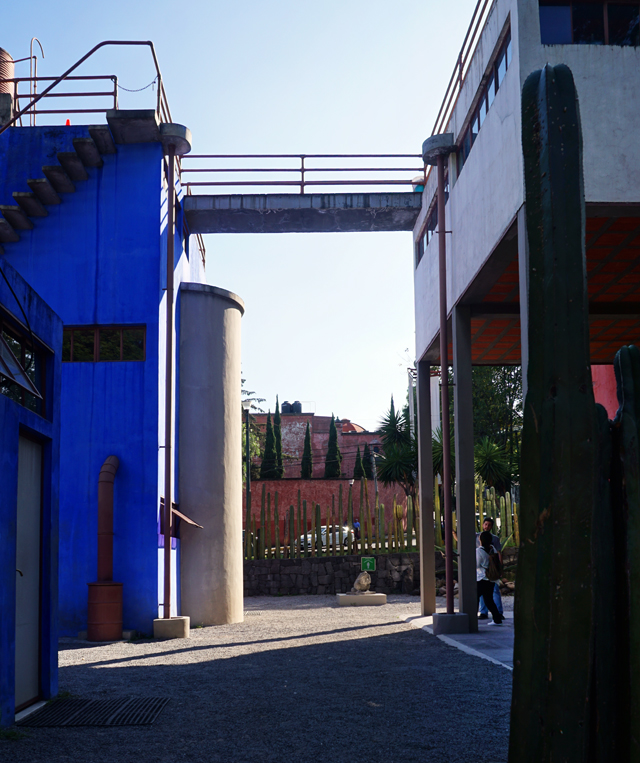 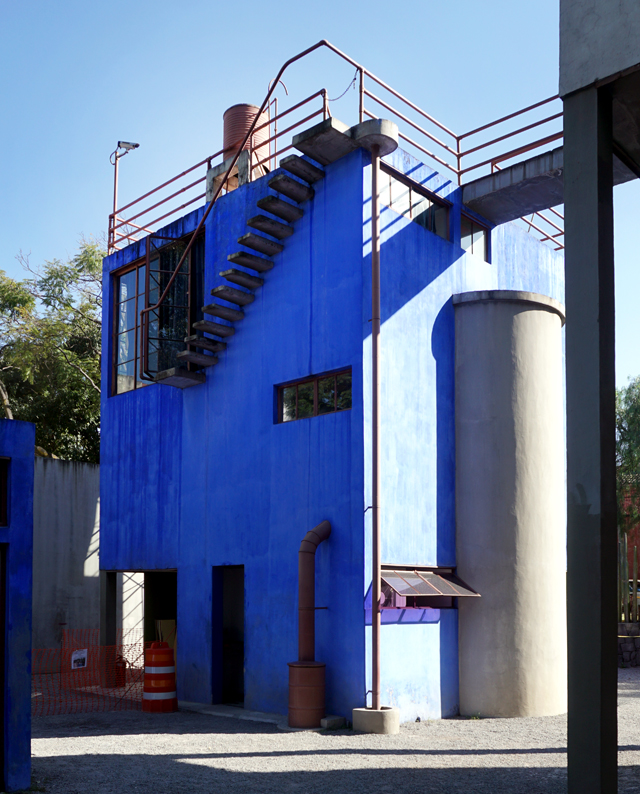 Due to Polio, a past accident, and other ailments, Frida had mobility issues. The staff carried her up and down the stairs. 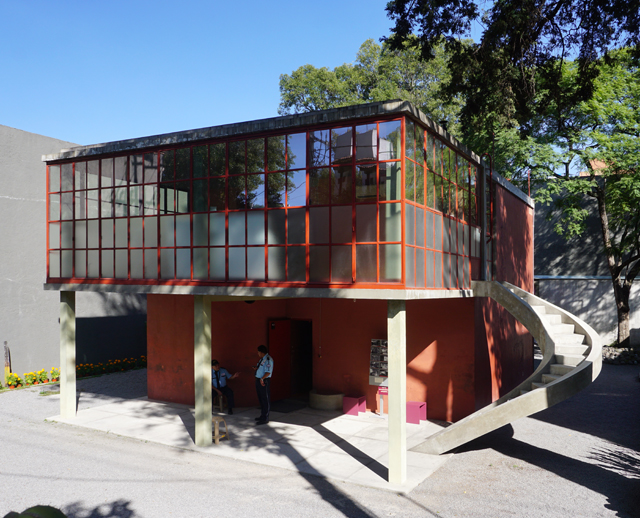 In 1931, Juan O'Gorman built this house for his parents (although they never moved in) on the neighboring property. It's considered the first functionalist/modernist house in Mexico. After seeing it in person, Diego commissioned O'Gorman to design the buildings for him and Frida. 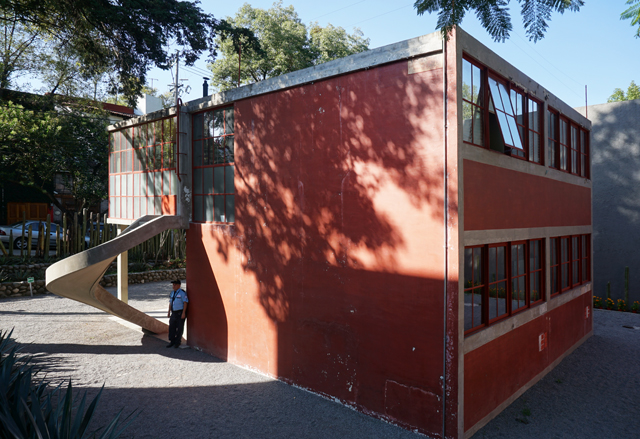 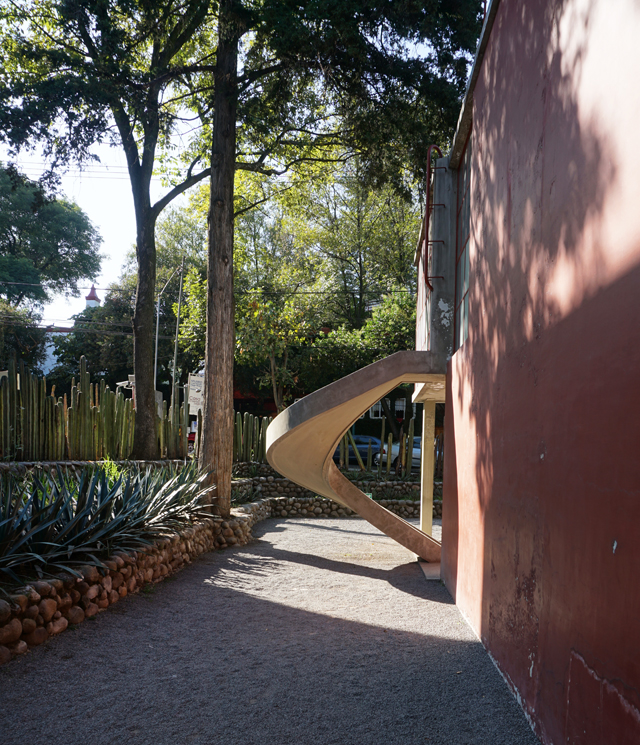 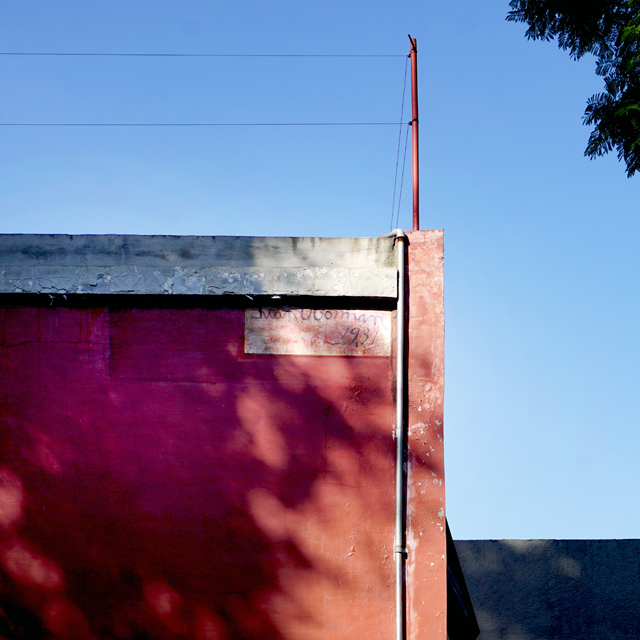 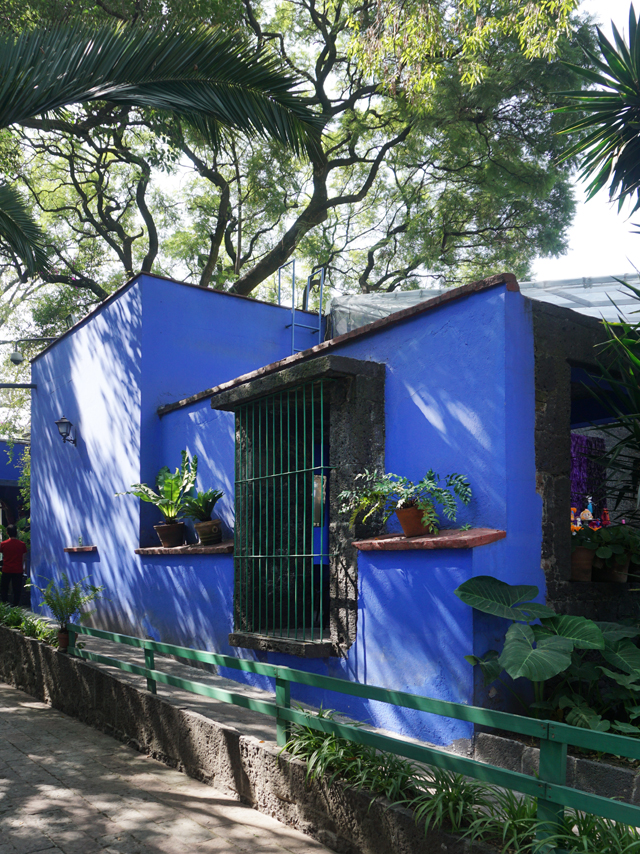 La Casa Azul was built in 1904. It was where Frida was born and now serves as a museum dedicated to her. After her father's death in 1941, Frida and Diego moved back to La Casa Azul and it's where she died in 1954. 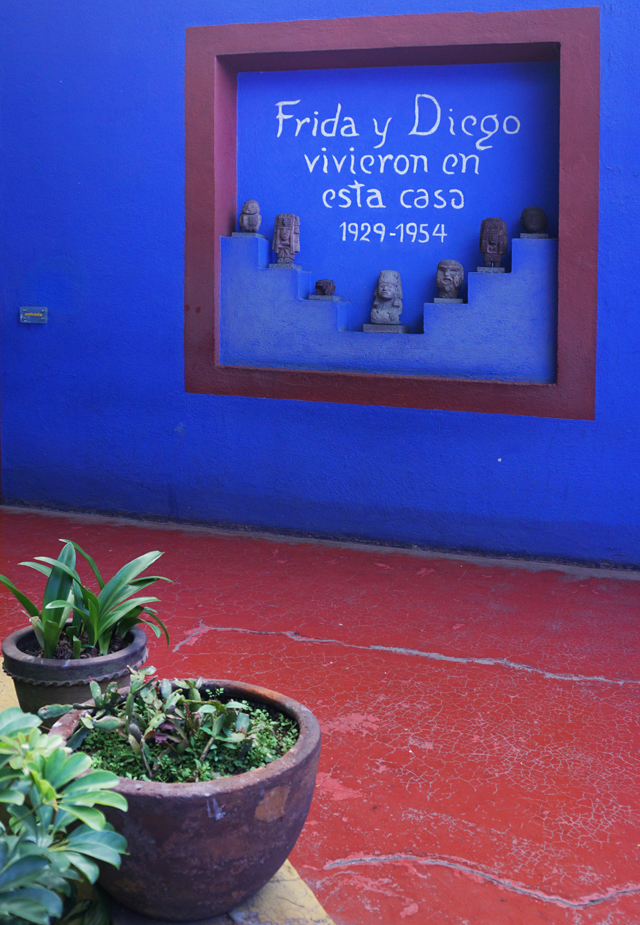 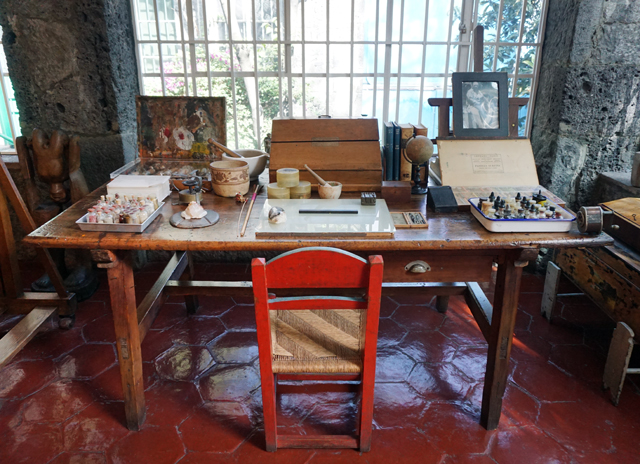 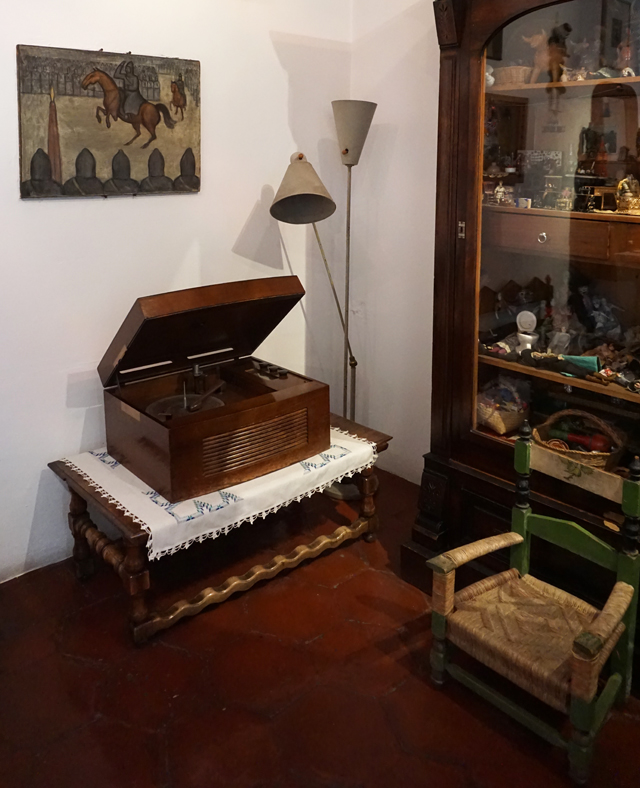 It was surprising to see this David Wurster lamp in the mostly traditional interior. 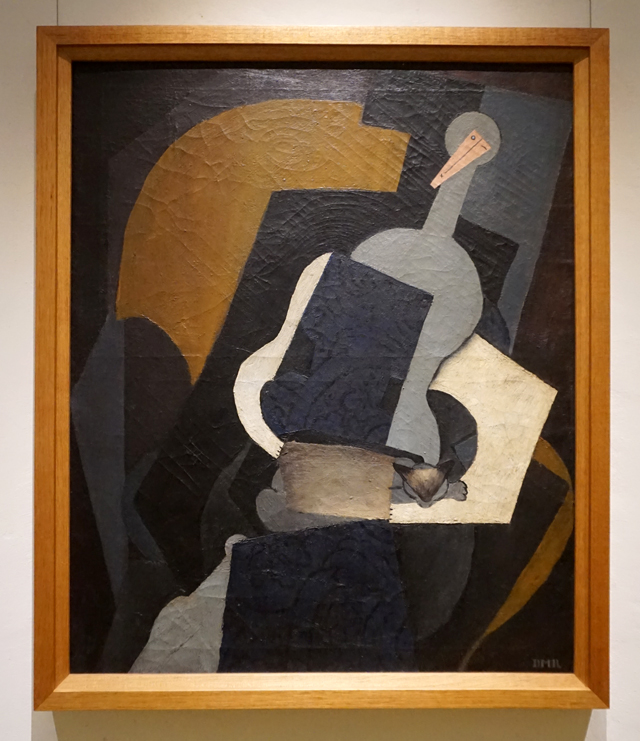 The museum has a gallery of works by the couple, like this Rivera painting. 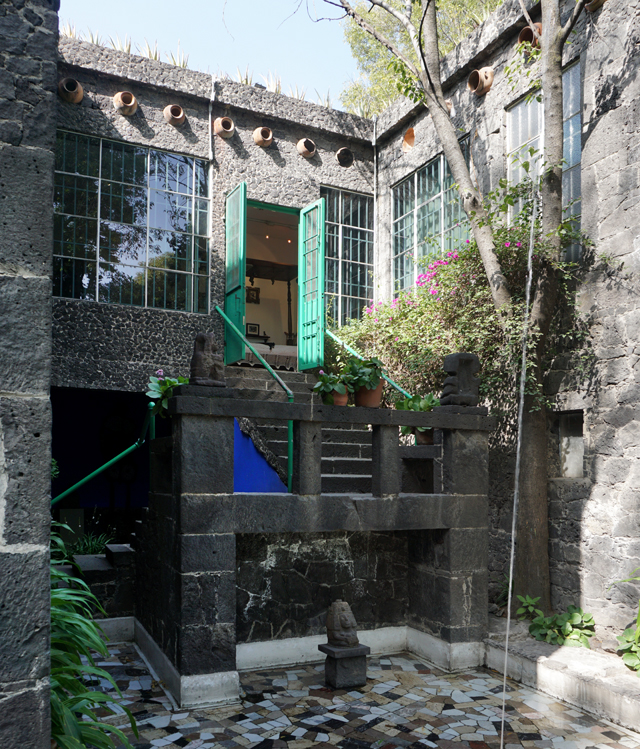 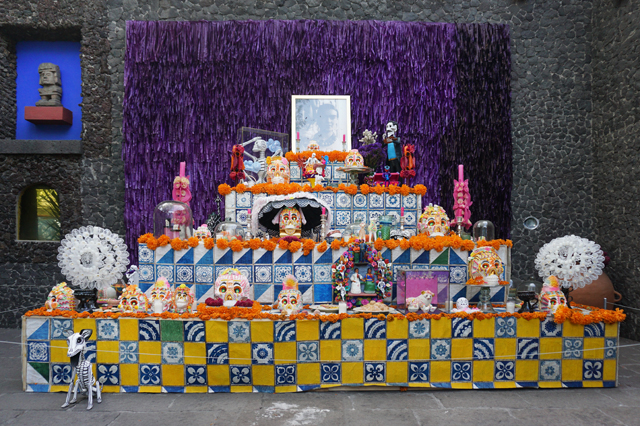 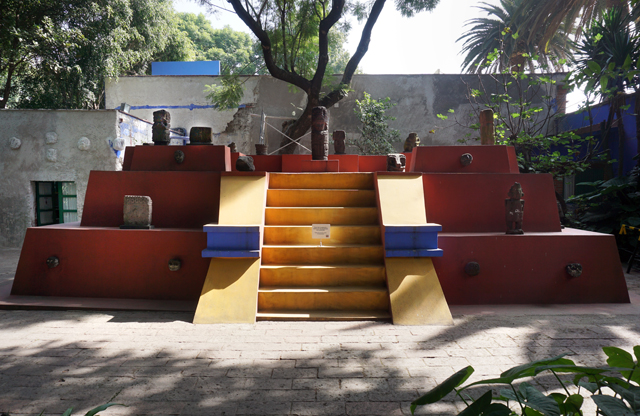