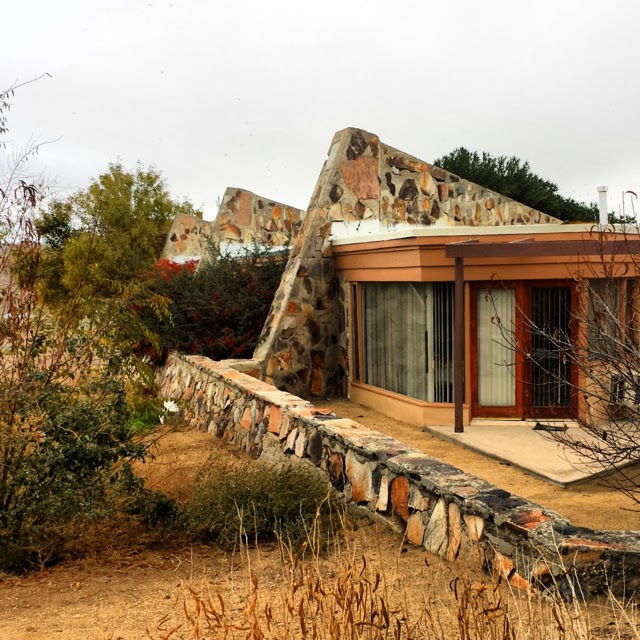 The Joshua Tree Retreat Center at the Ding Le Mei Institute of Mentalphysics, by Frank Lloyd Wright and his son, Lloyd.  The project was started by Frank and completed by Lloyd in 1946. FLW first designed Ding Le Mei's home, which is also on the property. His son Lloyd then came on to finish his father's designs for the rest of the buildings and oversaw the construction.

“In the mountains of California, above the Mojave lies a plateau overlooking the desert, sloping to the East, facing the morning sun, into the West where San Gorgonio’s snow-capped peak reflects the glow of the setting sun. Here, The Institute of Mentalphysics is planning and building its city. Moved by a sense of the tranquil nobility and eternal beauty of the desert, I have planned, not a city of asphalt, paving and steel, or of tight mechanical grid and congested living barracks [but] a city of the Desert, spacious, free-sweeping; its broad floor carpeted by myriads of desert blossoms; its residents dwelling at peace, and sharing with the soil, sky, and trees, their joy of living, its centuries old Joshua trees standing like sentinels above its homes.”—Lloyd Wright, Architect  via Desert Vortex  The full article, by Dean M Gray, is a great piece of research on this relatively unknown project. 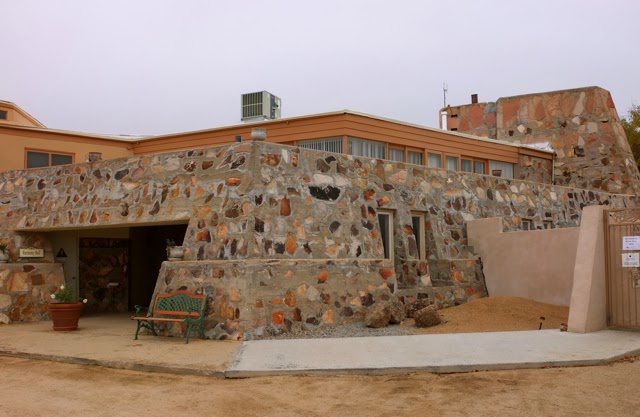 Meeting hall,which is connected to the Caravansary of Joy (top photo). 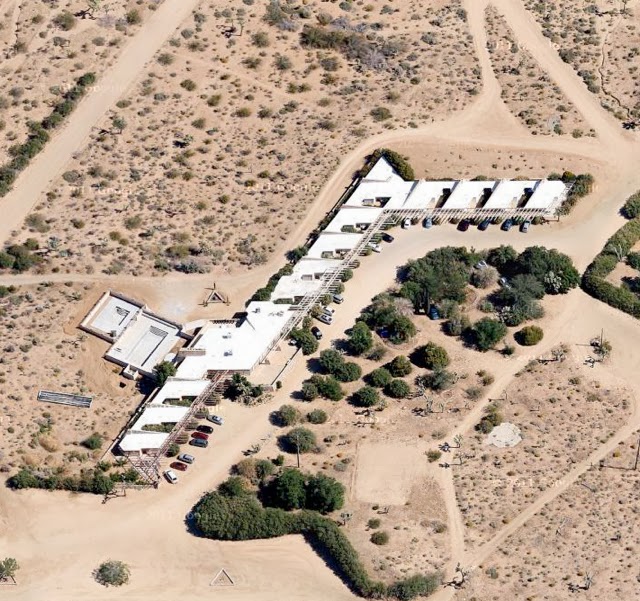 The caravansary is a 700-foot-long structure with motel-style rooms and the meeting hall.
A pool is located to the left of the meeting hall. It looks to be a new edition, or just a bad update. It sticks out like a sore thumb. 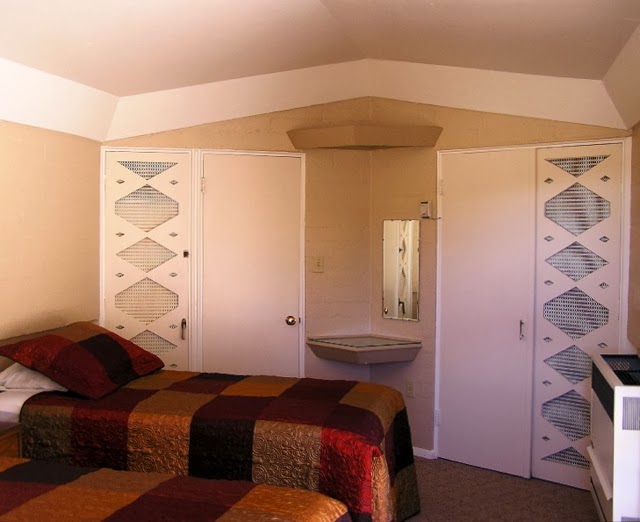 One of the guest rooms.
Source: Joshua Tree Retreat Center 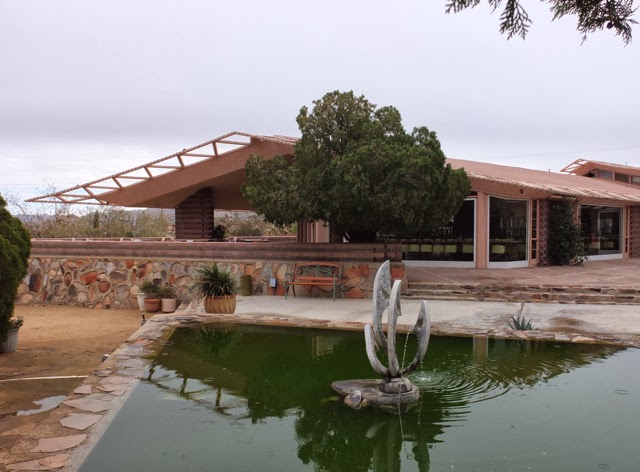 Water Terrace Dining Hall
The buildings were designed and placed with principles of Mentalphysics as well as sacred geometry. 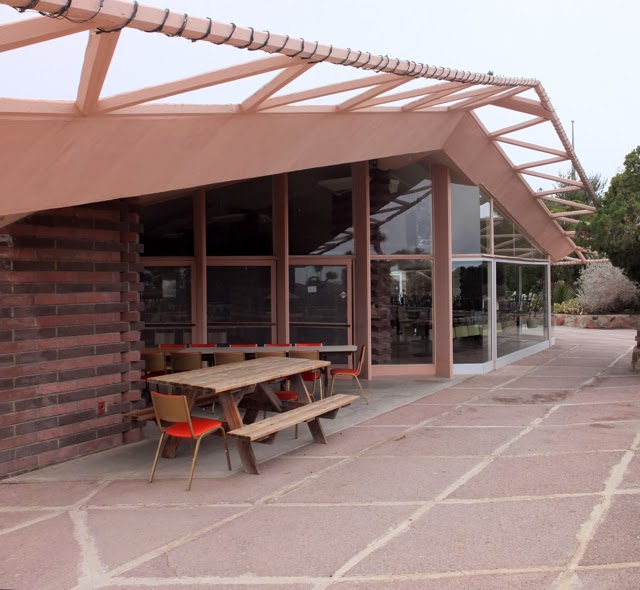 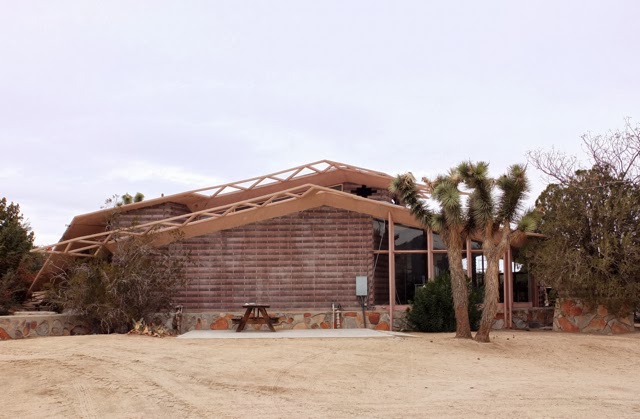 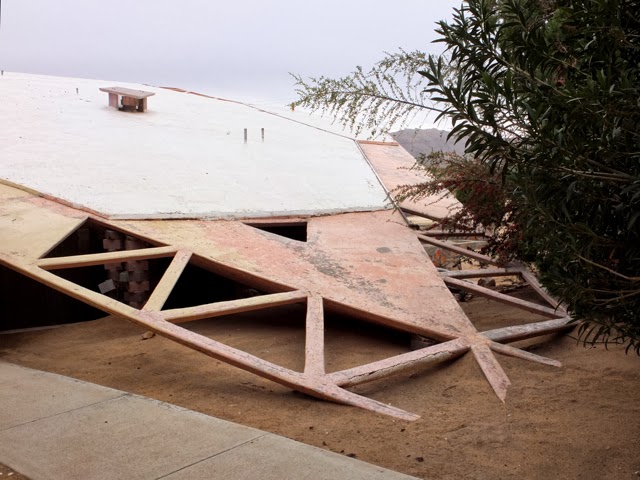 The roof structures were designed for trees to grow through. 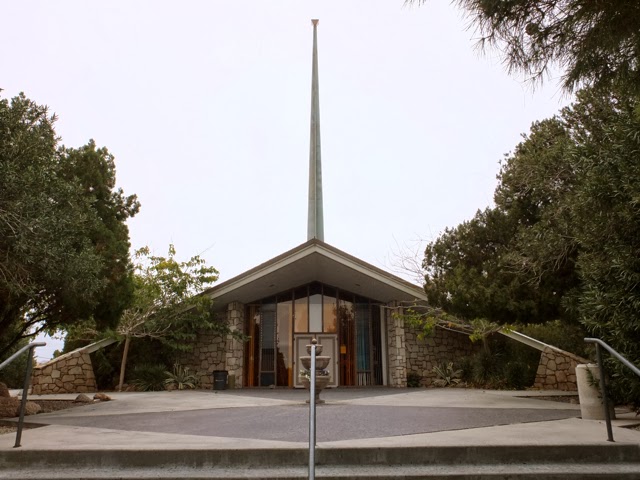 Preceptory of Light, the First Sanctuary of Mystic Christianity 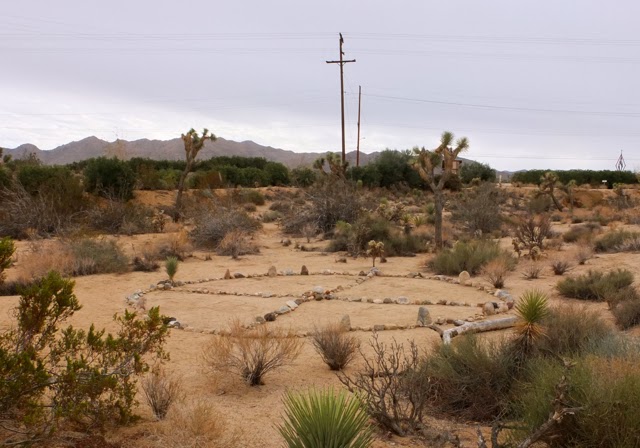 From the Joshua Tree Retreat Center...."When Dingle discovered the land, he witnessed a great light from above and was told that this was indeed the place to build the Institute and that roads would be made to carry people to this place of respite. The land has since been called a "magnetic anomaly" and has been tested with sensitive electromagnetic equipment that confirms that it is a unique energetic "vortex". There are only two places in the world classified as such...a place in Bryce Canyon, Utah, and the land at the Institute of Mentalphysics."