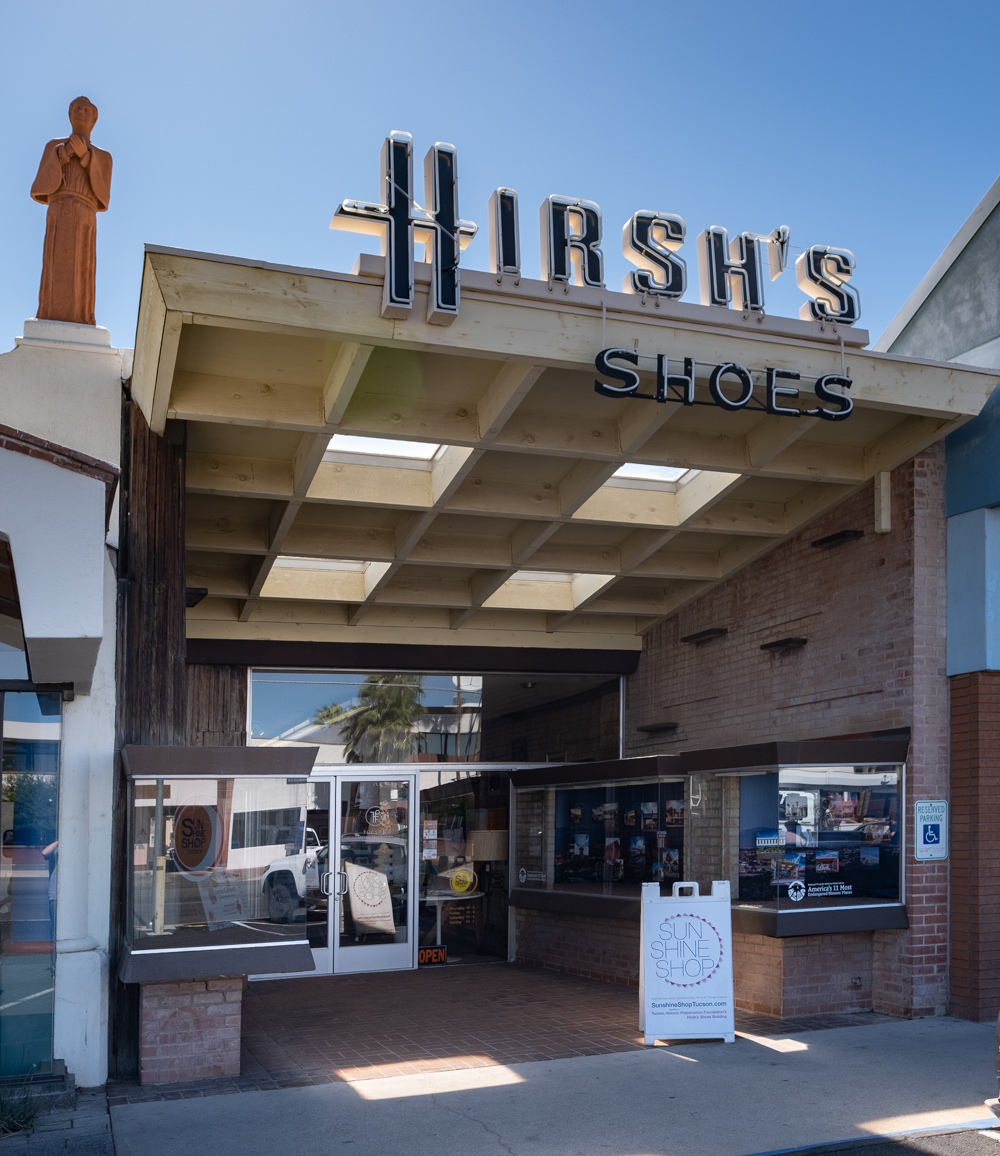 Tucson Modernism Week 2019, presented by the Tucson Historic Preservation Foundation was held this past weekend. A small group of San Diegans ventured out to join the fun.

The firs stop, as it usually is when I go to Tucson, was the Sunshine Shop. It is located in the historic Hirsh's building, where the Tucson Historic Preservation Foundation is also located. 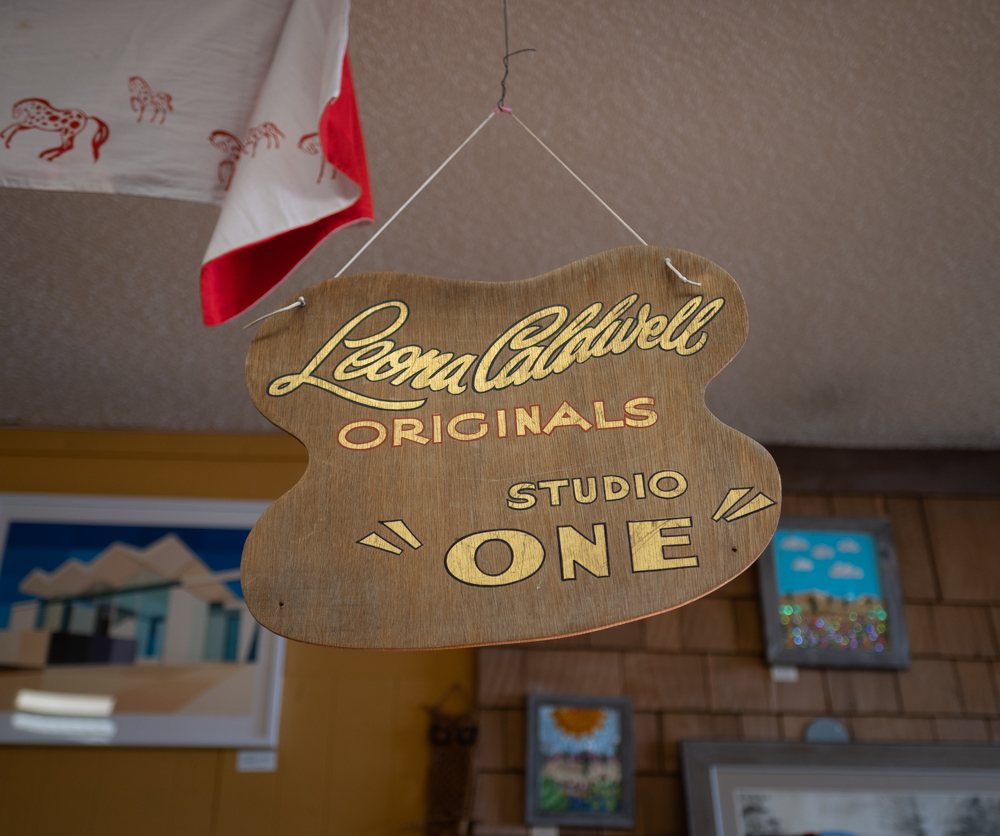 Sunshine often holds exhibitions related to Arizona artists and craftspeople. Leona Caldwell, from the Family Archives, was the focus of their modernism week exhibition.

Leona Caldwell was a noted figure in Arizona’s modernist craft movement. Based in Scottsdale, her work celebrated cultural themes and graphics of the southwest. Leona Caldwell Originals, her retail shop, was opened in the respected Kiva Craft Center on Fifth Avenue in Scottsdale. Leona Caldwell became a central figure in the Scottsdale modern craft movement - which included Lloyd Kiva, Charles Loloma, Paolo Soleri, and many others. She created ceramic jewelry and garments silkscreened with original designs inspired by Hohokam artifacts, animals, and plants of the Southwestern desert. 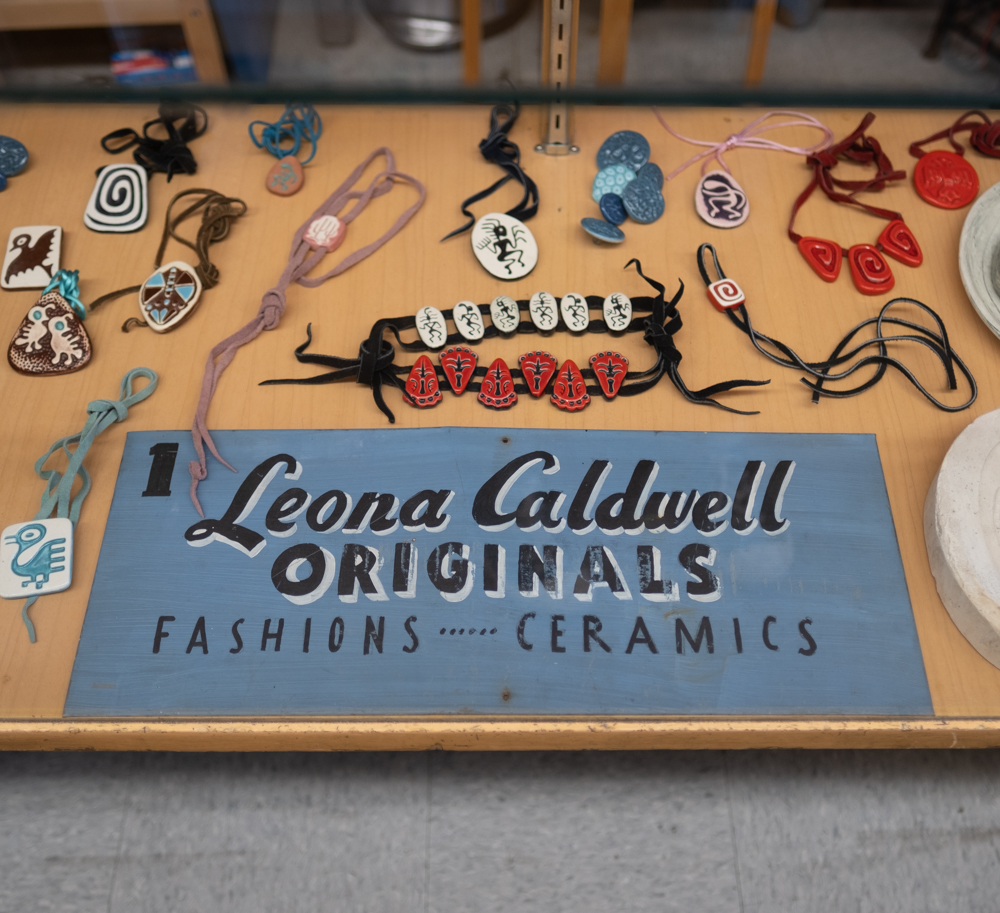 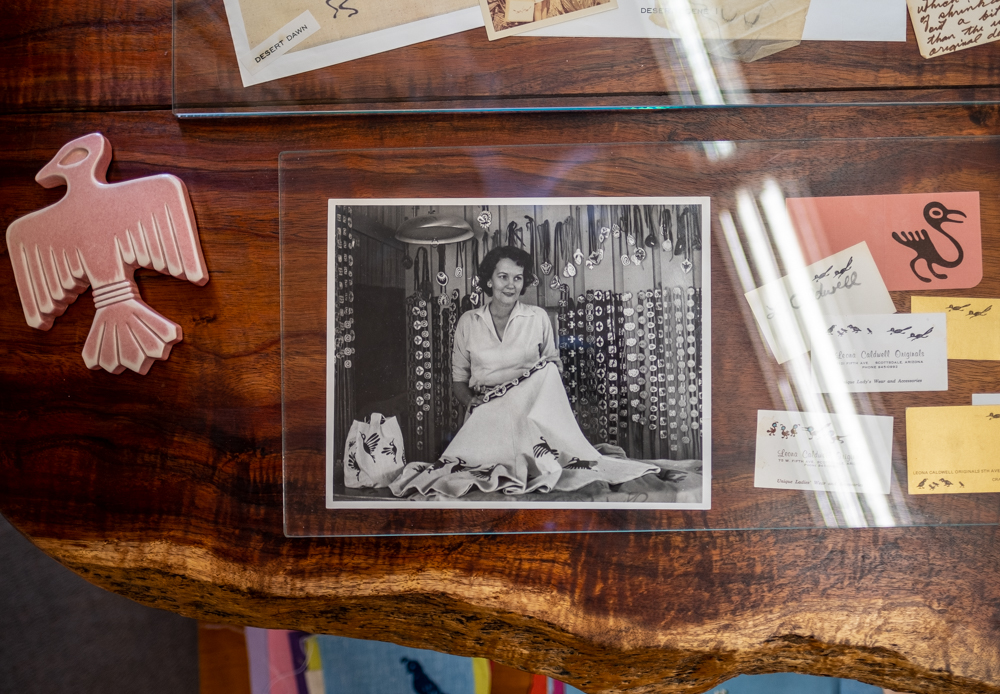 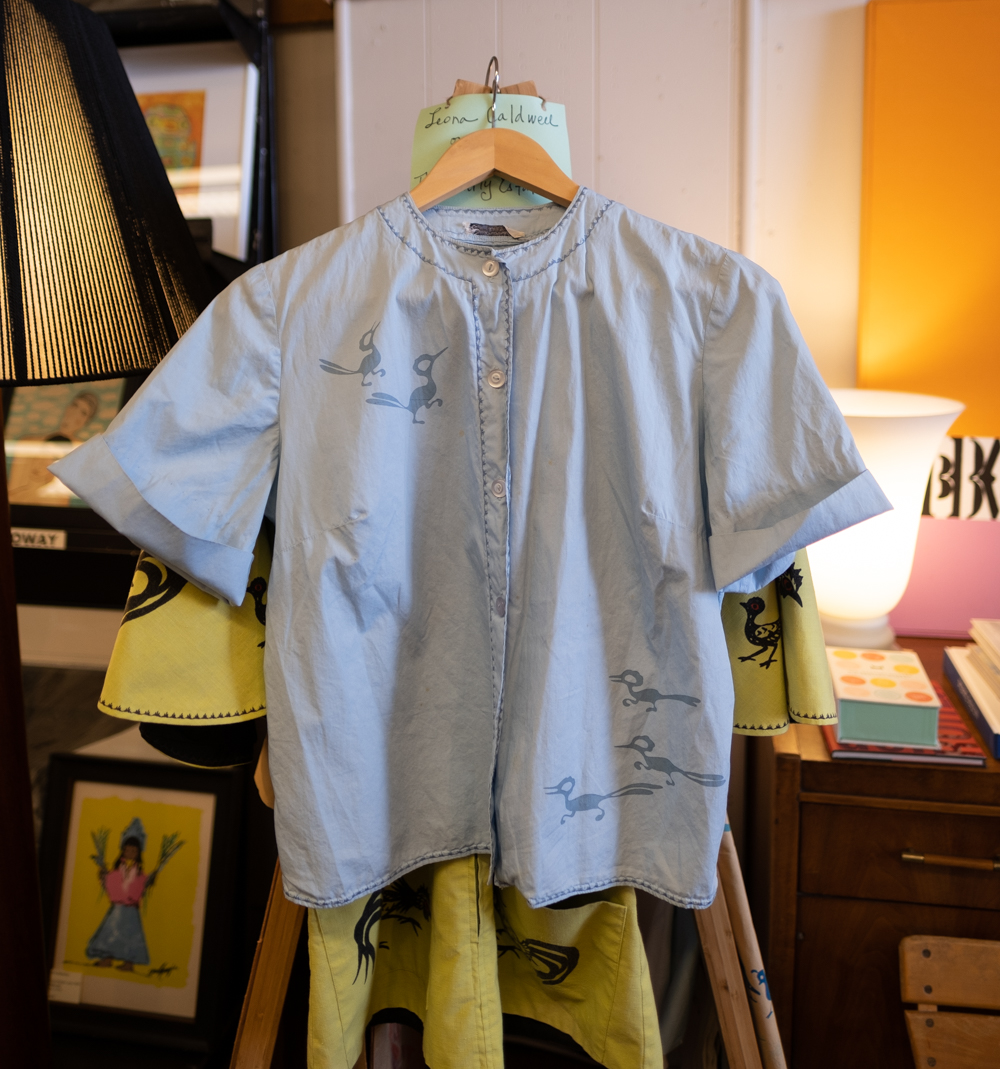 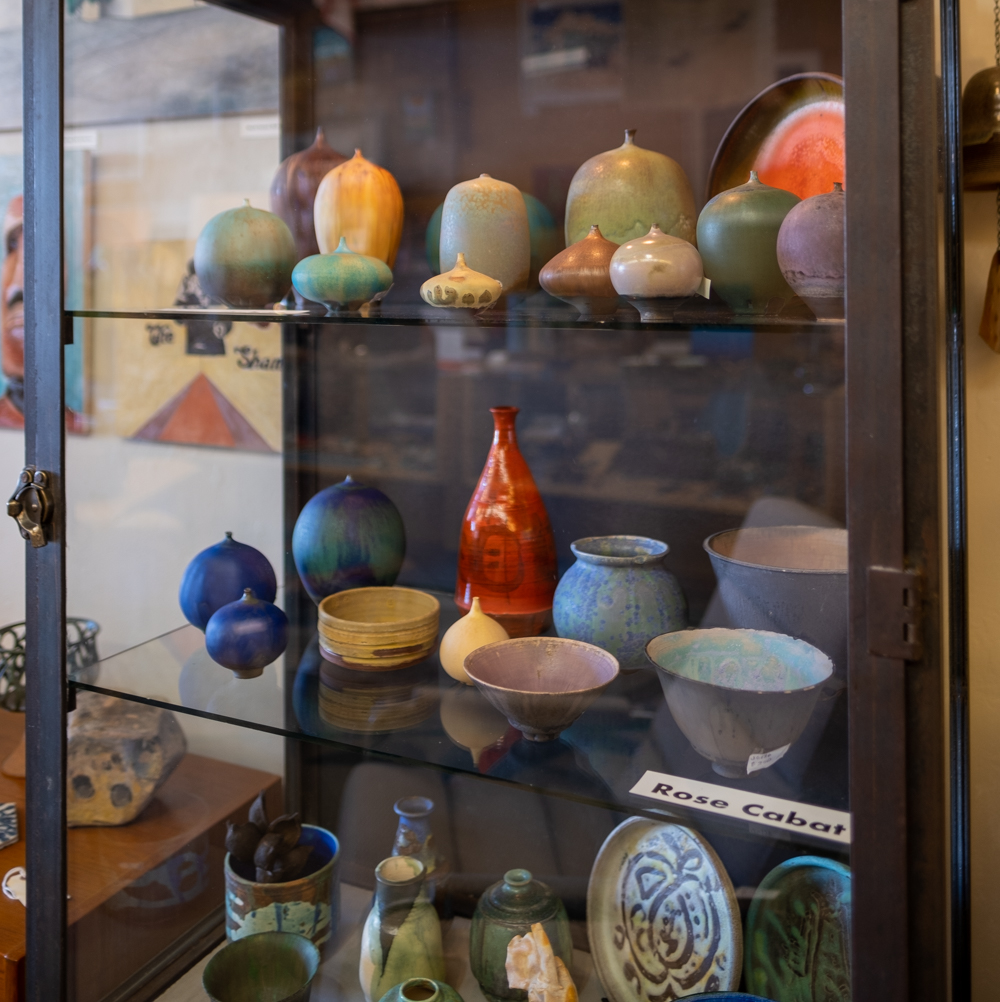 Sunshine works with the Rose and Erni Cabat estate and always has an extensive selection of their work on display and for sale. 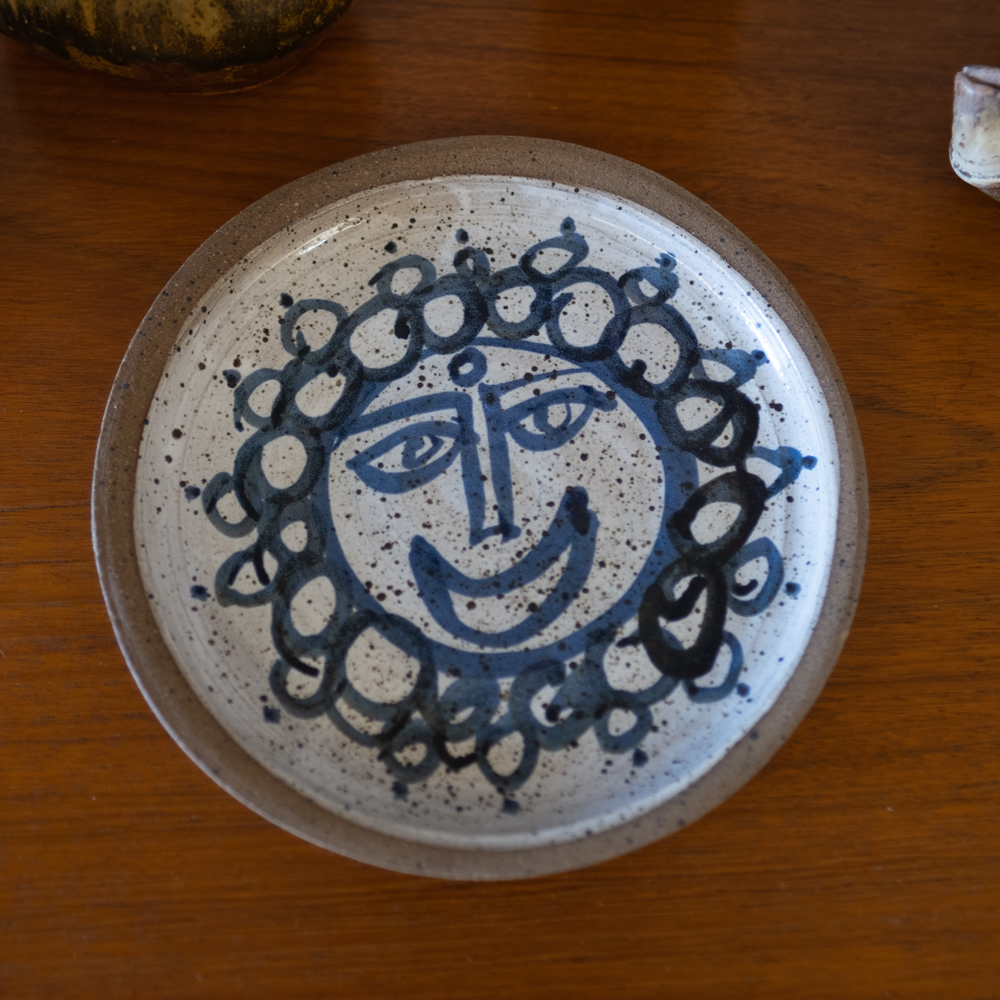 The next stop was Solot Plaza on the Sunshine Mile. The plaza was slated to be demolished as part of the Broadway widening project.

The city of Tucson, the Rio Nuevo Multipurpose Facilities District and the Regional Transportation Authority have signed an agreement that will preserve the structures and offer incentives to private developers to create a walkable outdoor plaza.  The plan is to remove the front parking lot and transform the plaza into a pedestrian shopping destination. Read more here. 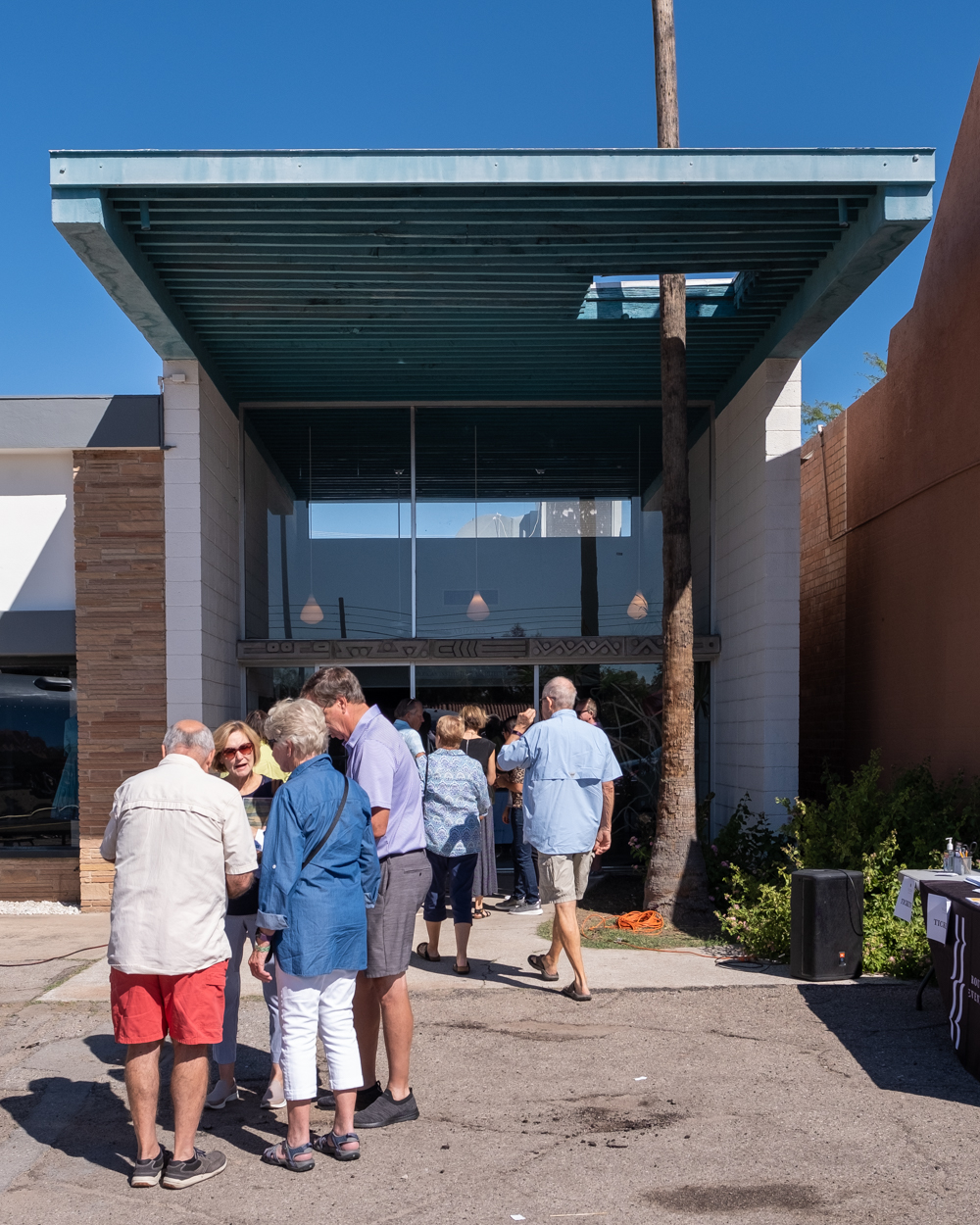 Tucson Modernism headquarters at Solot Plaza. The Worldwide Travel Building was designed in 1957 by Nicholas Sakellar. 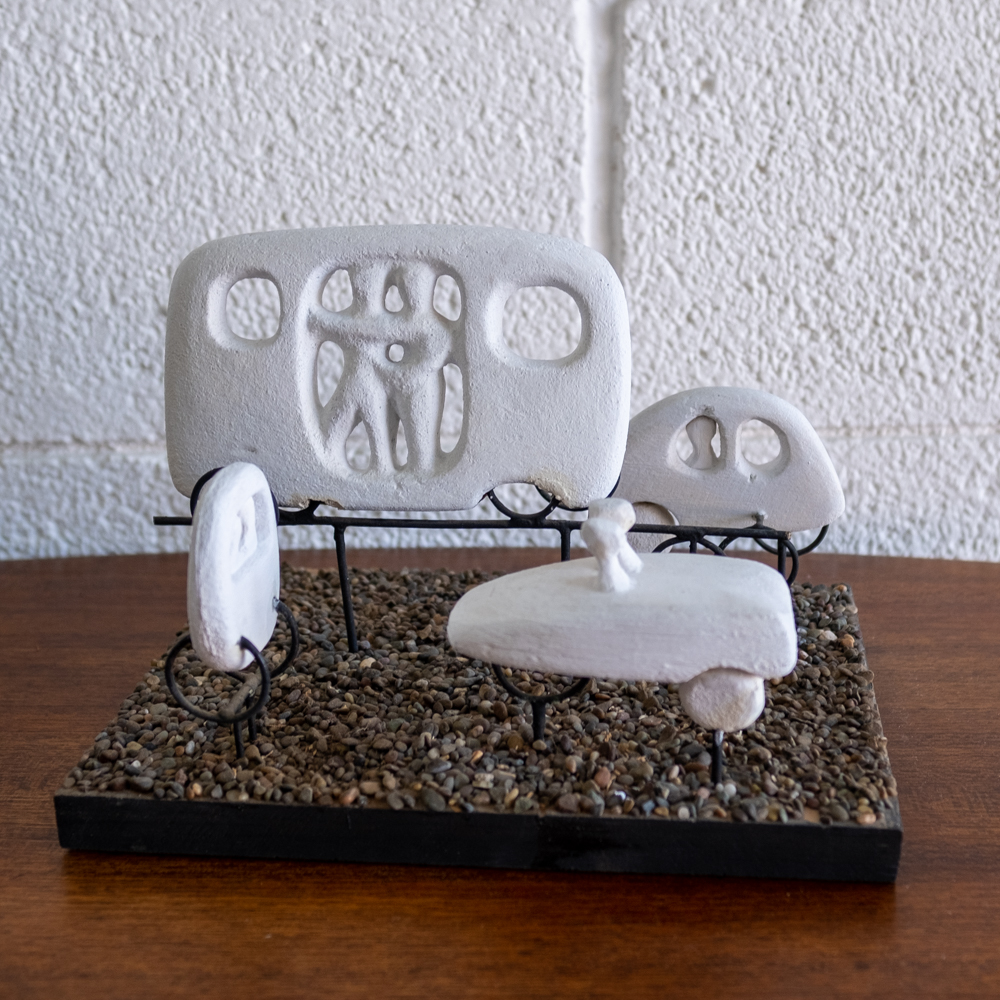 Maquette of a sculpture by Charles Clement. It was installed at a VW Dealership that was on Speedway. 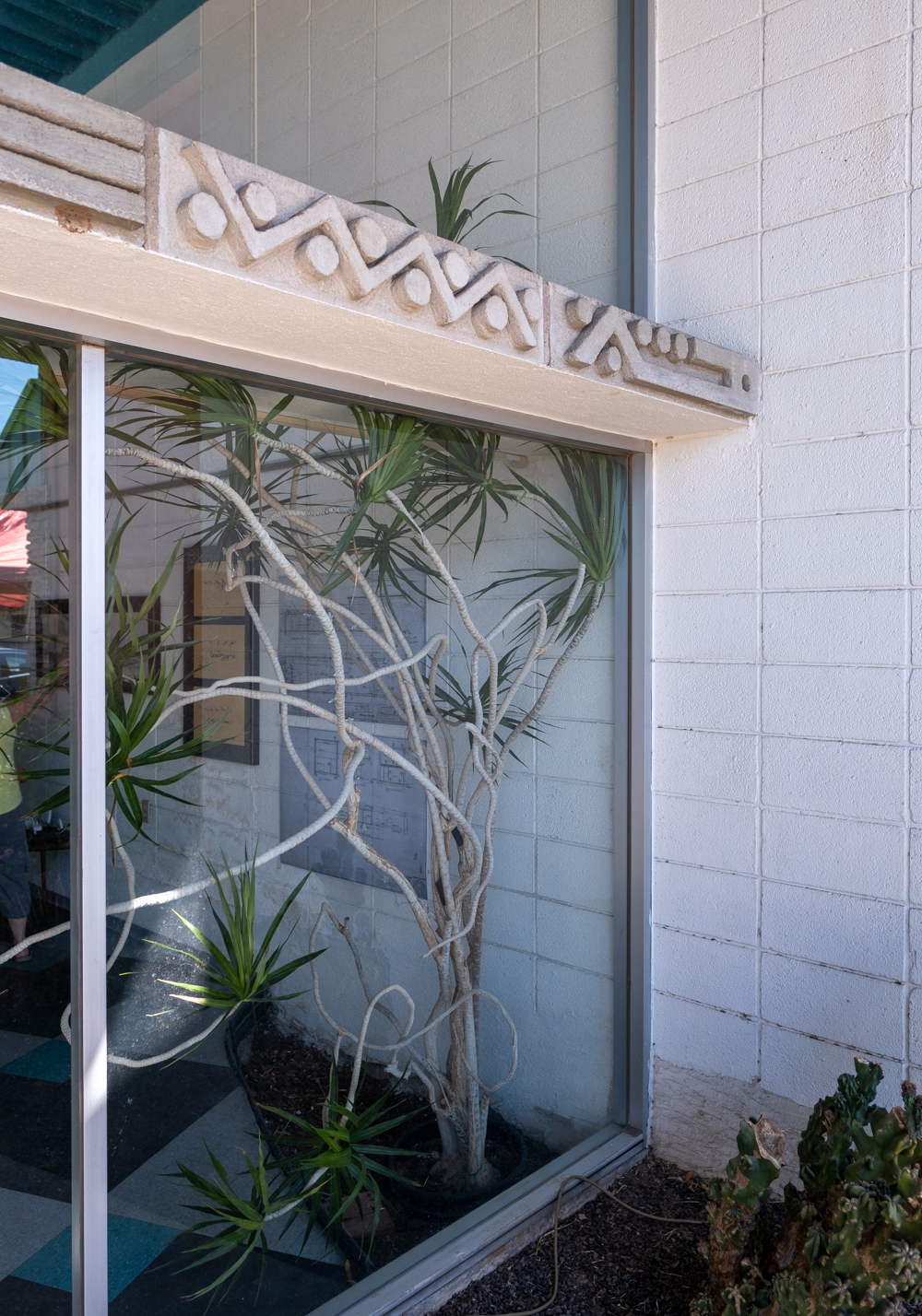 The cast concrete frieze was designed by James Savage. 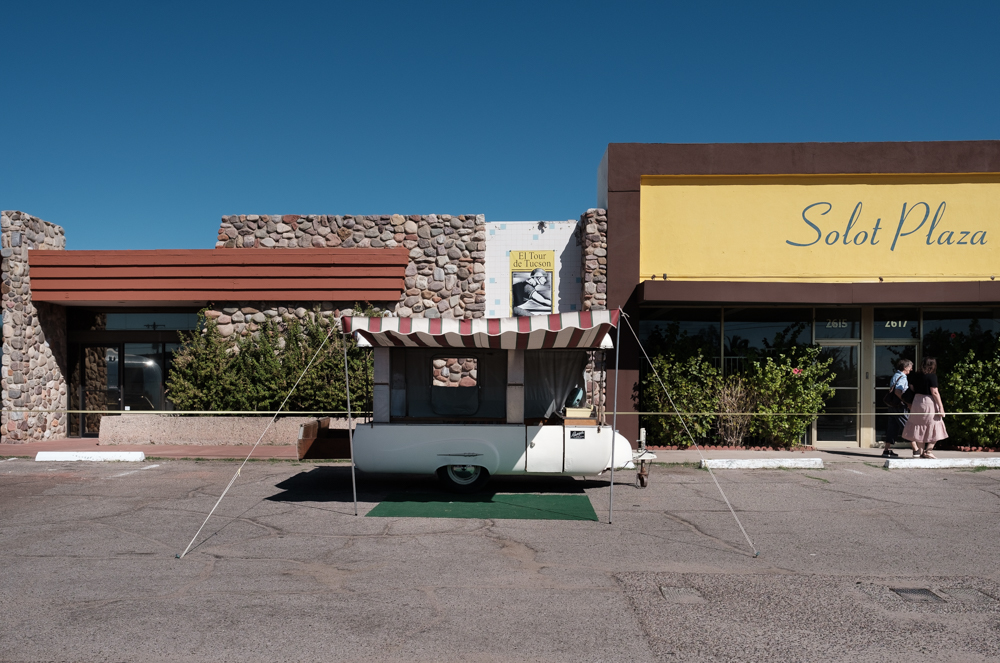 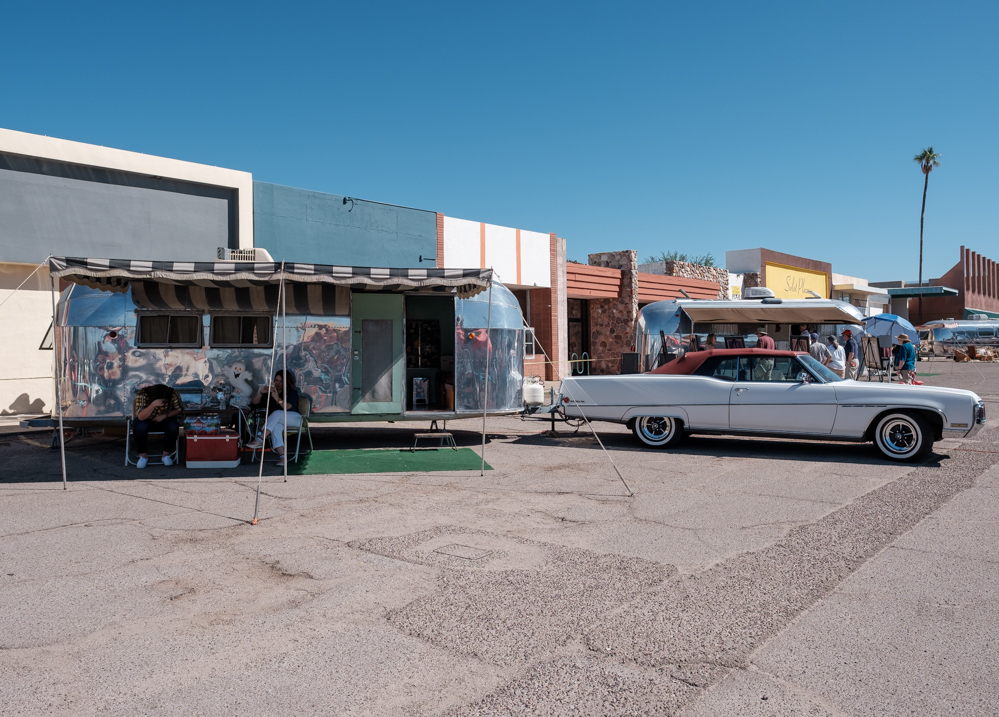 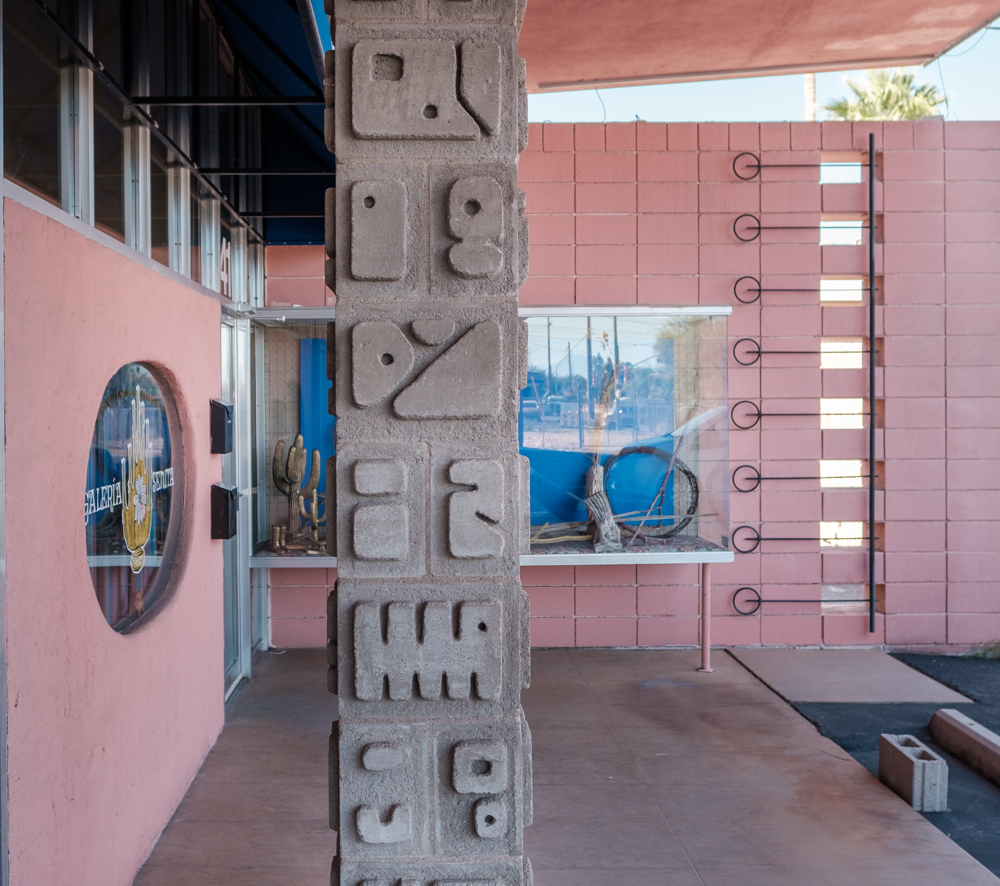 Not on this year's tour, but right around the corner from Solot is another Nicholas Sakellar building with cast concrete frieze by James Savage. It is home to Art de la Vida. 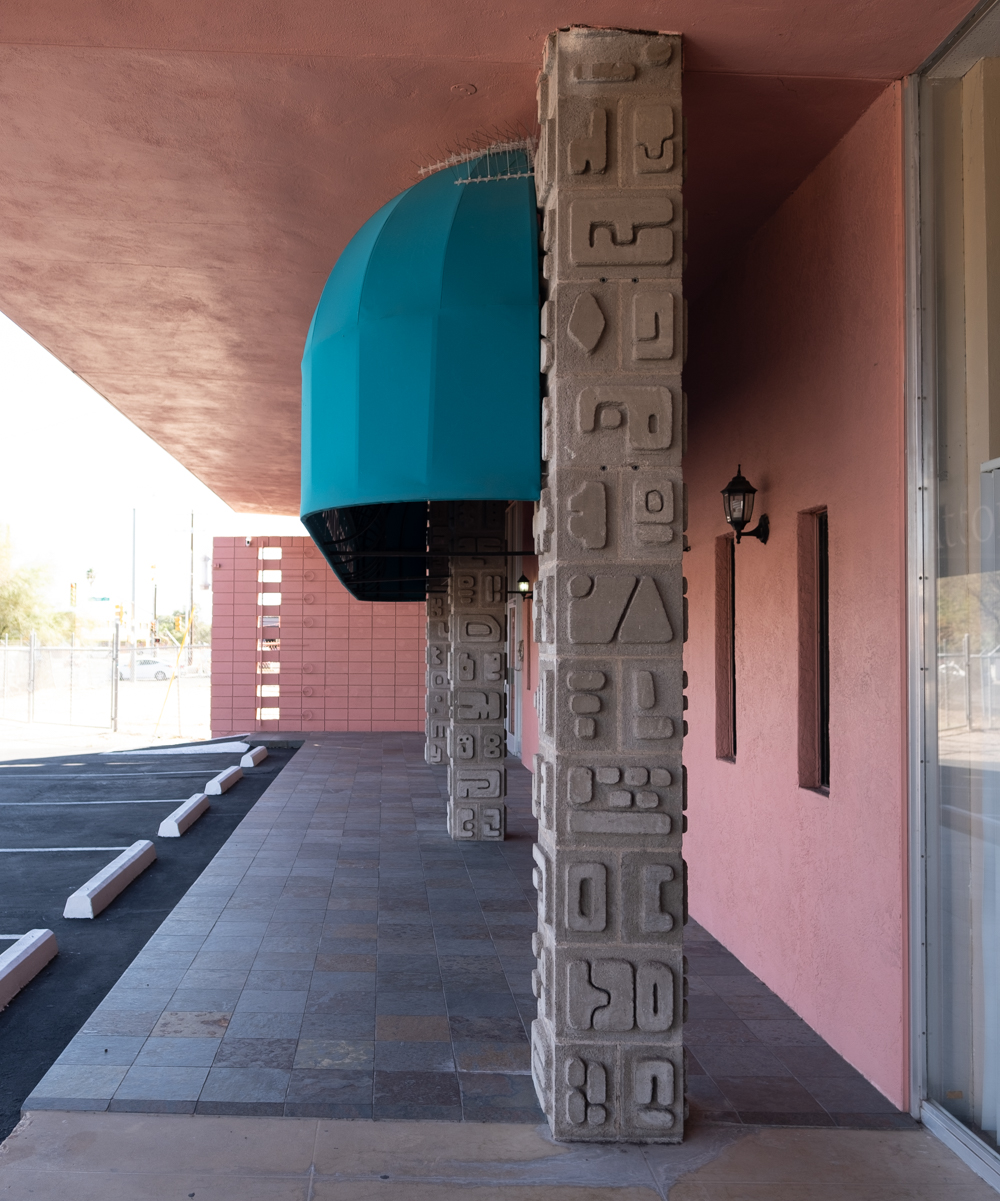 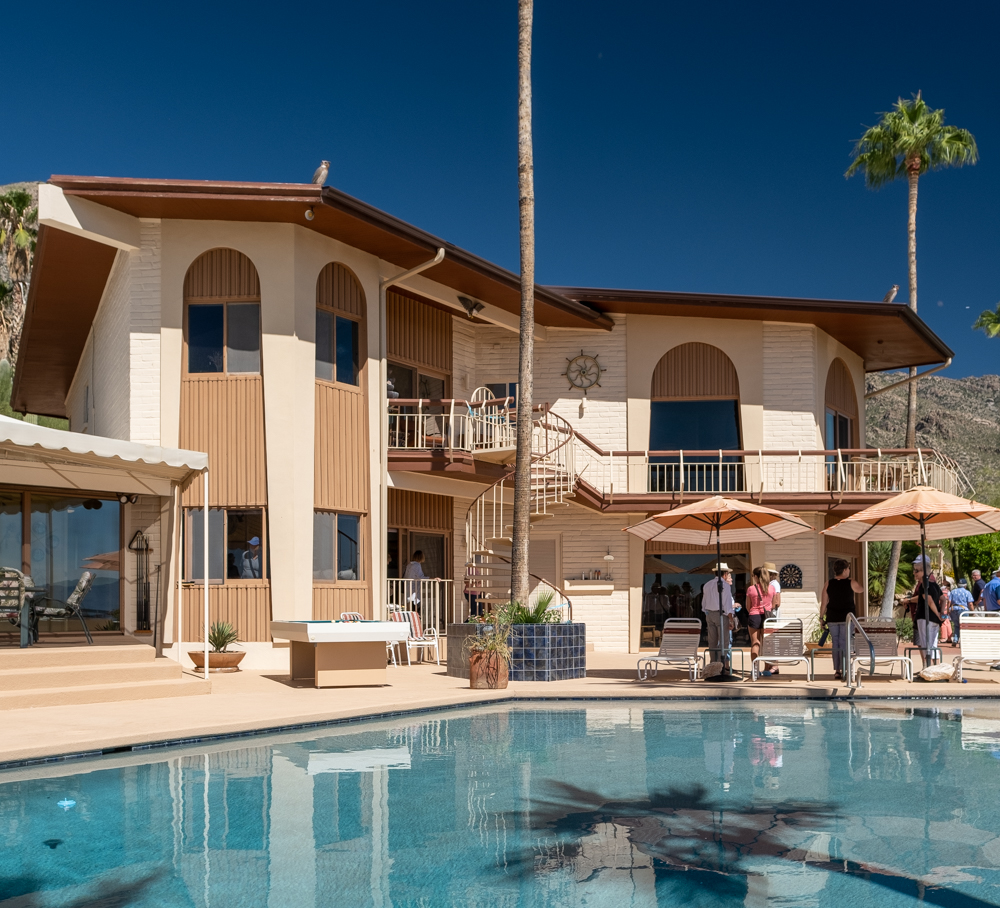 One of the houses on the Tucson Modernism architecture tour was the Zabek house, 1966. It is attributed to David Fraker and is located in the Skyline Country Club Estates. 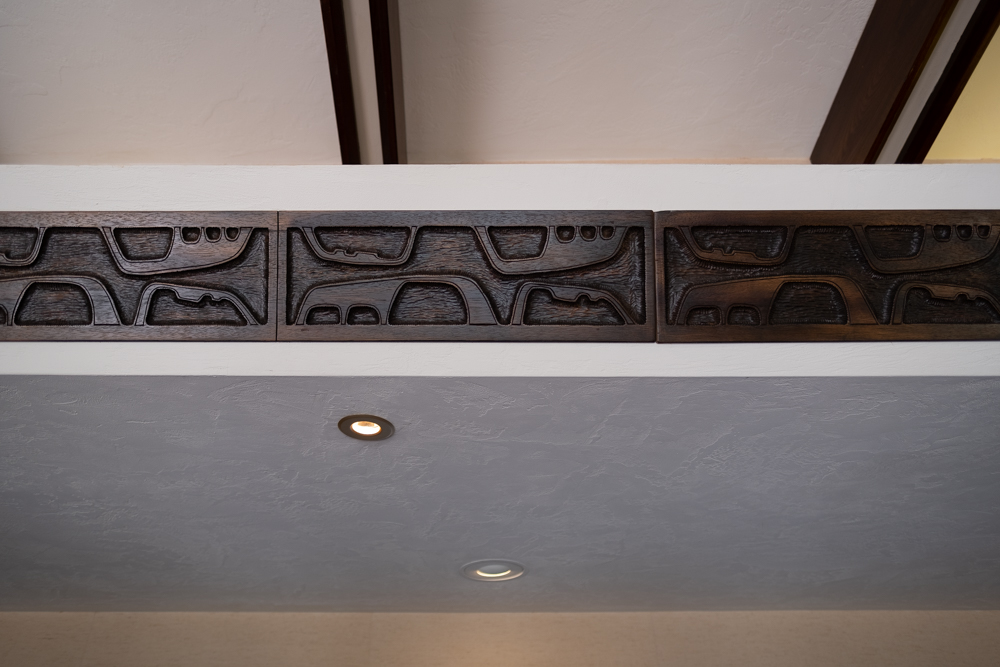 The wood reliefs in the house are "attributed to" Ben Goo. Although Dave Hampton suggested they might actually be Kathy Haun. 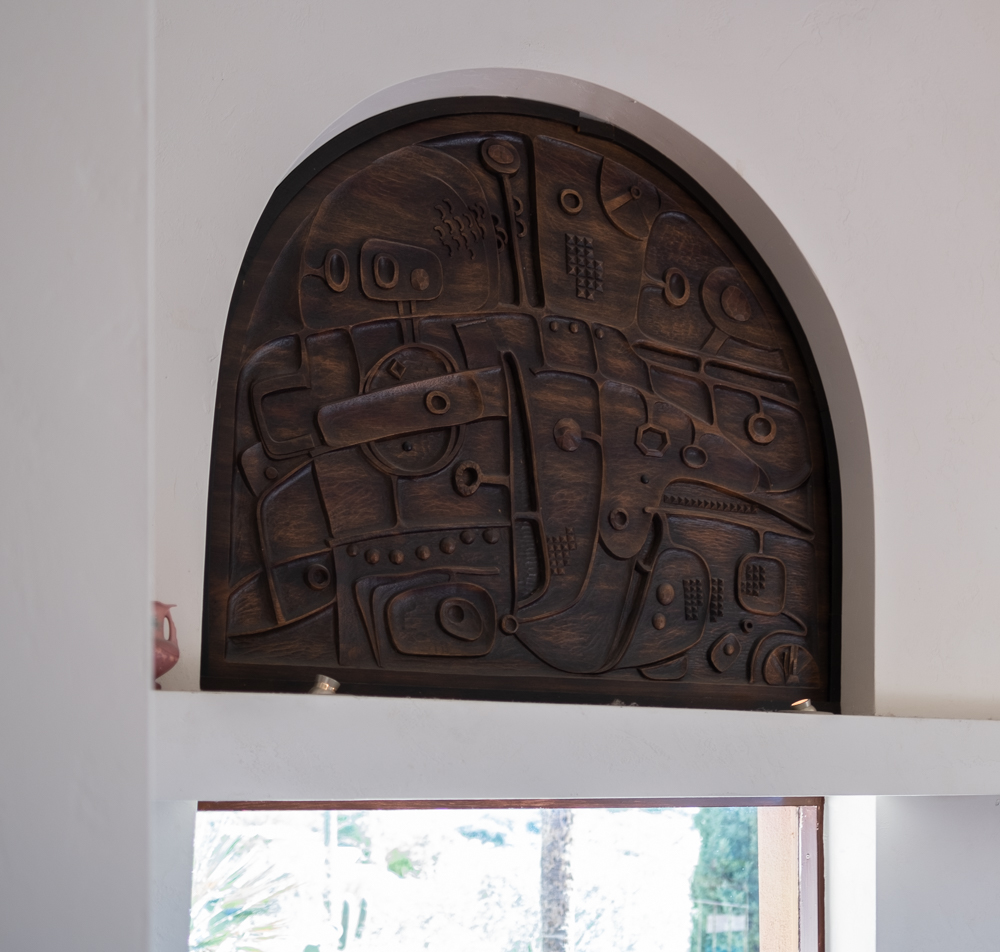 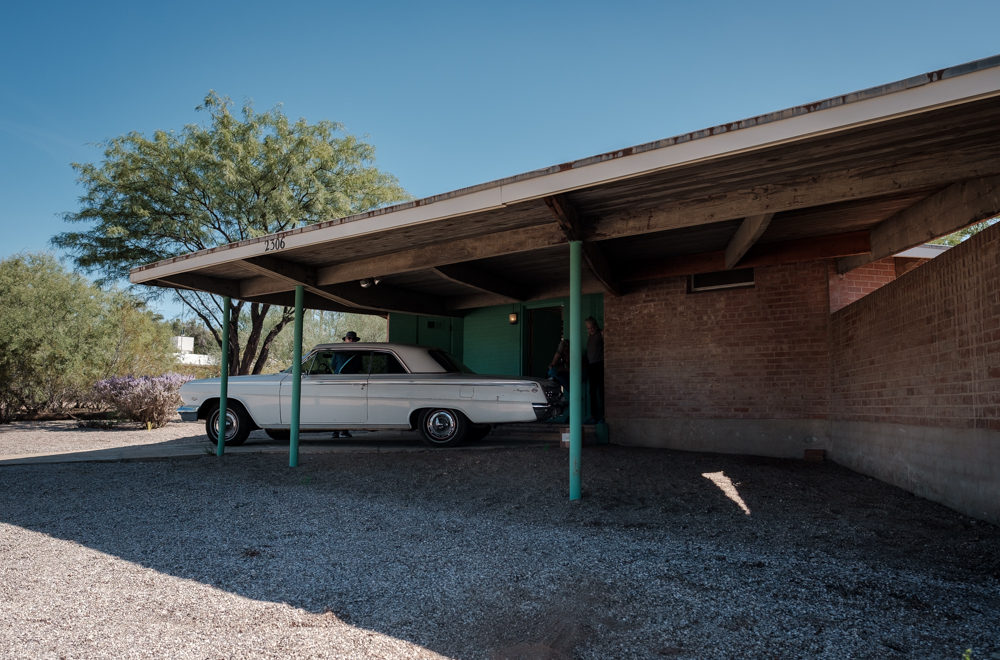 The Ball-Paylore house 1952 by Arthur T Brown was also on the tour. It was my favorite, so I'll do a full post on it. 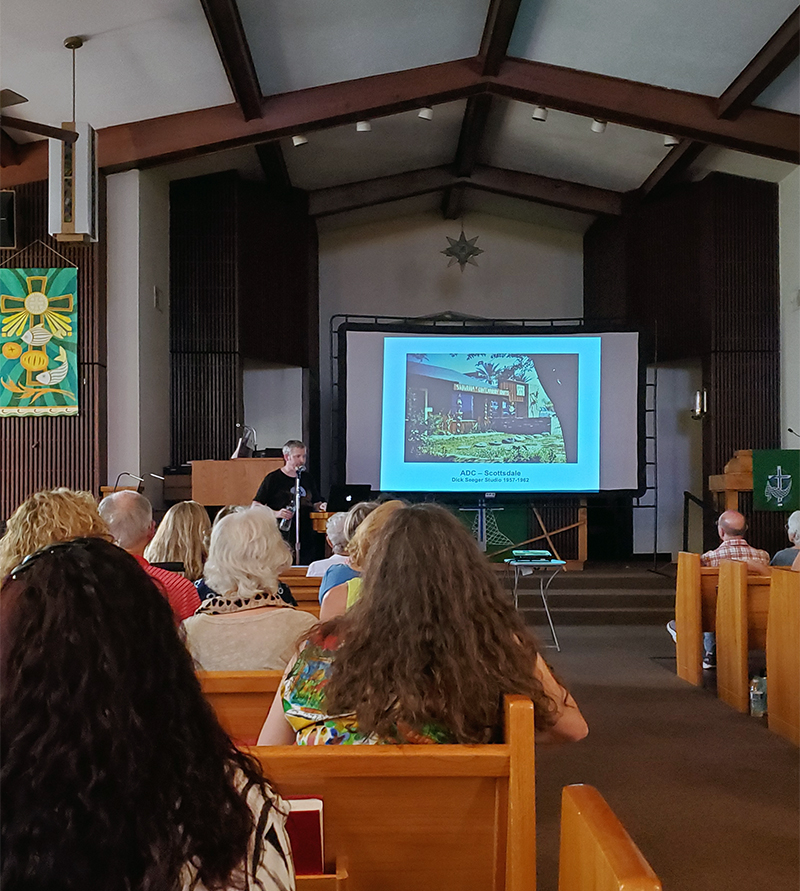 Speaking of Hampton, here he is giving a talk on Modernist Craft Organizations of the Midcentury Southwest. It was part of great lecture series which also included a presentation by Berta Wright's daughter.
Architecture Arizona Charles Clement Dave Hampton Rose Cabat