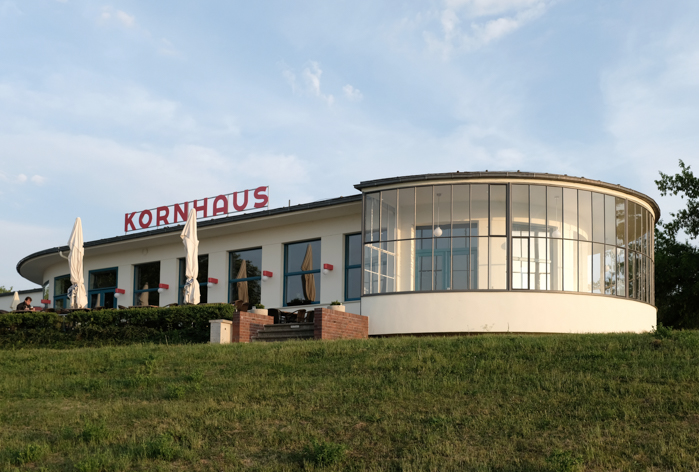 Located on the Elbe River, the city of Dessau, with the brewery Schultheiss-Patzenhofer, commissioned the construction of the Kornhaus restaurant. Fieger was a draftsman for Walter Gropius. 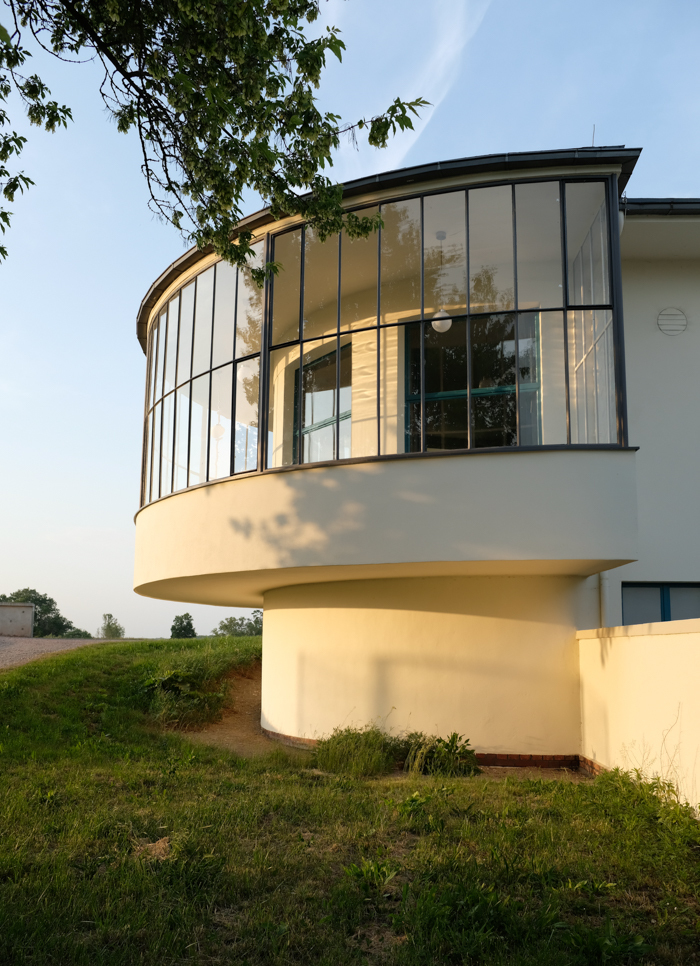 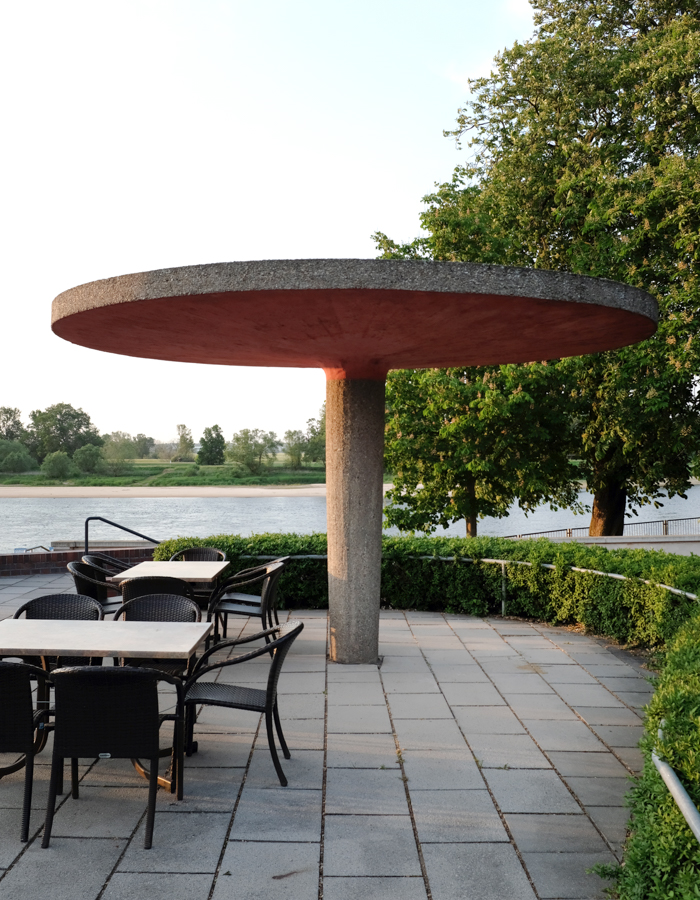 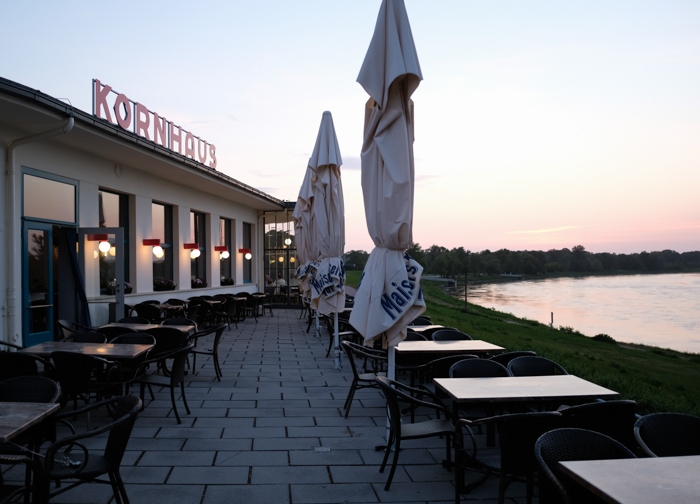 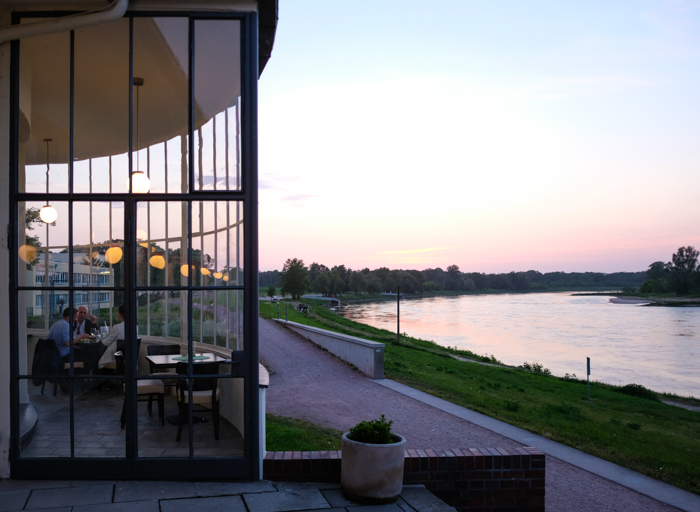 Kornhaus is still a restaurant. I had asparagus and potatoes. Asparagus season is a big deal in Germany. It's large and white--I'm talking about the asparagus. 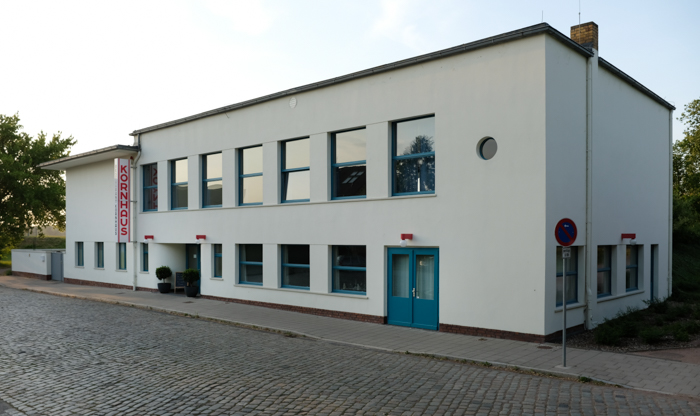 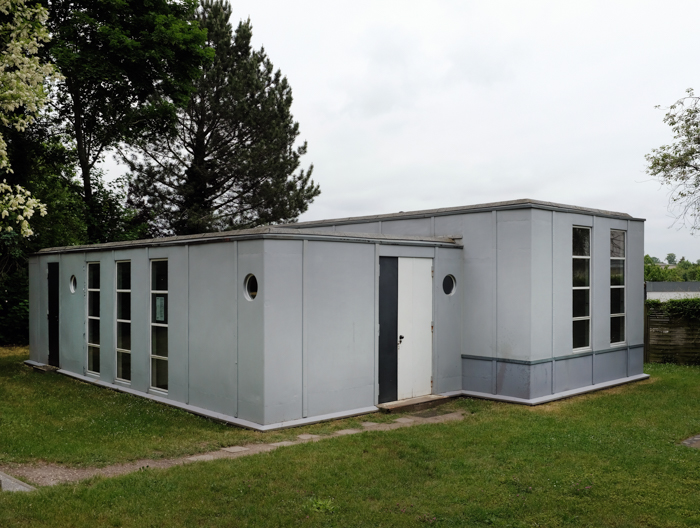 Steel House (1927) by Georg Muche and Richard Paulick. It too was commissioned by the city of Dessau. The return on that investment in architecture must have been pretty insane. I imagine thousands of people head to Dessau every year to see these buildings. 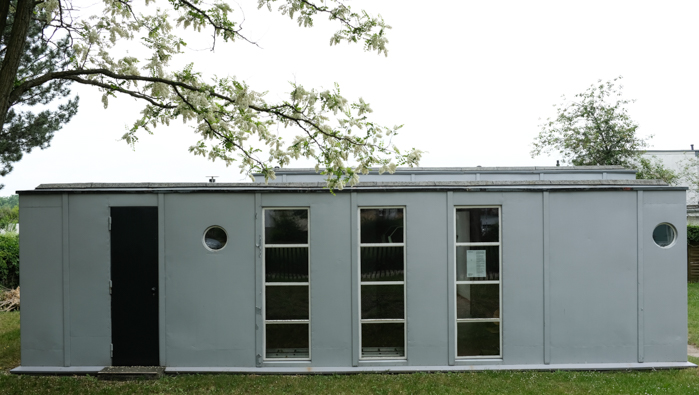 The house was planned as a prototype, but it wasn't a success. 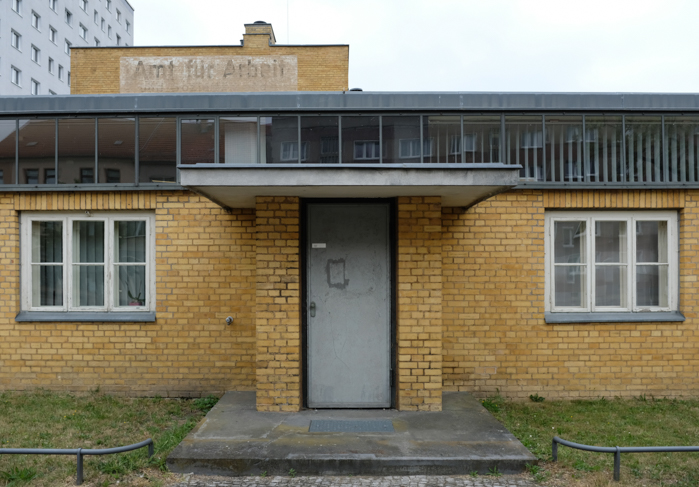 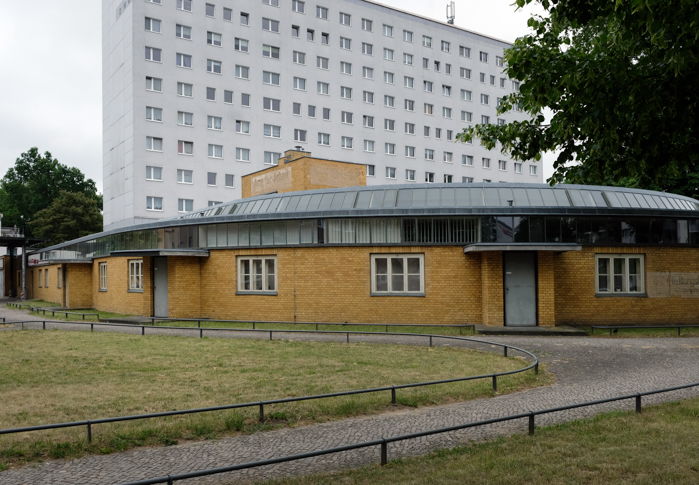 Gropius designed a round building with a glass saw-tooth roof. 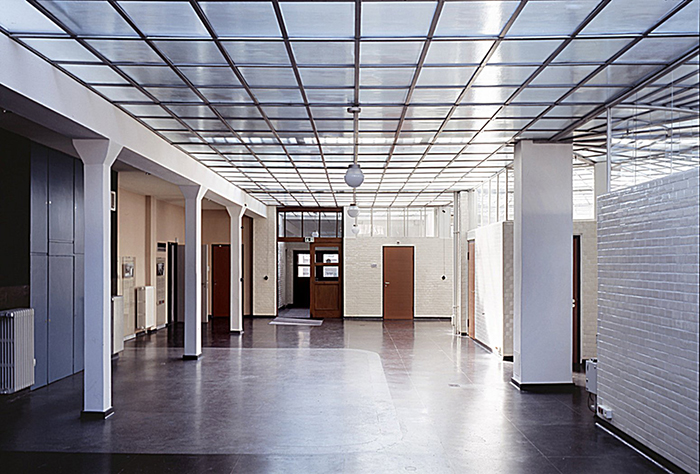 I really wish I was able to go inside. 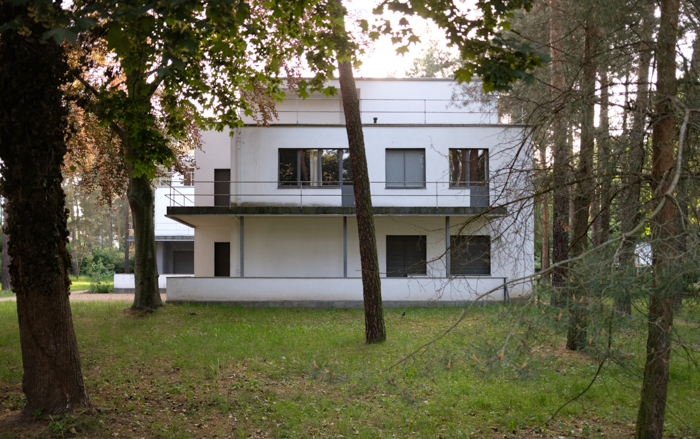 The city of Dessau also commissioned Walter Gropius to build three pairs of identical semi-detached houses for the Bauhaus masters and a detached house for the director. 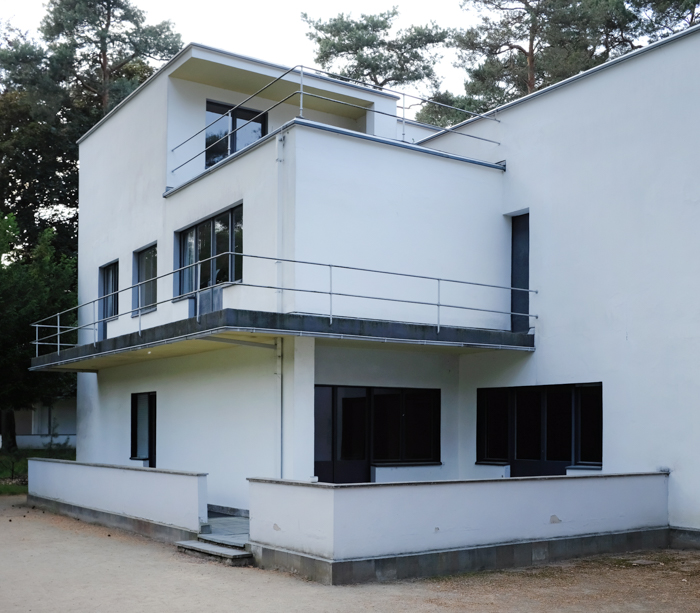 Walter Gropius and László Moholy-Nagy only used furniture by Marcel Breuer in their house. Unfortunately, the house was destroyed in an air raid during WWII. 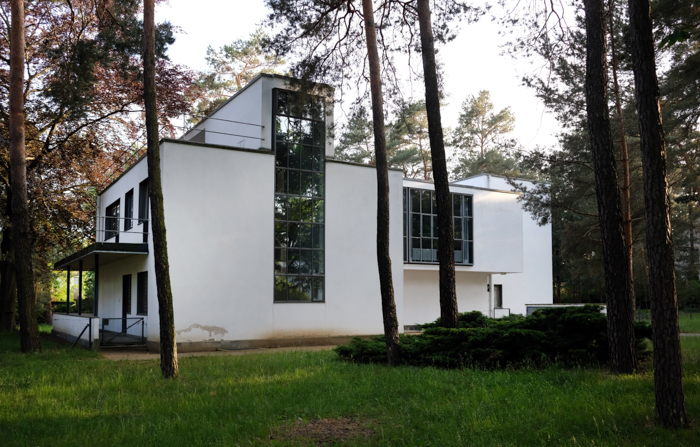 The Kandinsky / Klee master house, which is currently going through restoration. 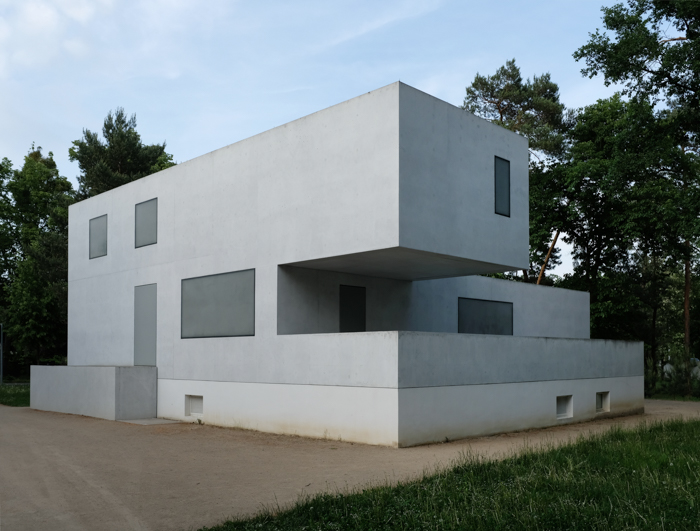 New Masters’ House (2014) by Bruno Fioretti Marquez
The structures were built where the original Gropius / Moholy-Nagy house stood. It's used as an exhibition space. 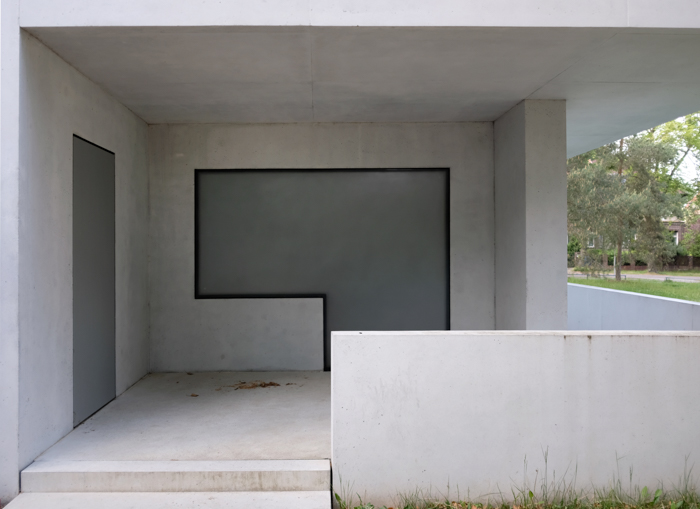 More about the Bauhaus buildings in Dessau can be found here. 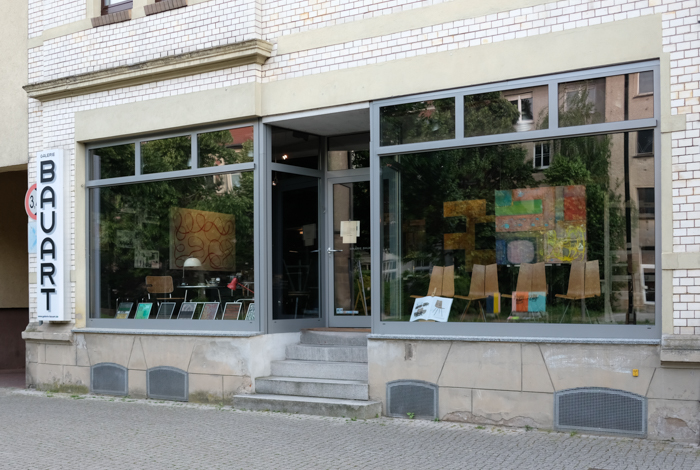 On the walk over to the Masters' houses, I ran across Bauart.
They sell Bauhaus designs and art...duh. 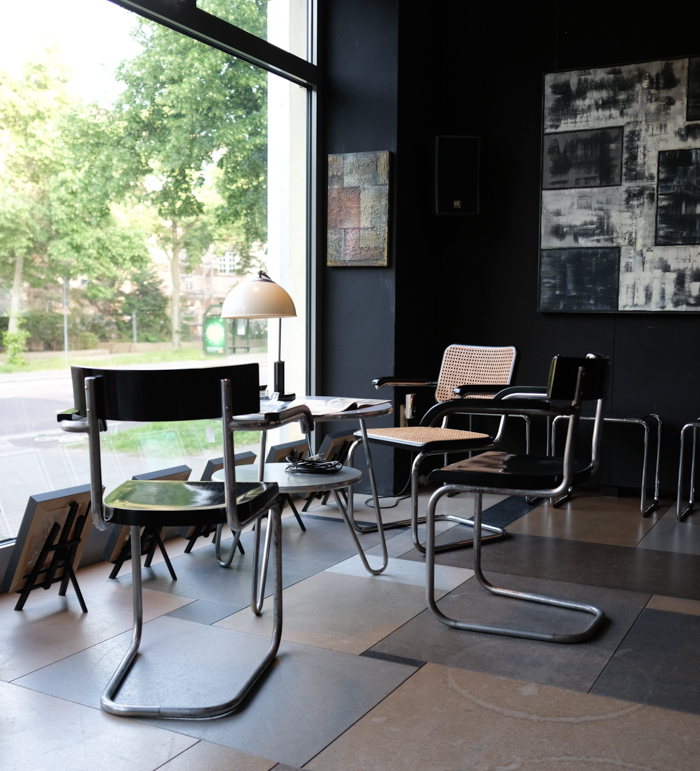 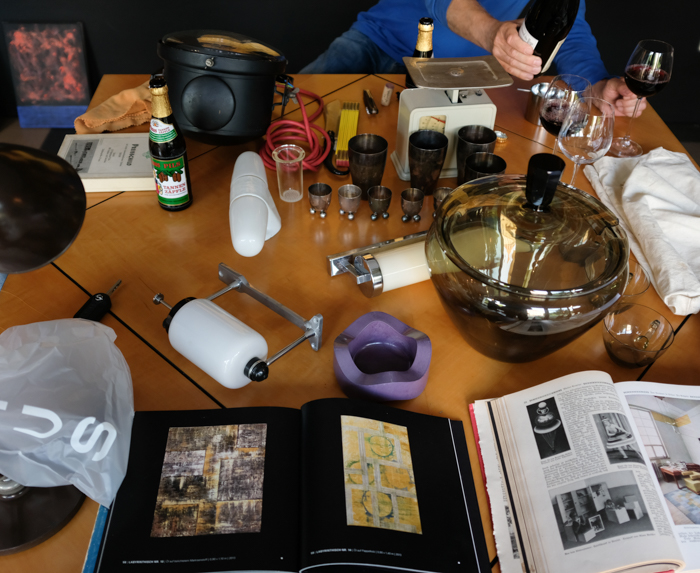 They have some great pieces, including Wilhelm Wagenfeld light fixtures.
Plus, they like to party. 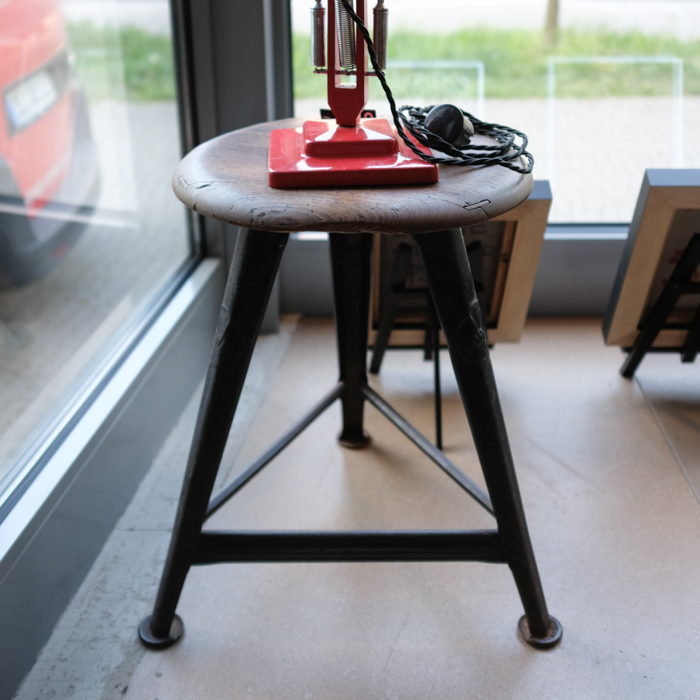 ROWAC stool designed by Robert Wagner Chemnitz (not a Bauhaus guy), but there were used in the classrooms and workshops at the Bauhaus. 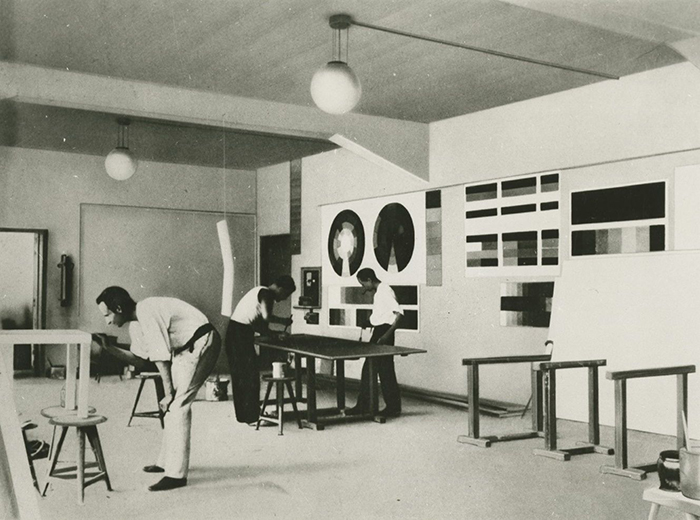 Check. Here are some ROWAC stools in the mural workshop at Bauhaus, Dessau (1926).