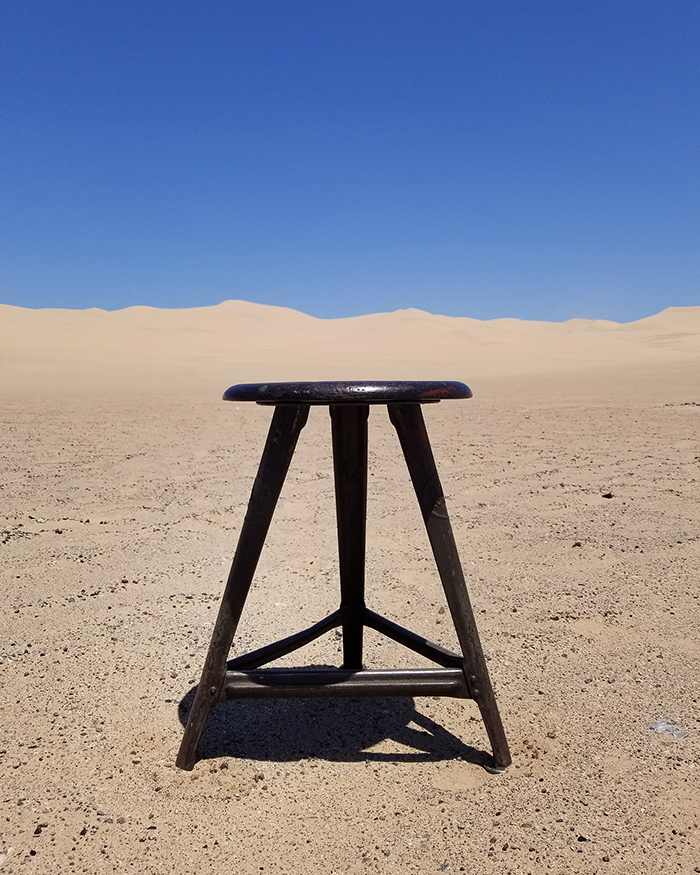 ROWAC stool designed by Robert Wagner Chemnitz. They were used in the classrooms and workshops at the Bauhaus. Oh yeah, and I finally stopped off at the dunes to take a photo. I guess the off roaders don't go out when it's 107 degrees...wimps! 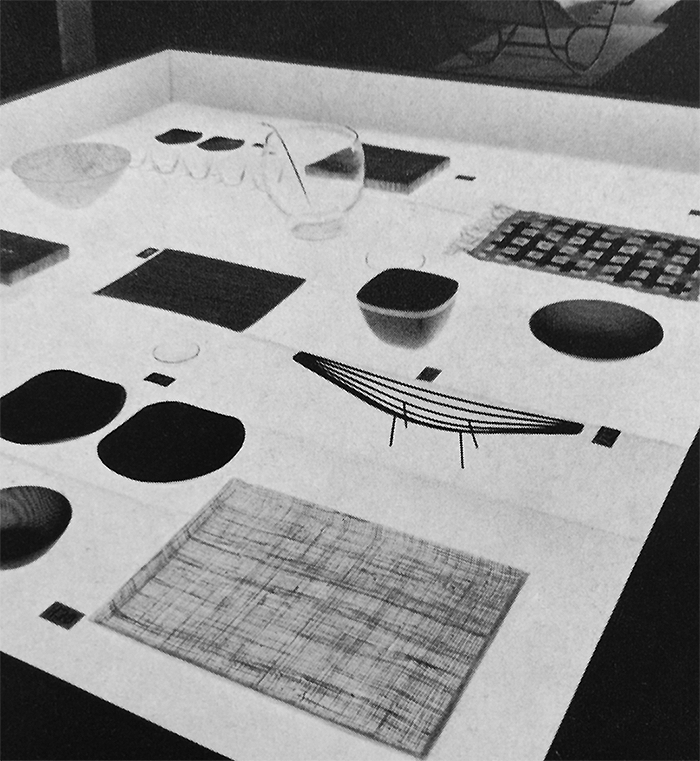 I've bought so many wire baskets over the years hoping it was the one shown in this photo of Good Design 1953 at the Merchandise Mart, Chicago. 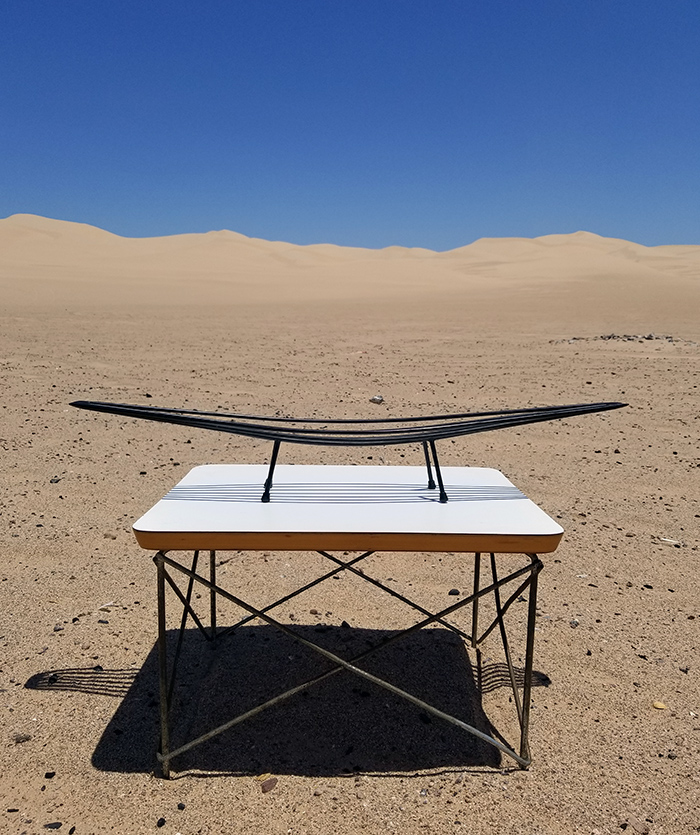 I finally found the right one. 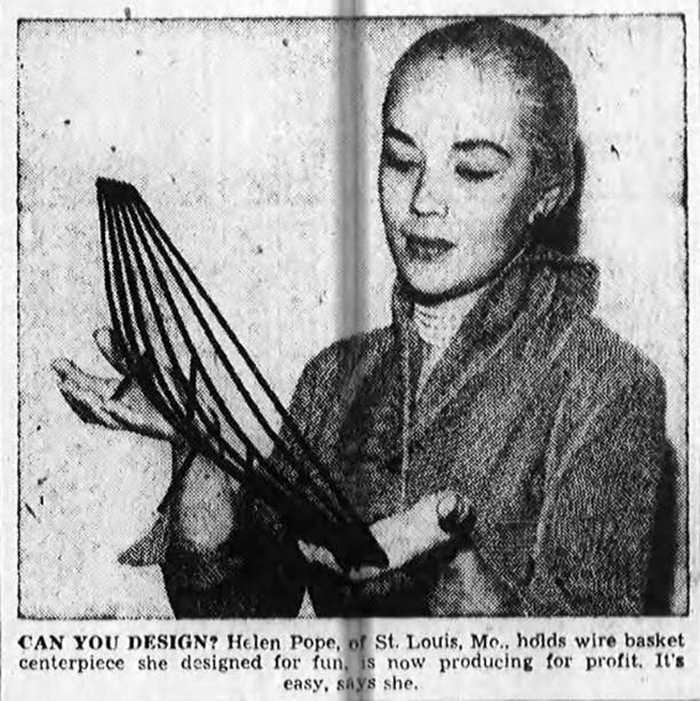 Here is the designer, Helen Pope, holding it. 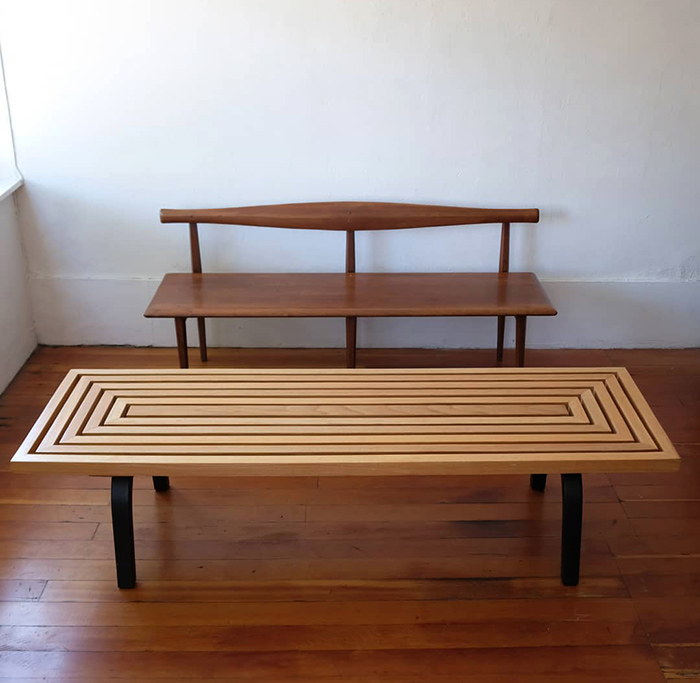 I also picked up another Edward Durell Stone table/bench.
Plus, a Kipp Stewart & Stewart MacDougall bench for Wichendon. 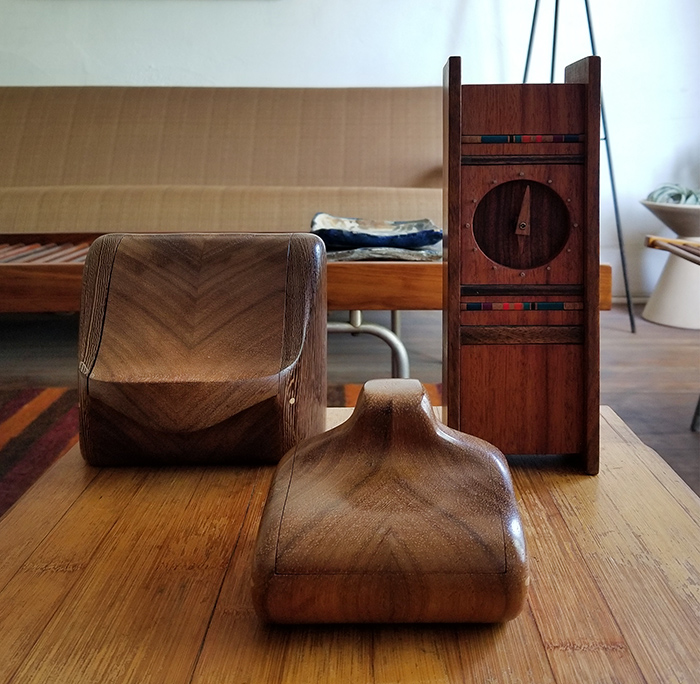 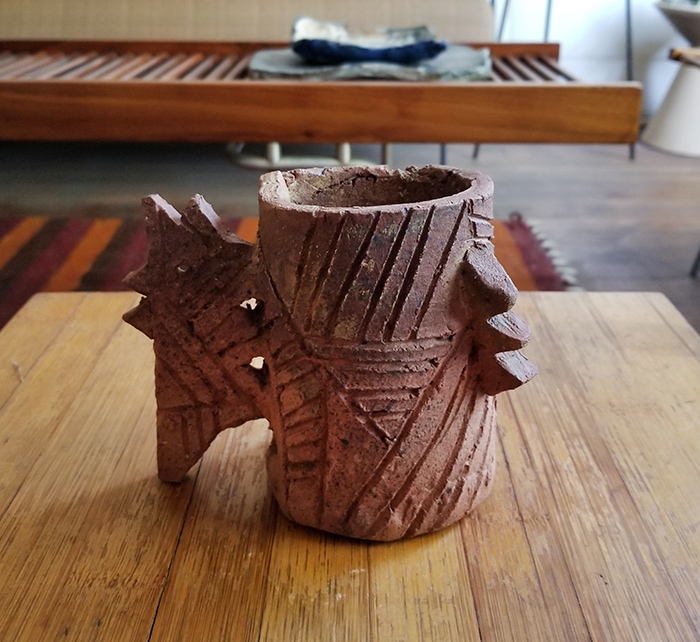 Maurice Grossman cup for the collection 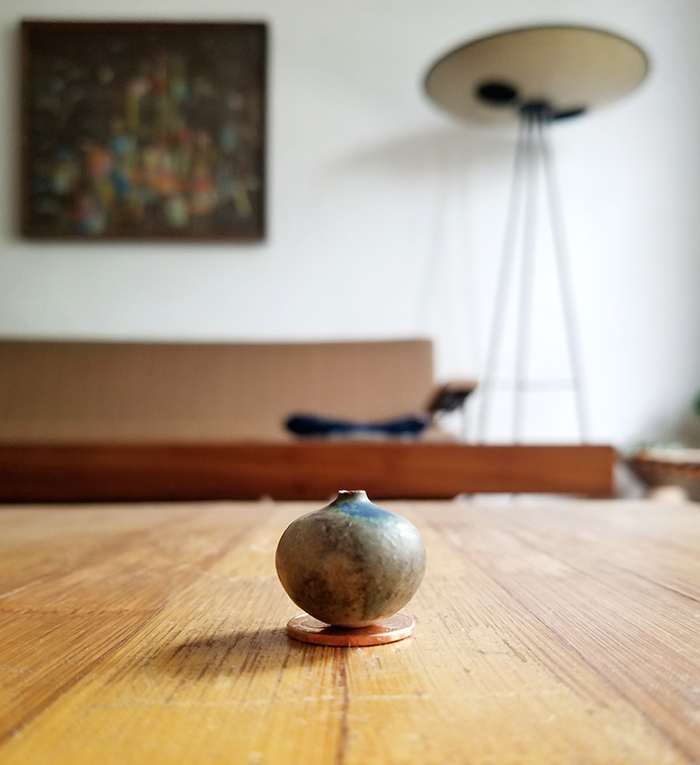