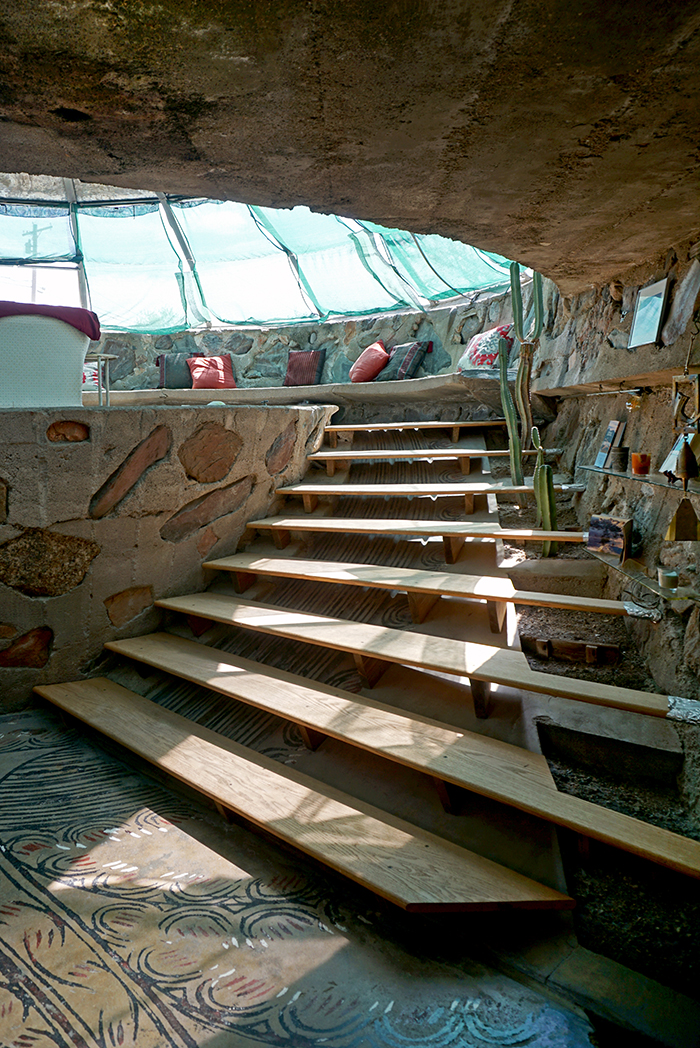 The Paolo Soleri and Mark Mills, Dome House (1949), in Cave Creek, Arizona is for sale.

The house is listed at only $300,000! The photos on Realtor.com were actually just lifted off a post I did in 2012. At that point I was only able to see it from a distance. They could have at least used the ones from when I was there in 2017. They're better and include interior shots... 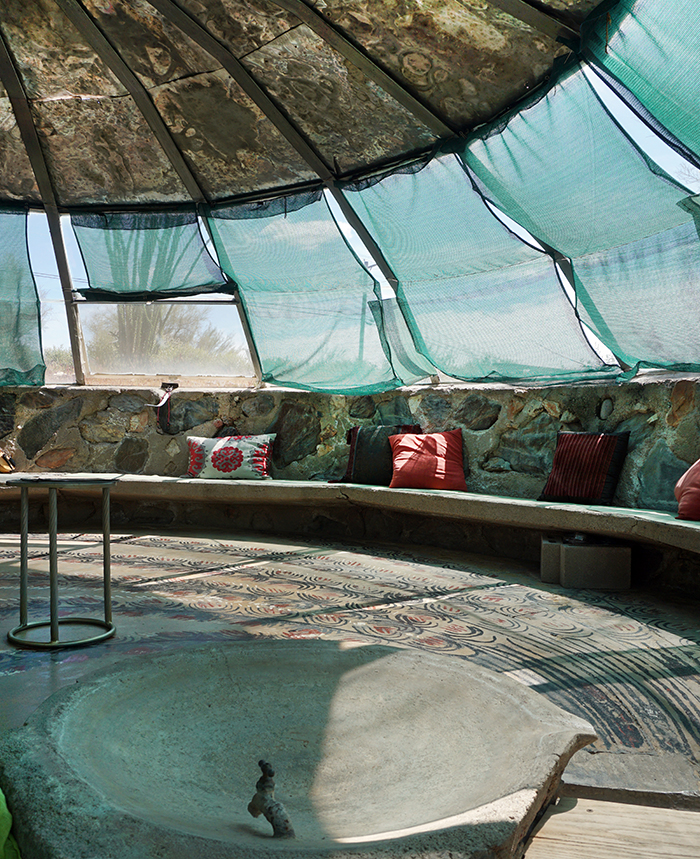 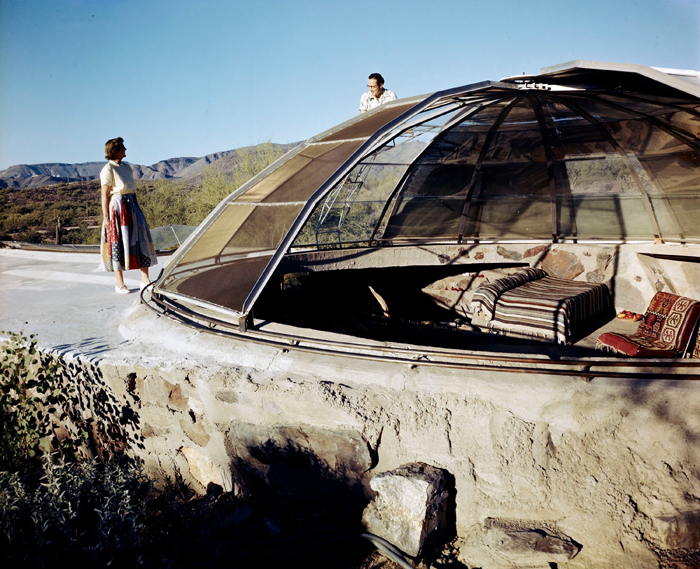 It's an amazing piece of architecture, but it was designed by two young architects at the beginning of their careers using experimental materials. One big issue is the dome was originally designed to slide open and there was a shield to protect the interior from the blaring sun. That functionality is long gone, which makes for a torturous summer under the dome. 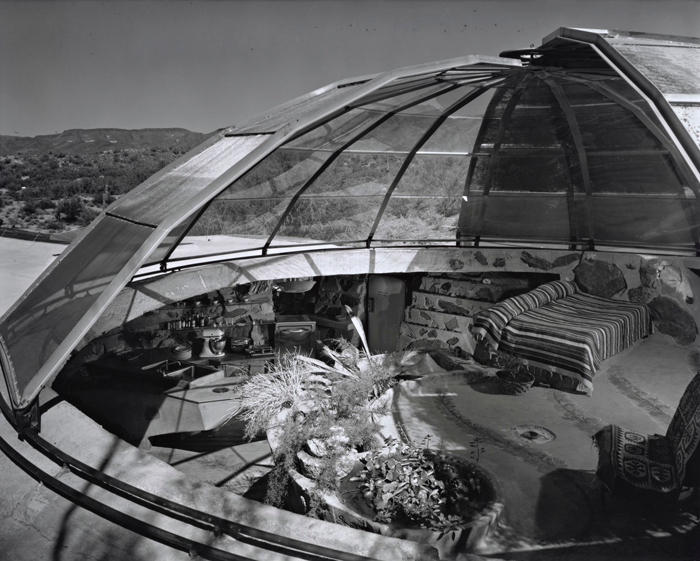 The bedroom and main entrance is located opposite of the dome. The thick concrete and stone walls make for a cooler cave-like atmosphere. 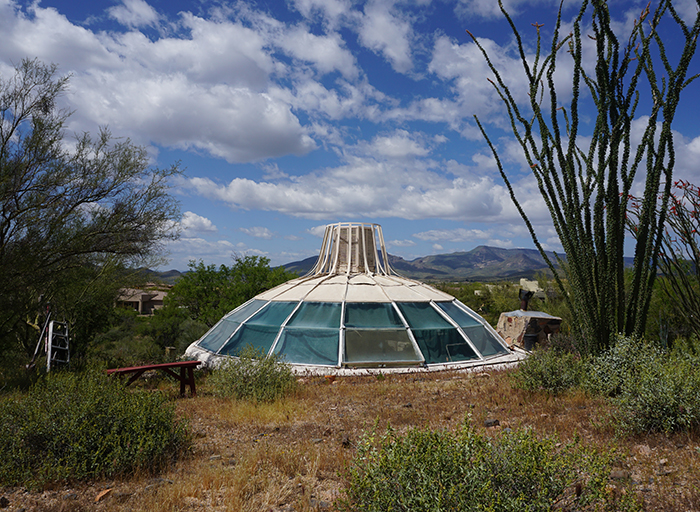 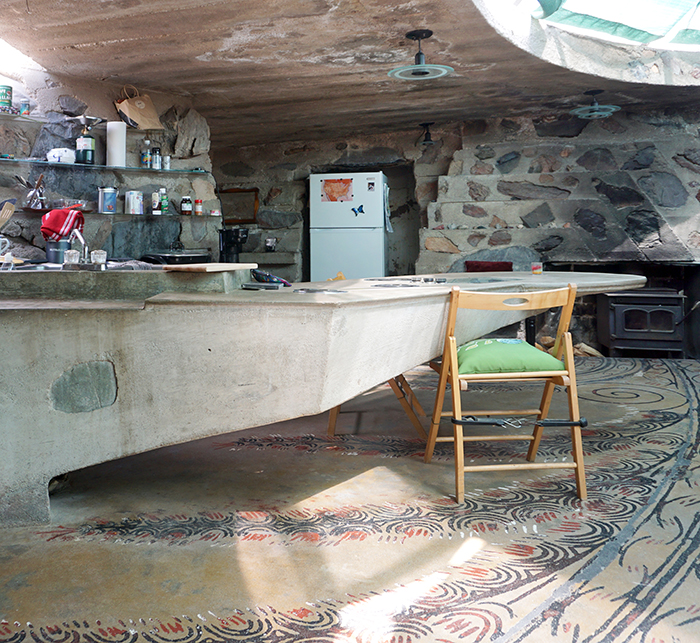 Soleri and Mills were former apprentices under Frank Lloyd Wright at Taliesin West, and it shows. The house was commissioned by Lenora Woods, who would soon become Paolo's mother-in-law. 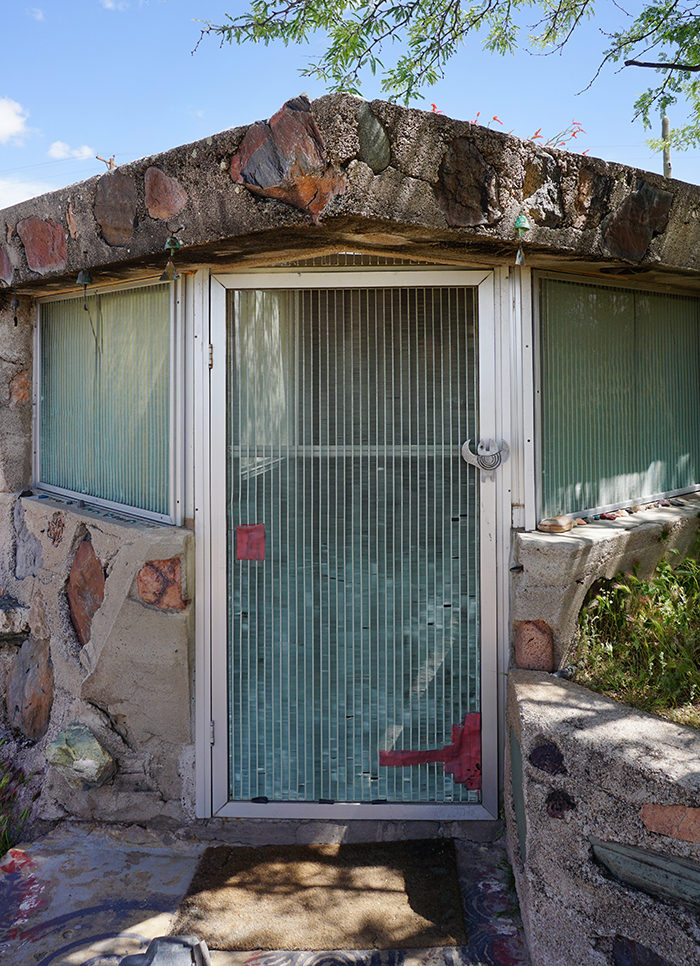 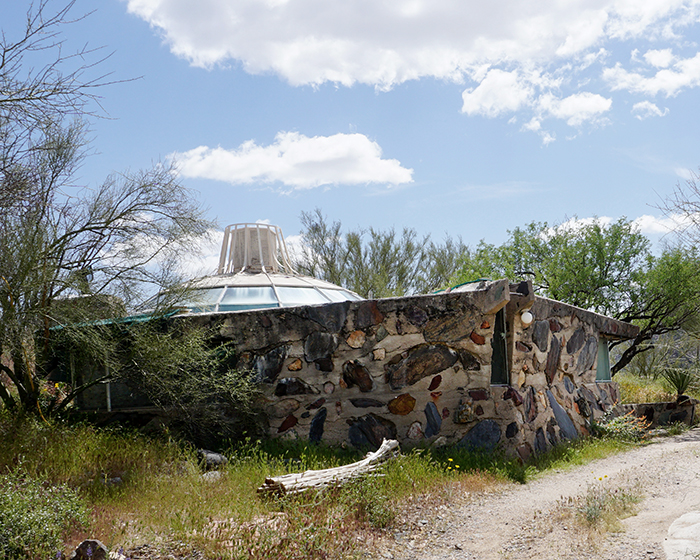 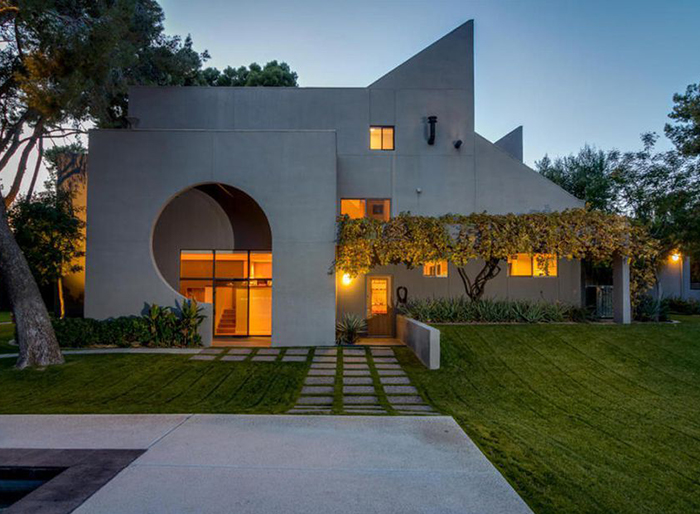 Also for sale is this 1981 Soleri house. His only solo single family house. It's located in Phoenix and is a lot bigger and considerably more expensive, currently listed at $1,879,000. That element on the front left is so Arcosanti. 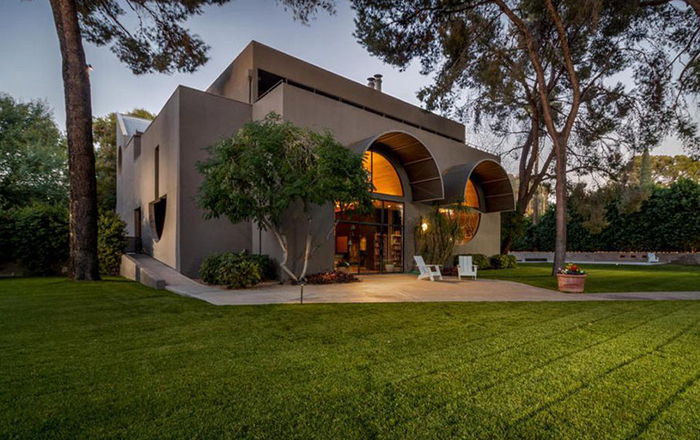 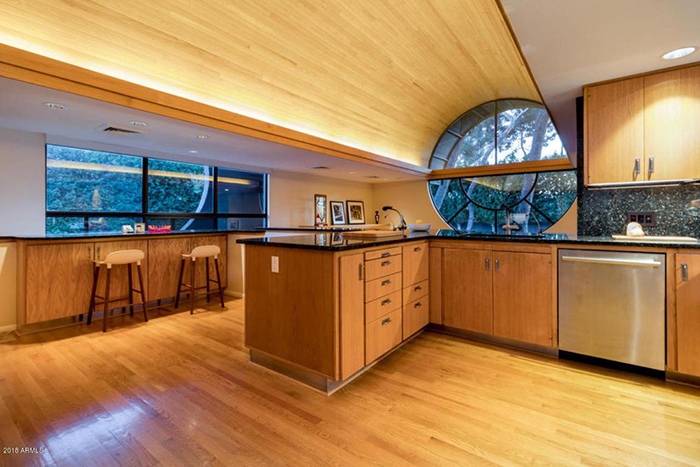 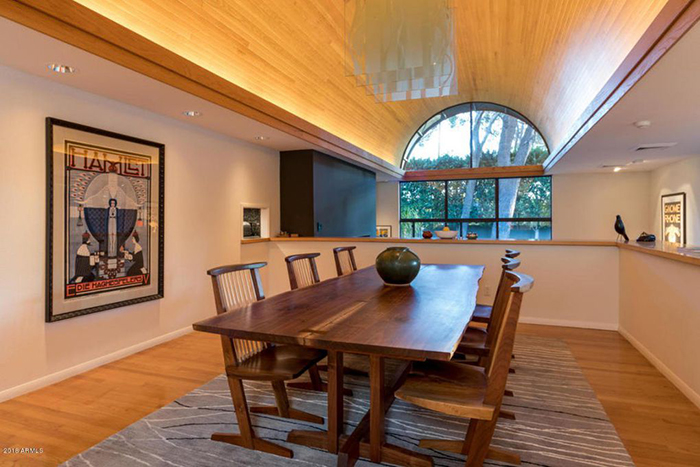 Considering the rest of the furniture, this is probably not a real Nakashima set.
Hi "Eames" bird. 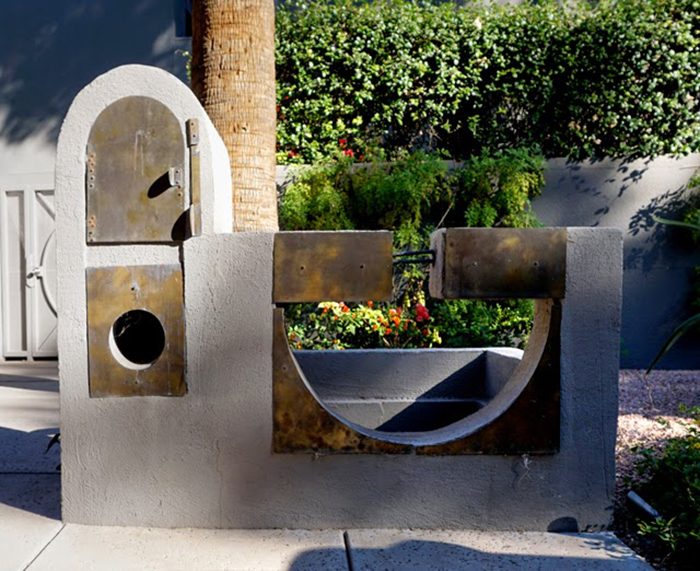 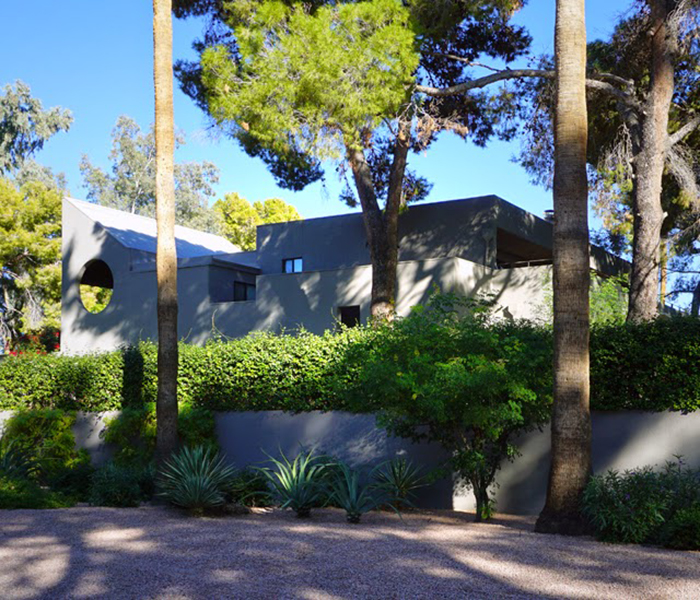 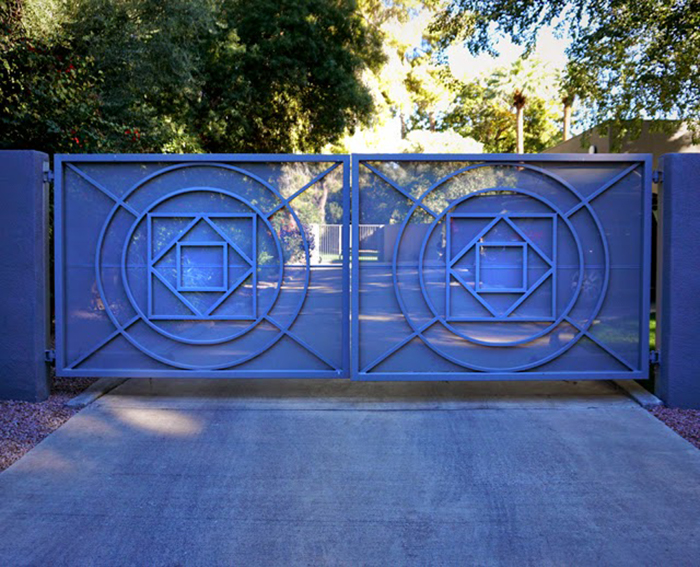 It's interesting that the only two Soleri houses not owned by the Cosanti Foundation are currently for sale. One has to wonder if this is fall out from his daughter Daniela's recent abuse allegations.