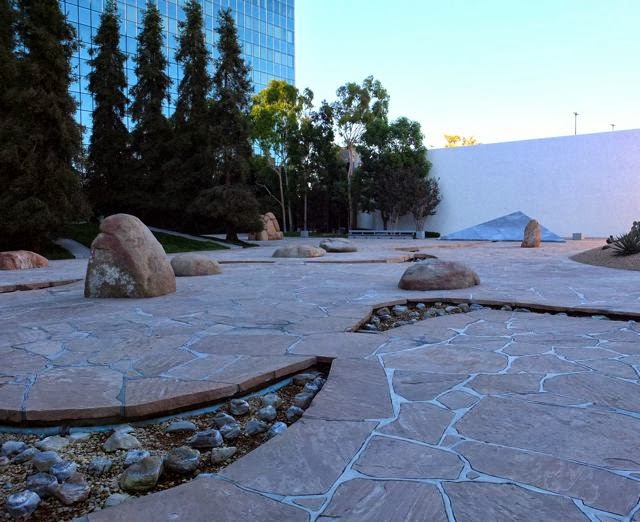 California Scenario by Isamu Noguchi, 1982 - Costa Mesa, CA
The garden was designed by Noguchi under commission from developer and philanthropist Henry T. Segerstrom.


Accorning to the the Noguchi foundation, "Noguchi conceived the project as an abstract metaphor for the state of California, from the Sierras, to the desert, to the woods. In addition to including redwoods and cacti, among other native plants, it encompasses a number of individual elements designed by the artist to evoke some of California’s salient characteristics. " 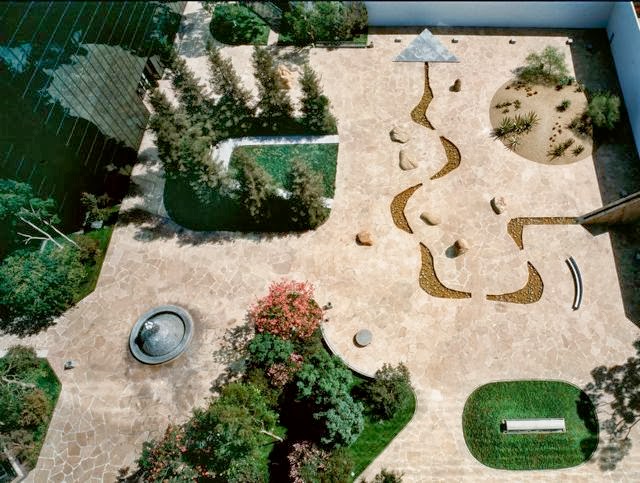 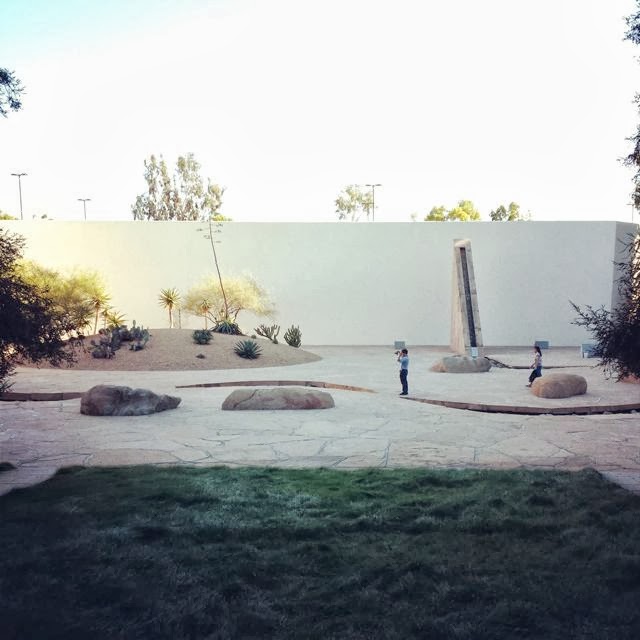 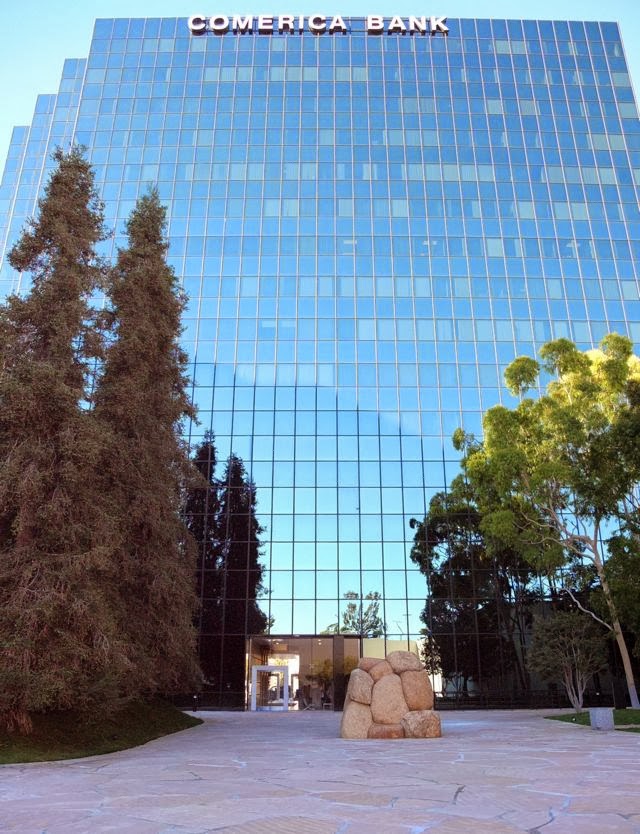 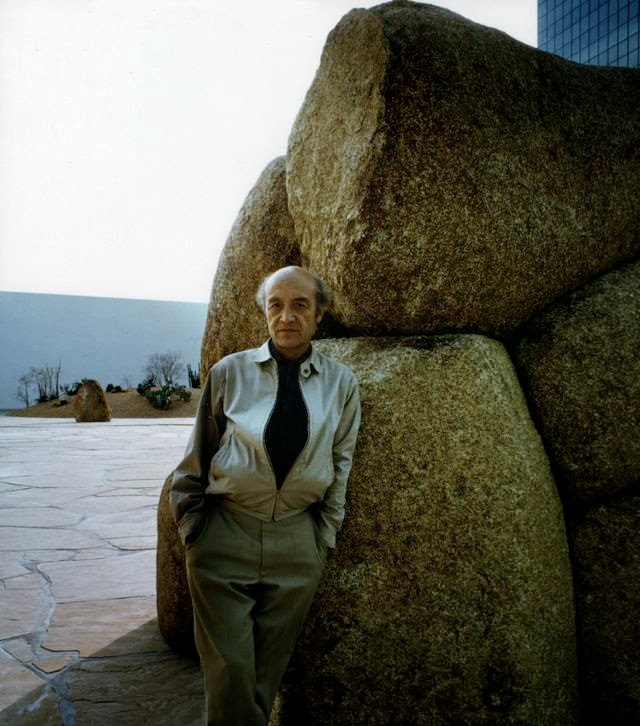 Isamu next to Spirit of the Lima Bean
Photo: Laguna Beach Info 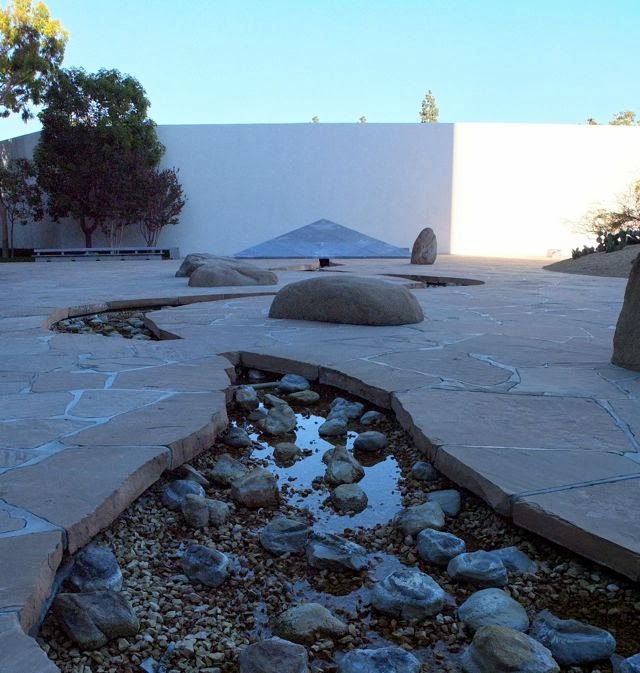 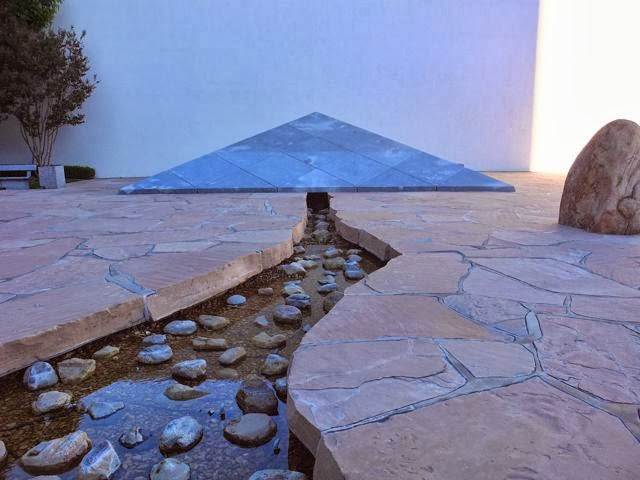 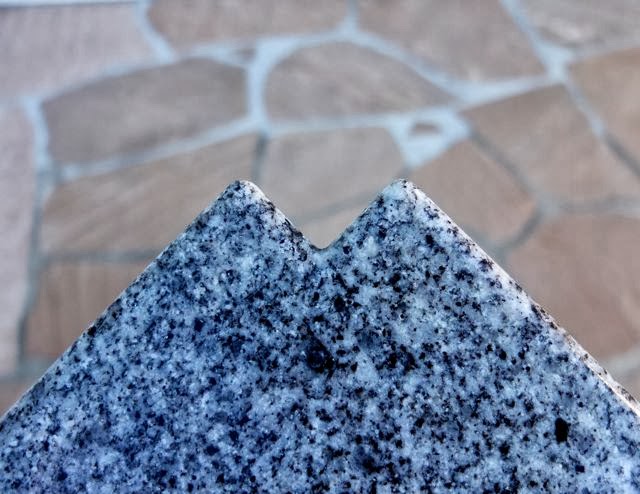 The tip of the granite wedge 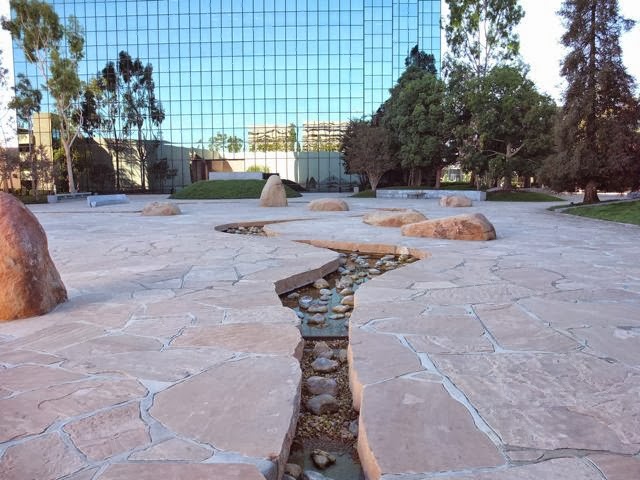 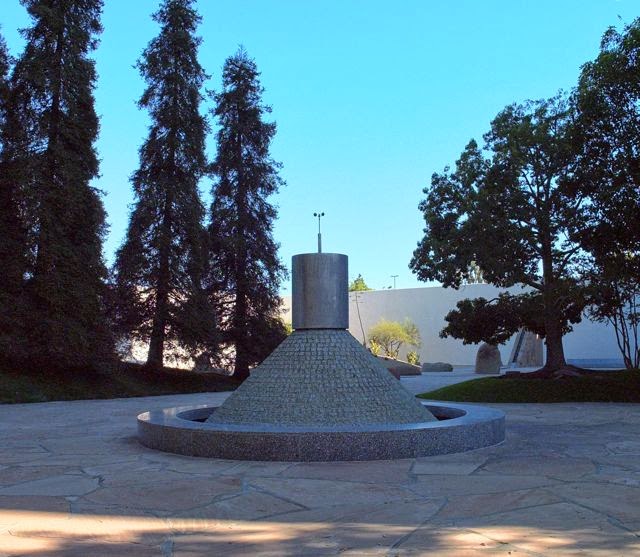 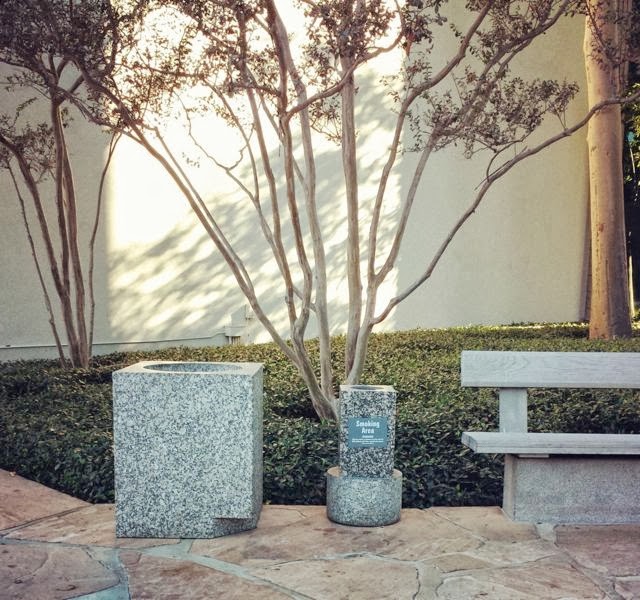 Noguchi street furniture. I wonder how much a Noguchi trash can would fetch at auction? 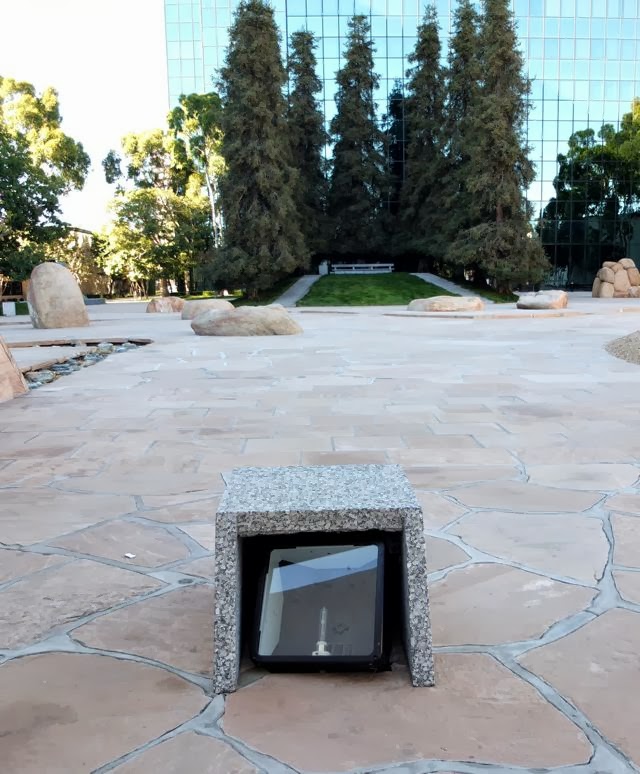 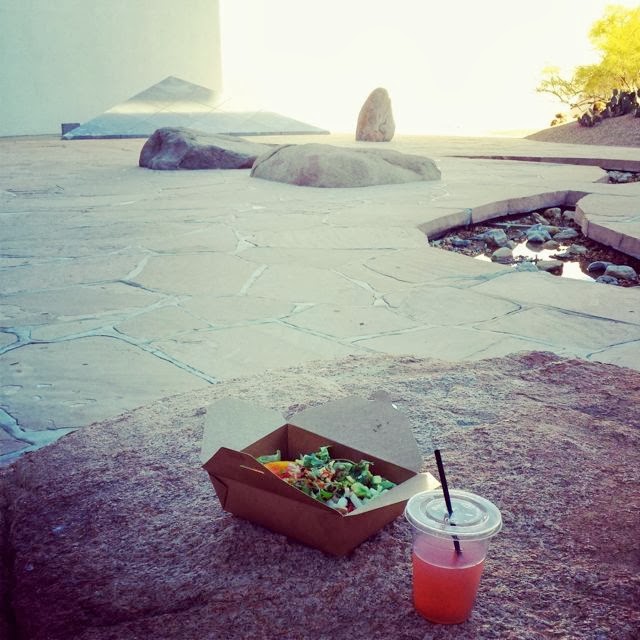 The best picnic spot in the OC 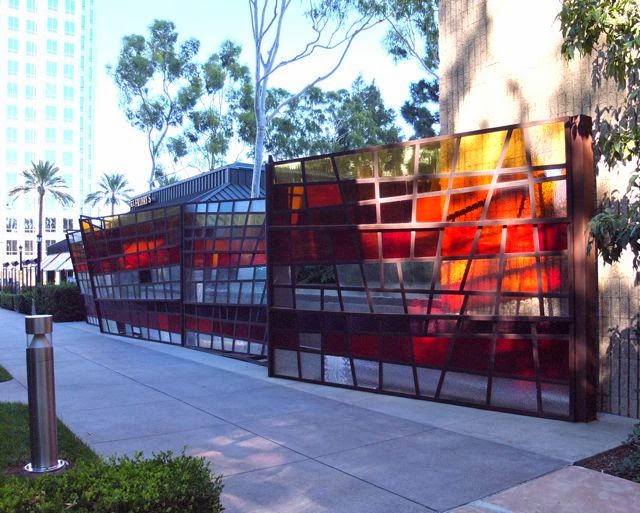 Sun Ribbon by Claire Falkenstein, 1982
Stained glass wind screen and steel gates. It was installed at the same time as Noguchi's California Scenario. 1982 photo of the original configuration.
Originally they served as one of three entrances into the Noguchi garden but have since been altered, and I think
moved, in a such a way that they don't serve as gates anymore. 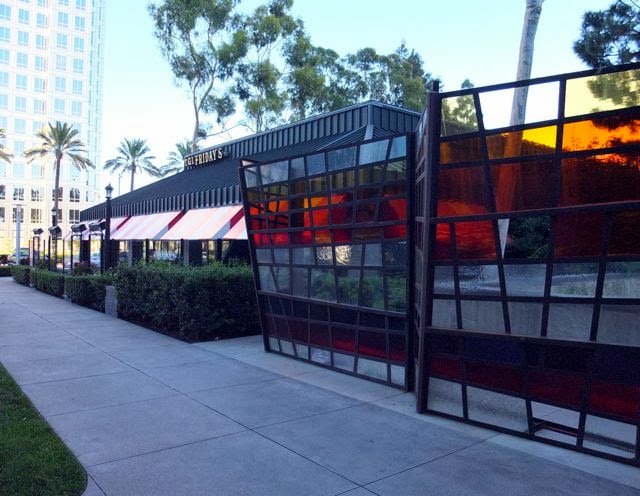 Now it's more like the gateway to TGI Friday's. 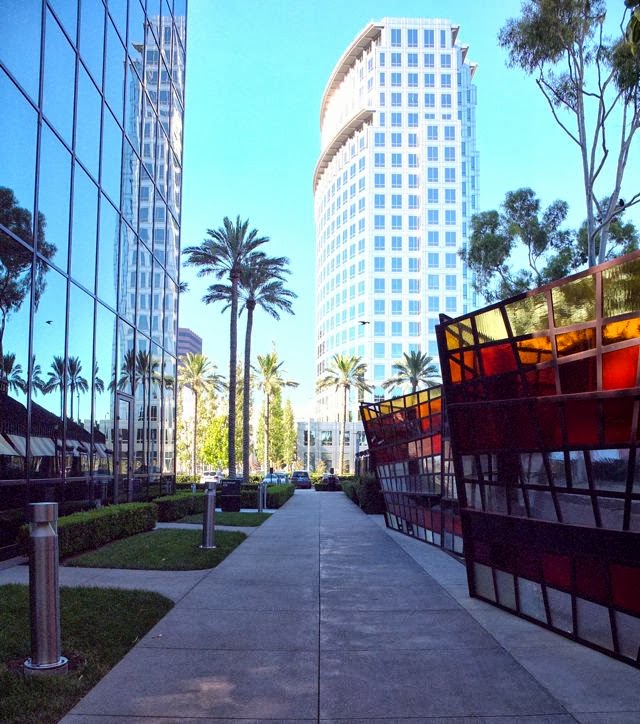