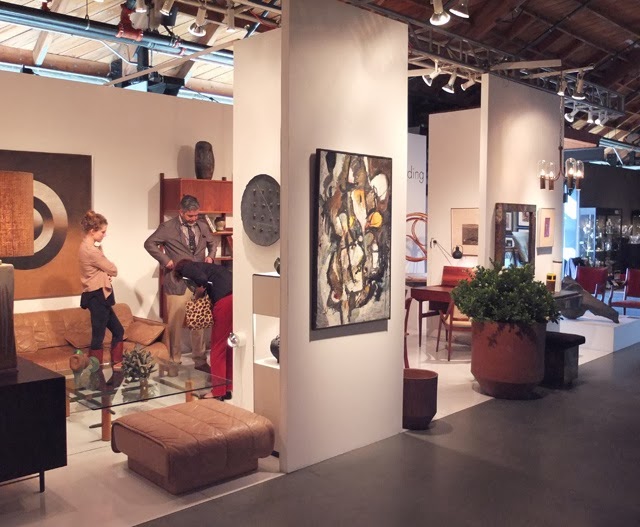 Gerard in action at the Reform Gallery / The Landing booth 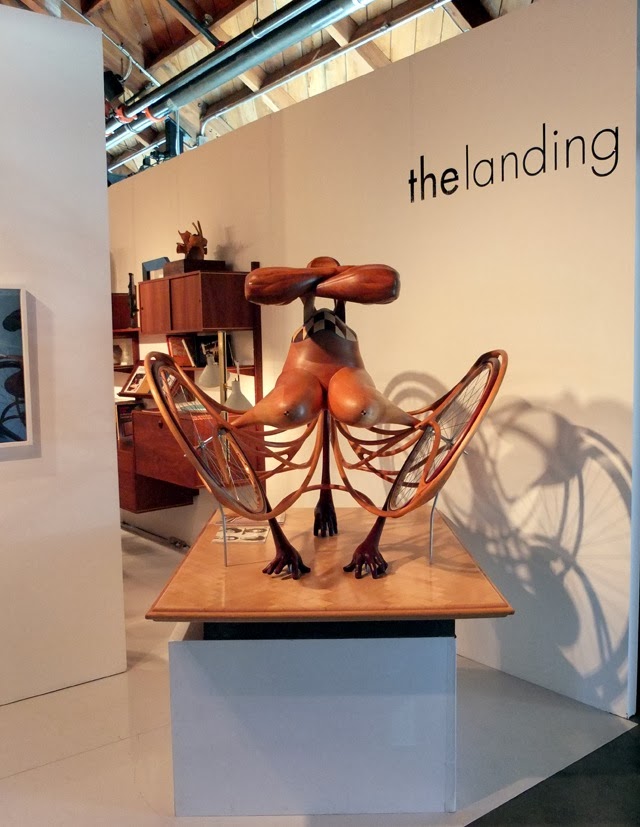 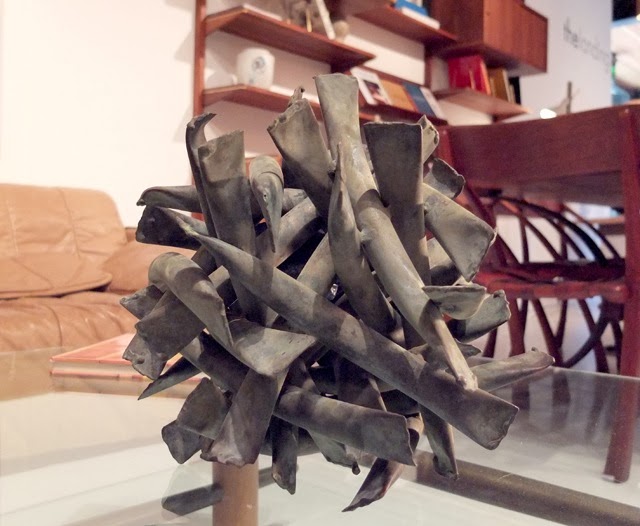 Claire Falkenstein at the Reform booth 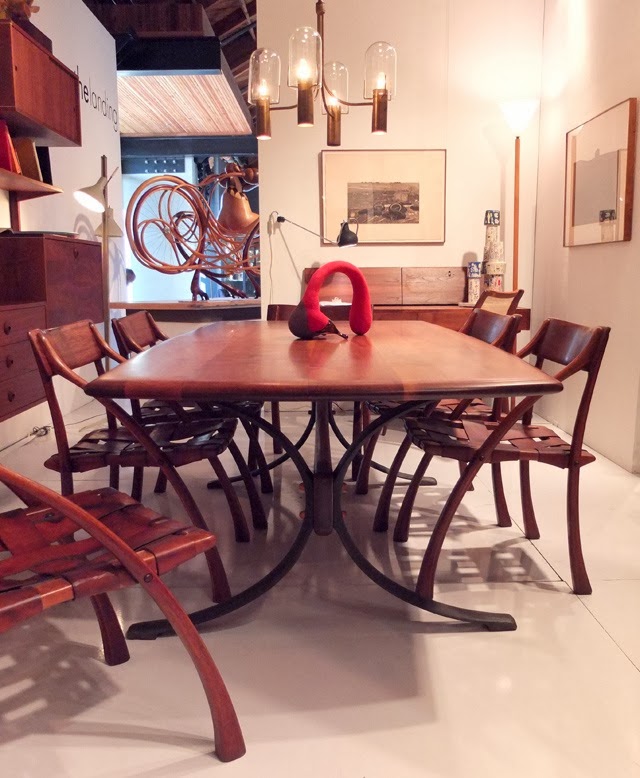 Espenet table with bronze legs and wishbone chairs at the Reform booth. Where else would it be? 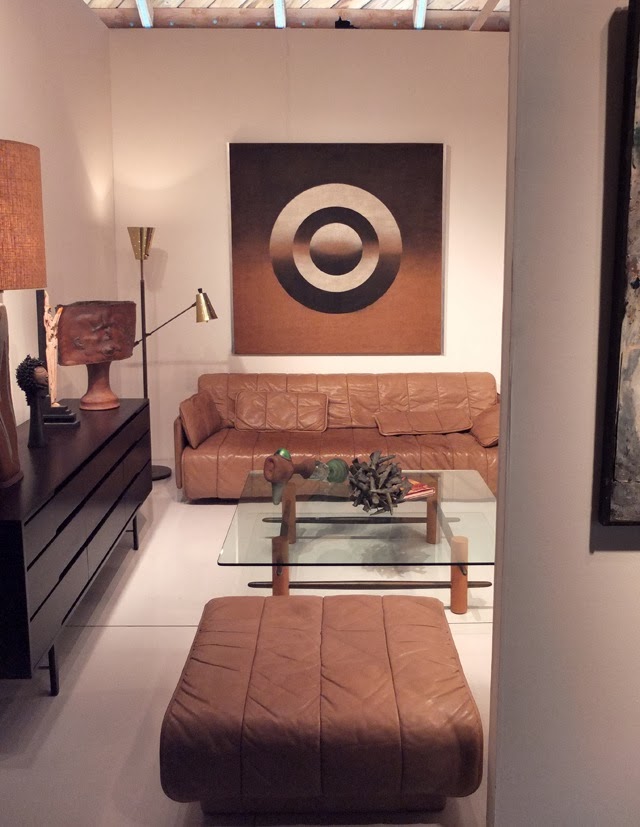 OK, this is the last one from the Reform booth.
I'm not usually a Robsjohn-Gibbings fan but that coffee table is kinda rad. 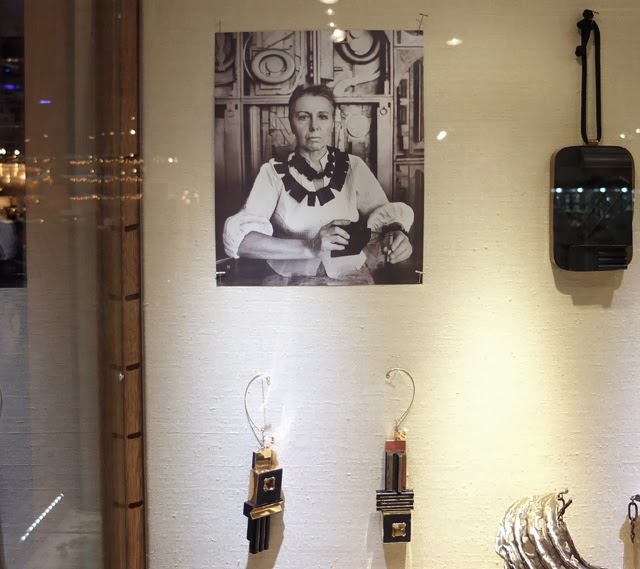 Along with the usual selection of amazing jewelry by the likes of George Rickey, Calire Falkenstein and Haryy Bertoia (that
I've posted about in the past) Didier was showing work by Louise Bourgeois. 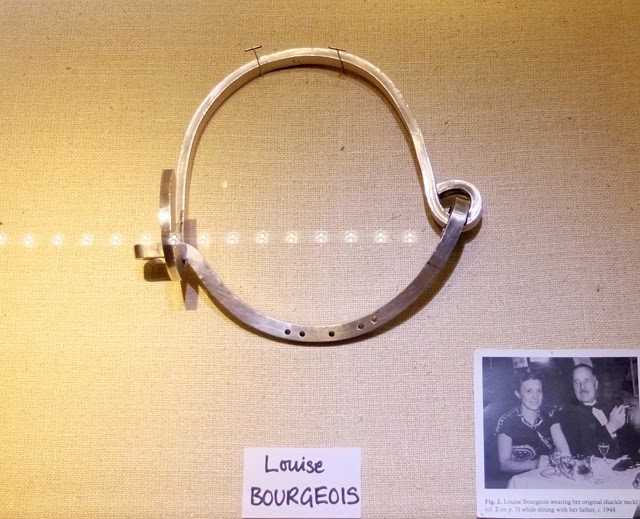 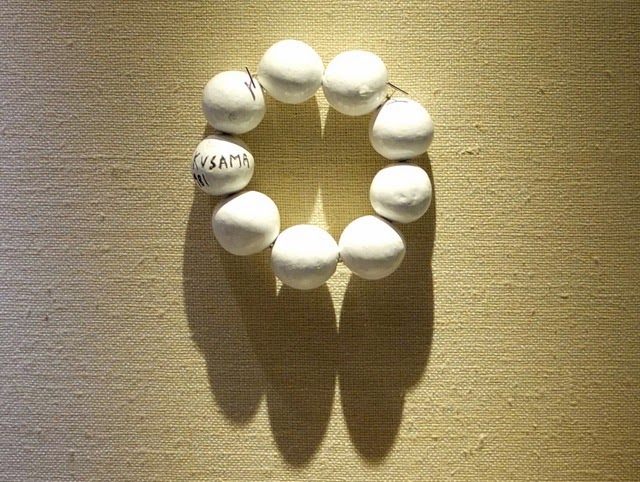 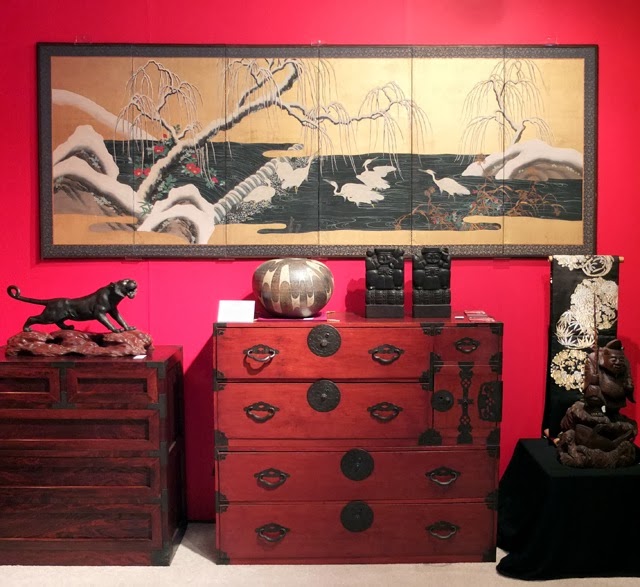 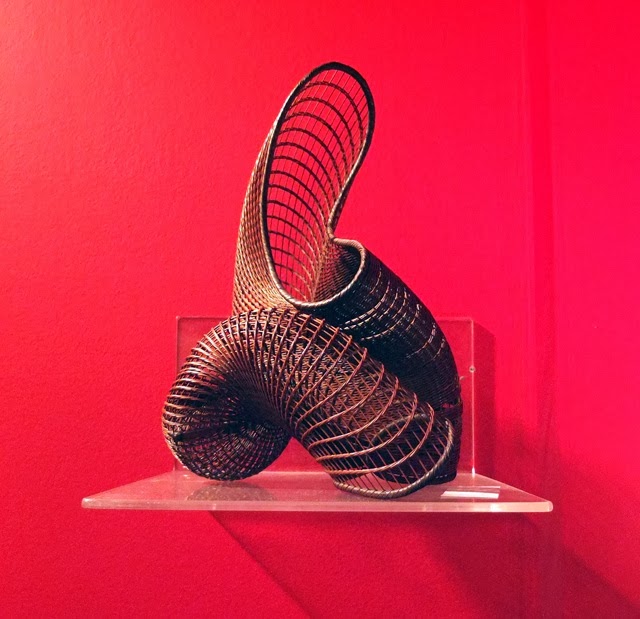 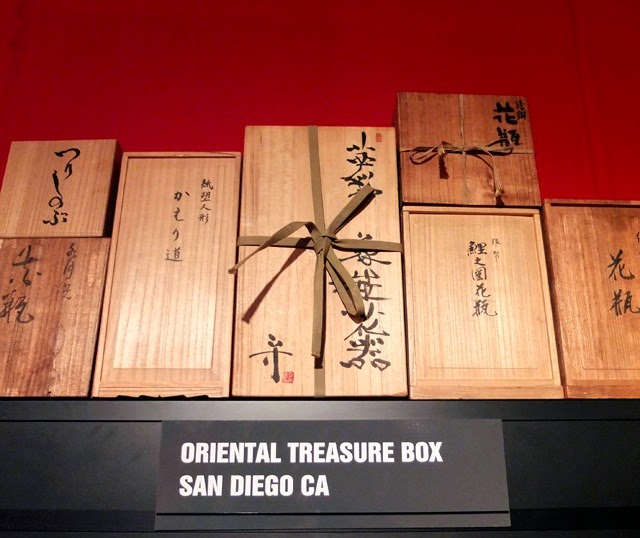 Robert from the Oriental Treasure Box gave me a lesson on presentation boxes. Those who know their stuff can tell a lot about an
artist/craftsperson just from the way the box is signed.  The one above with the bow is signed in a very confident and stylized script.
The logic goes that the piece inside should be a good one.  Since I know pretty much nothing about Japanese antiques,
I'm not sure if this was true or not. Nonetheless, they have great stuff, so if you ever find yourself in San Diego, I highly
recommend going by their gallery. Boomerang and Klassik are on the same street. 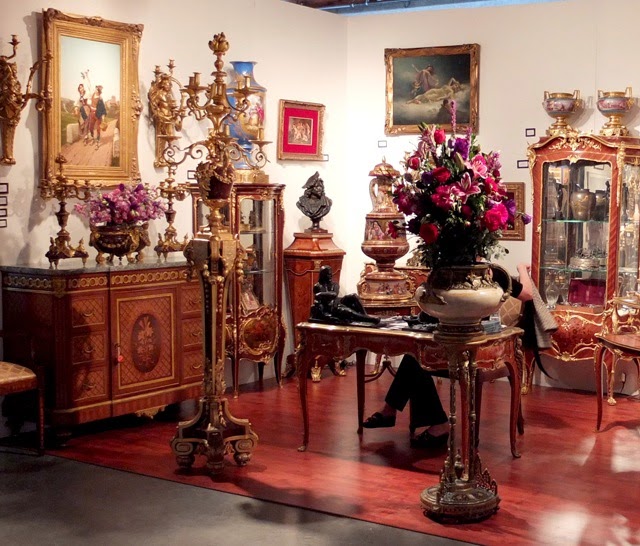 There were some good old fashioned ostentatious antiques as well.